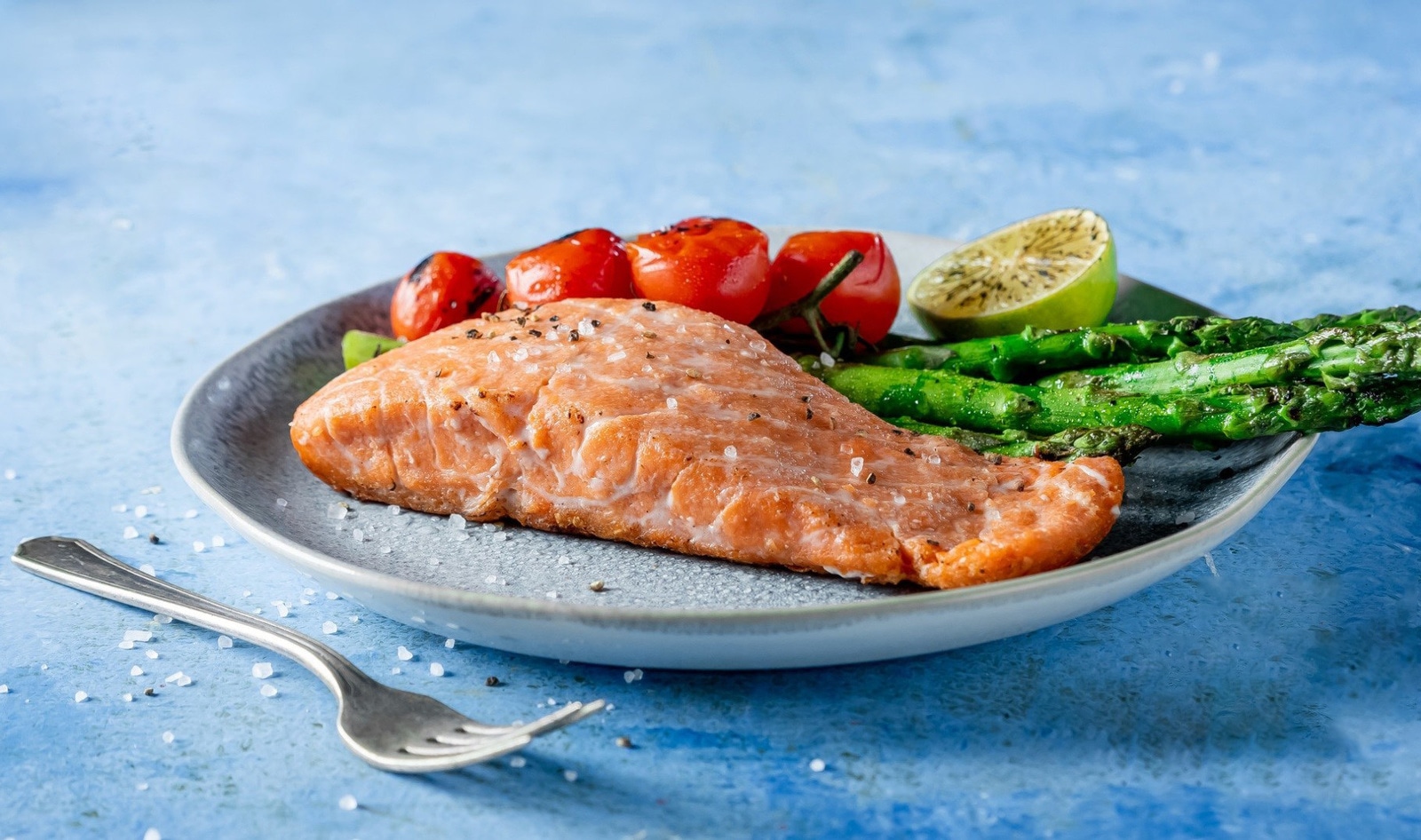 Israel-based startup Plantish has unveiled the world’s first vegan, whole-cut salmon filets. Its prototype Plantish Salmon was created to mimic its fish counterpart in every way, including a flakey texture, buttery mouthfeel, and fibrous structure to replicate the eating experience perfectly without the need to harm a single fish. To match the nutritional content of fish, the vegan salmon filets are high in protein, Omega-3s, Omega-6s, and B vitamins.

Most fish (80 percent) is consumed in whole-cut filets. Yet, most alternative seafood products are made to mimic ground fish. To address this market gap, Plantish created its salmon using a proprietary blend of plant proteins and patent-pending technology that produces a whole-cut filet that can be prepared in the same ways as traditional salmon, including poaching, grilling, and baking.

“We exist to save the oceans and eliminate the need to consume marine animals by providing more sustainable, more nutritious, and more delicious fish options,” Plantish Co-founder and CEO Ofek Ron said in a statement. “Our vision is to be the world’s leading seafood brand, all without hurting a single fish.”

The startup just raised a $2 million seed funding round to fund that mission, which included participation from Michelin-starred chef José Andrés and content guru Nuseir Yassin of Nas Daily. Plantish will use the funding to scale production of its whole-cut salmon to make it an affordable and viable swap for fish at restaurants. The six-month-old startup plans to showcase its realistic salmon at select pop-ups by the end of the year and aims for a wider launch by 2024.

Fish-free filets to save the ocean

The industrial fishing industry is responsible for grave environmental damage. Fish pulled from the ocean are also increasingly filled with microplastics due to human pollution. While Plantish is unique in creating a whole-cut filet, a growing number of startups are tackling the global fish industry, which is worth $586 billion.

Another plant-based company working to challenge the $50 billion salmon industry is Good Catch Foods. This week, the company launched its first plant-based salmon product, a burger made from its six-plant protein blend (peas, soy, chickpeas, faba beans, lentils, and navy beans). The brand—which also makes vegan tuna in pouches and seafood appetizers and entrées—developed the new fish-free burger to give American consumers an alternative to salmon, the most-consumed fish in the country.

In Hong Kong, OmniFoods—known best for its plant-based pork products—recently released OmniSeafood last year. The brand is initially tackling alternatives to canned tuna, breaded fish, and filets and aims to release its OmniSalmon in the near future.

Another solution to protecting the oceans is cellular aquaculture, a way to grow real fish meat in a lab setting using a small amount of cells. Several startups are making exciting advancements in this space. California-based Wildtype’s pilot plant recently became operational with a near-term capacity of producing approximately 50,000 pounds of seafood per year through cellular aquaculture without the need to slaughter a single fish. At maximum capacity, the plant will be able to produce upwards of 200,000 pounds of slaughter-free seafood annually.

While regulatory approval of meat made in this way is still pending in the United States, Wildtype is already looking to showcase its sushi-grade salmon at a first-of-its-kind sushi bar adjacent to its pilot plant. Once regulatory approval is granted, national seafood chain Pokeworks has committed to putting Wildtype’s cultivated fish on its menus.

Down in San Diego, startup BlueNalu is working on a similar mission of bringing cultured fish to market without the need to disseminate the ocean. The startup recently raised $60 million in debt financing to fund the next leg of its commercialization, which includes building out a 38,000-square-foot facility where it will produce mahi mahi and premium bluefin tuna that it plans to test with foodservice partners pending regulatory approval.

Singapore is currently the only place in the world that has granted regulatory approval to cultured meat when it cleared chicken nuggets made by GOOD Meat (a subsidiary of California-based Eat Just) for sale in 2020. Innovation in the cellular aquaculture space is exploding in Singapore, with woman-led companies such as Shiok Meats (which are working on crustaceans such as crab, lobster, and more) leading the way.