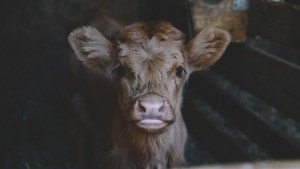 Charitable foundation Beyond Cruelty is urging the UN to tackle animal exploitation. Beyond Cruelty maintains that the UN’s list of 17 Sustainable Development Goals (SDGs) must be updated to include animal welfare.

The 17 SDGs see the UN’s Member States coming together to create a more sustainable future by 2030. It includes targets like No Poverty, Zero Hunger, Clean Water and Sanitation, Climate Action, and Responsible Consumption and Production.

The Swiss-based Beyond Cruelty maintains that the UN’s 17 SDGs are not achievable without committing to zero animal exploitation.

For instance, SDG 14 (Life on Water) aims to improve conservation, but it also promotes fishing. And SDG 15 (Life on Land) targets deforestation but does not address animal agriculture. Yet according to Greenpeace, agriculture is to blame for around 80 percent of global deforestation. It’s also a major contributor to habitat destruction and biodiversity loss.

Claire Smith, President of Beyond Cruelty, said in a statement: “None of the SDGs even mention the 70 billion land animals and possibly 1 trillion marine animals killed every year for the purpose of human consumption.

“They also ignore many of the other highly damaging aspects of animal agriculture including inefficient use of resources, amount of greenhouse gases emitted, and waste that poisons rivers.”

“This is a major omission and it’s why we’re proposing the addition of SDG 18 – Zero Animal Exploitation, to accelerate the transition to a compassionate, kinder, cleaner and healthier world for all.”

Beyond Cruelty was founded by the team behind Beyond Investing and Beyond Impact. These organisations launched a myriad of vegan-friendly financial products including stock indexes, public markets and venture capital funds. It’s also behind integrated digital platform Beyond Animal, which was designed to ‘veganise’ the economy.