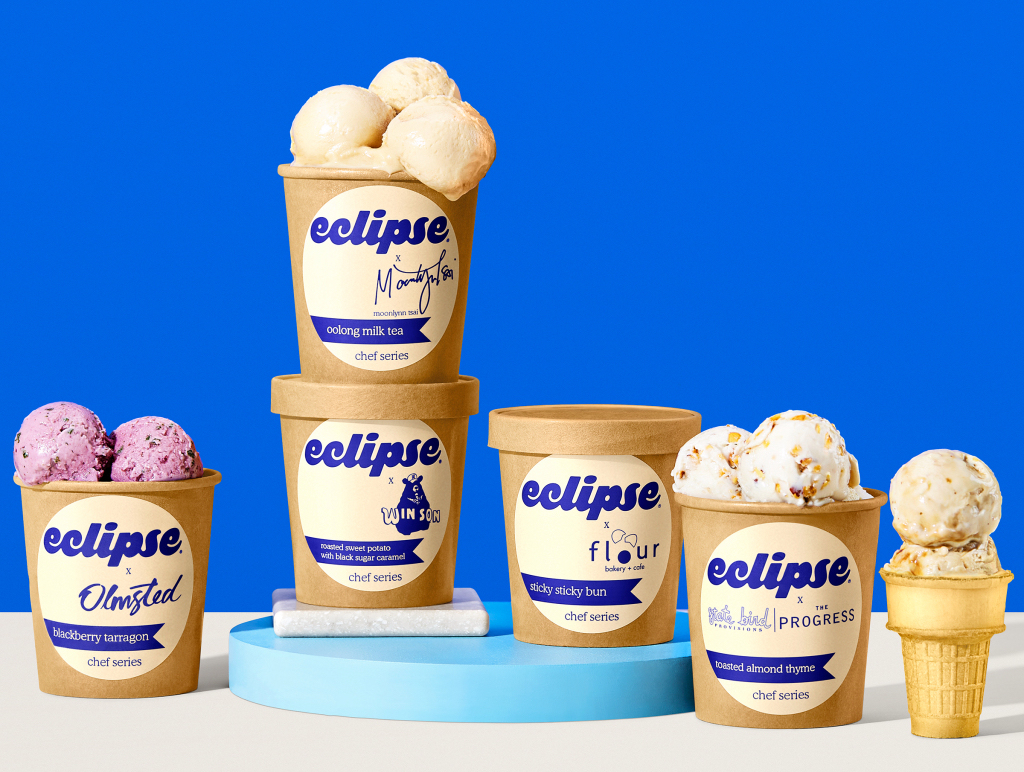 The new funding brings Eclipse’s total raise to more than $60 million, with investments coming from Alexis Ohanian, the Founder of Reddit and Serena Williams’ husband, as well as Seth Goldman, the Chairman of Beyond Meat and Founder of Honest Tea. The funding will go to support product development and help to secure new retail placement and broaden product awareness.

Since its launch in 2019, Eclipse Foods has been on a mission to create plant-based dairy products that taste and perform like conventional dairy. Its vegan ice cream now comes in more than two dozen flavors including Cookie Butter, Caramel Butter Pecan, Dark Side of the Spoon, Mango Passion Fruit, Vintage Vanilla and Mint Chip. The products are free from top allergens including soy, nuts, and wheat. The formulations for its dairy-free products is made from cassava, corn, and potato, and, according to the brand, can create “virtually any plant-based dairy product, from cheeses to spreads to desserts, that replicate the taste, texture, and functionality of traditional dairy.”

Co-founded by industry experts Aylon Steinhart and Thomas Bowman, Eclipse Foods’ mission is to create sustainable and healthy options to help transform the food system. Steinhart, who serves as CEO, hails from the the Good Food Institute, where he was immersed in the alternative protein industry, and Bowman is a James Beard-nominated chef who has worked in more than a dozen Michelin-starred kitchens.

“With 10 billion people to feed by 2050, we recognized that global diets must change,” Steinhart said in a statement. “Consumers want more than just a dairy alternative like almond milk—they want a true replacement. Our plant-based dairy platform uses micelles (the microscopic magic of milk) to create the replacement products that consumers have been craving, and our growth over the last three years is a testament to that.”

One of the main reason consumers avoid plant-based dairy products is taste, according to Bob Roe, Vice President of Narrative Development at Sozo Ventures. “As self-proclaimed ice cream lovers, our team at Sozo Ventures recognized that Eclipse’s ice cream is in a league of its own after just one bite,” Roe said in a statement. “Seventy percent of the world’s population is lactose intolerant and with the alternative protein space projected to grow to $1.4 trillion by 2050, Eclipse is positioned to completely transform the dairy industry with its proprietary plant-based dairy platform.”

The market has been receptive to Eclipse; the company says it’s seen a 2100 percent increase in its retail presence year on year, with placement now at Whole Foods, Albertsons, and Vons, among others. A key focus now is also in food service, the company says. It’s begun working with restaurants, burger chains, ice cream shops, stadiums, and more. Its most recent restaurant partnership is with Smashburger in the country’s first nationally available non-dairy milkshakes at a fast-casual restaurant chain. It also marks Smashburger’s first plant-based menu item.