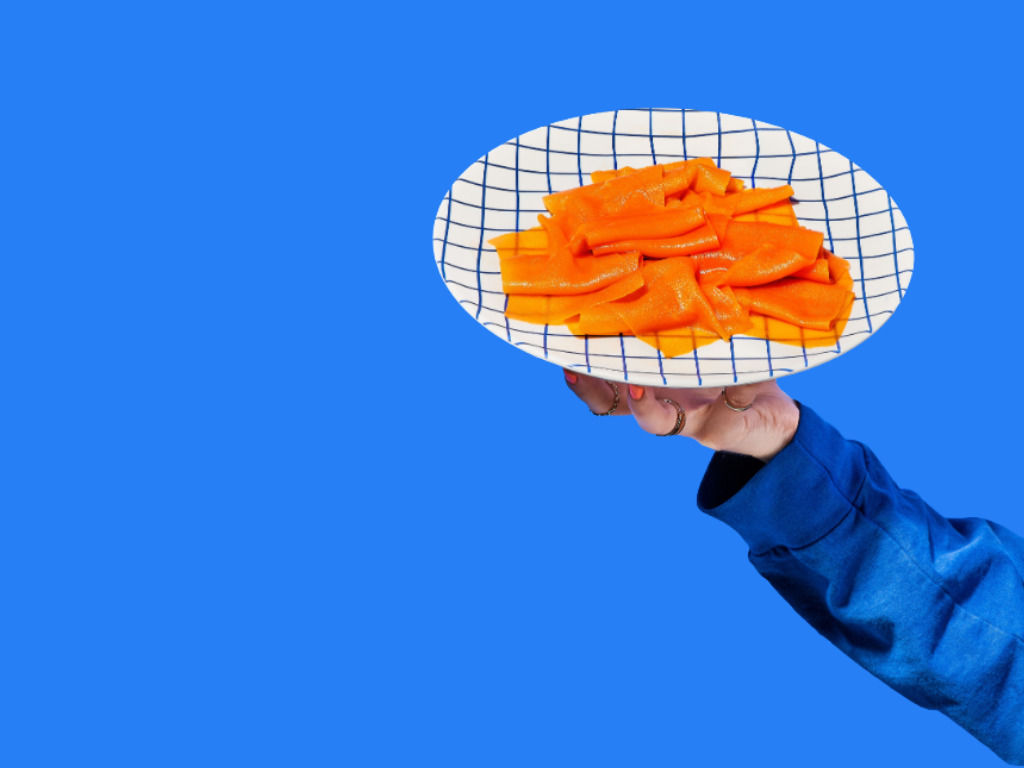 Current Foods likens itself to Beyond Meat in that it tries to capture the most realistic texture. The startup seeks to recreate the taste and texture of tuna and salmon, using plant combinations that often prove surprising. Bamboo, algae, and potatoes have been used together to create seafood that competes on a nutritional level with conventional seafood, but with no toxins or cholesterol.

The alternative seafood market is growing exponentially. As meat analogues become less novelty, startups are turning their attention to replacing fish and seafood, in a bid to save the oceans and tempt different consumers to the plant-based side. “[We] feel we have invested in the Beyond Meat of seafood,” Ray Lane, managing partner at GreatPoint Ventures said in a statement. “With the earth’s growing population eating the foods we love, we are paying the ultimate price: global warming, eroding health, and dwindling protein sources.” Current’s smoked salmon, alongside its sushi-grade tuna analogue, was made available directly to consumers in February this year. The move followed products largely only being available to foodservice partners previously, though the whole-cut tuna was sold at Los Angeles-based health food shop Erewhon. At the time, Adrienne Han, vice president of consumer marketing for Current Foods, stated that the company was on a mission to make its products as accessible as possible. Direct to consumer and, eventually, retail channels were listed as priorities.

Fresh seafood has been hit by the soaring rate of inflation. Rising diesel costs and unavailability of containers mean that trawlers are increasingly being kept in port, leading to a shortage of products hitting the market. Those that are presented are demonstrating far higher prices than normal. This presents an opportunity for alternative seafood manufacturers, who can satisfy domestic appetites for seafood, without having to hike their costs. “Seafood is by far the largest segment of price increase because it has such a wild supply chain…but we can afford to grow our business with healthy margins,” Jacek Prus, founder and CEO of Current Foods told Forbes. Consumers are playing their part too. A surge in plant-based seafood interest has been widely attributed to savvy eaters looking for healthy alternatives to fish meat, which has been identified as a source of heavy metals, microplastics and toxins.

Plant-based salmon is proving to be a highly competitive market, especially in the ultrarealistic niche. Multiple players are seeking to bring products to market that replicate not just the taste, but also the structure and nutrition of conventional salmon fillets. Austria’s Revo Foods unveiled its most realistic analogue to date earlier this month. The startup claims that in a public tasting, diners questioned if the fillet was actually vegan, as they were so convinced it was real fish. The product unveiling came alongside Revo scooping €2.2 million from the Austrian Research Promotion Agency, to continue its work with 3D-printed seafood. Over in Israel, Plantish is looking to speed up its route to market. The alternative seafood startup debuted its hyperrealistic salmon fillet on social media at the start of the year and has since gone on to bag $12.45 million to scale production. The raise represented the largest seed round ever completed by an alternative seafood interest and followed a $2 million pre-seed round. Plantish hopes to be launching commercially within two years, starting with foodservice channels.

All photos by Current Foods, unless stated.