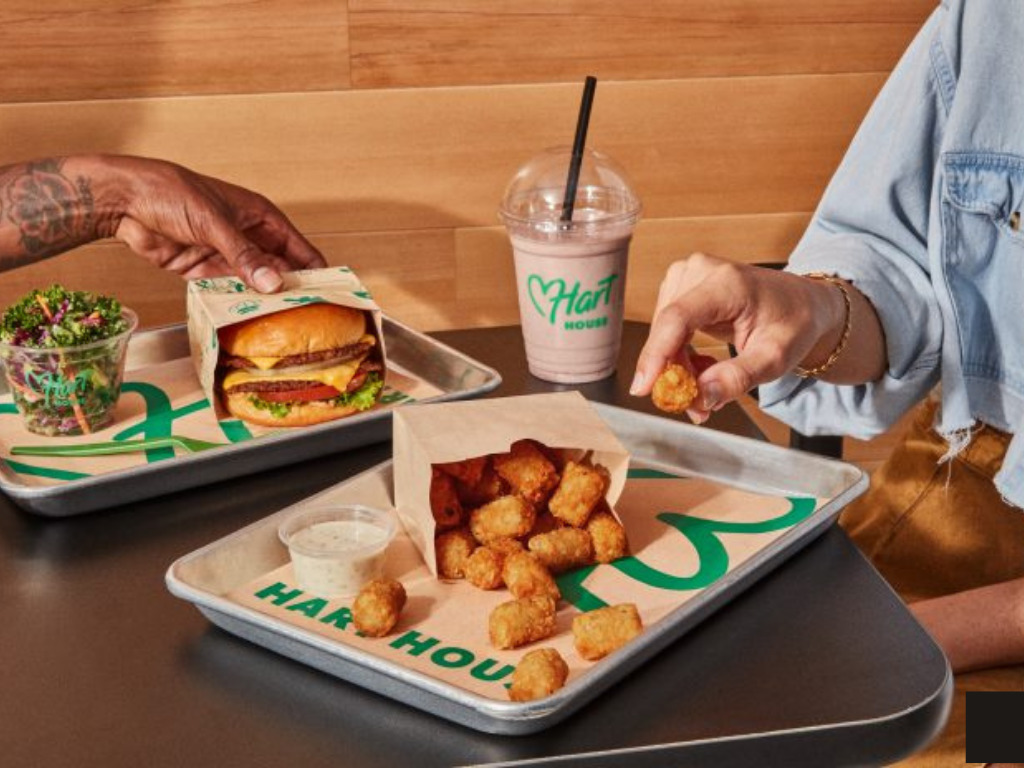 Comedian Kevin Hart has announced that he is entering the quick-service restaurant sector. The Fatherhood star is set to open two Hart House locations in 2022, the first this summer. The restaurants will be 100 percent plant-based and serve food that hart calls “crave-able”, while also being sustainable and affordable.

Founding a restaurant during Covid-19

“Kevin sort of conceptualized this idea at the beginning of the pandemic,” Andy Hooper, CEO of Hart House told Los Angeles Mag. “If I were advising him at the time, I would say, ‘Don’t you dare ever start a restaurant, and don’t you ever start a restaurant in the middle of COVID,’ but after almost two years of really working on this menu and getting the food to a place where it can deliver on that promise, we’re ready to go and we’re excited to tell the world about Hart House and excited to serve the food.”

Menu items include favourite fast-food staples, including burgers, chicken sandwiches, nuggets, fries, and milkshakes, alongside salads and other sides. Everything is also free from artificial colours, preservatives and corn syrup. The underlying motivation is to give people access to the food they enjoy, but healthier and without any compromise on taste or price. In order to guarantee the eating experience, Hart House poached Chef Michael Salem from Burger King, where he served as head of culinary innovation, bringing the Impossible Whopper to the menu.

​​“I’ve seen too many animals die. I’ve been too guilty about the food I’ve been serving the community, making people really unhealthy for a long time, and I just don’t think it’s necessary, Salem said. “I think this is really the future of fast food, so that’s why I took the gig. I just thought it was an incredible chance to really make a difference and leave a legacy on food service and an industry that’s been so good to me.”

Vegan food not designed for vegans

The menu at Hart House has been developed with carnivores in mind. Vegans, flexitarians and vegetarians are welcome, but the development team wanted to steer clear of making food just for vegans.

“When it comes to vegans making food for vegans, I think if you’re immersed in that food too much, you can lose sight of what the carnivores truly want, so as we curated this menu, we really developed it as carnivores,” Salem iterated.

Hart recently confirmed his own move to a predominantly plant-based diet. He has cut red meat, fish and seafood from his food, following a serious accident that led him to reevaluate his life choices. The star is also a frequent muse for vegan meat company, Beyond Meat, having recently starred in a campaign about the burgers for grilling season.

Hart is not alone in looking to bring plant-based food to consumers, via fast-food favourites. British FI Champion Lewis Hamilton’s U.K.-founded burger chain Neat Burger is looking at international expansion, alongside a Series B funding raise. A permanent Manhattan location has been confirmed after a successful pop-up in New York. Leonardo DiCaprio has come on board as a strategic investor, committing to the Series B early.

In May, 21-time Michelin-starred chef Alain Ducasse revealed he had opened a plant-based burger kiosk, in the Bastille region of Paris. Designed to assess demand for such items, the pop-up serves vegan burgers that don’t masquerade as conventional meat, but instead, are made using local produce. The dishes are intended to combat both unhealthy consumption and food waste. Sides and desserts are offered alongside burgers, both of which have been given a gourmet vegan twist.