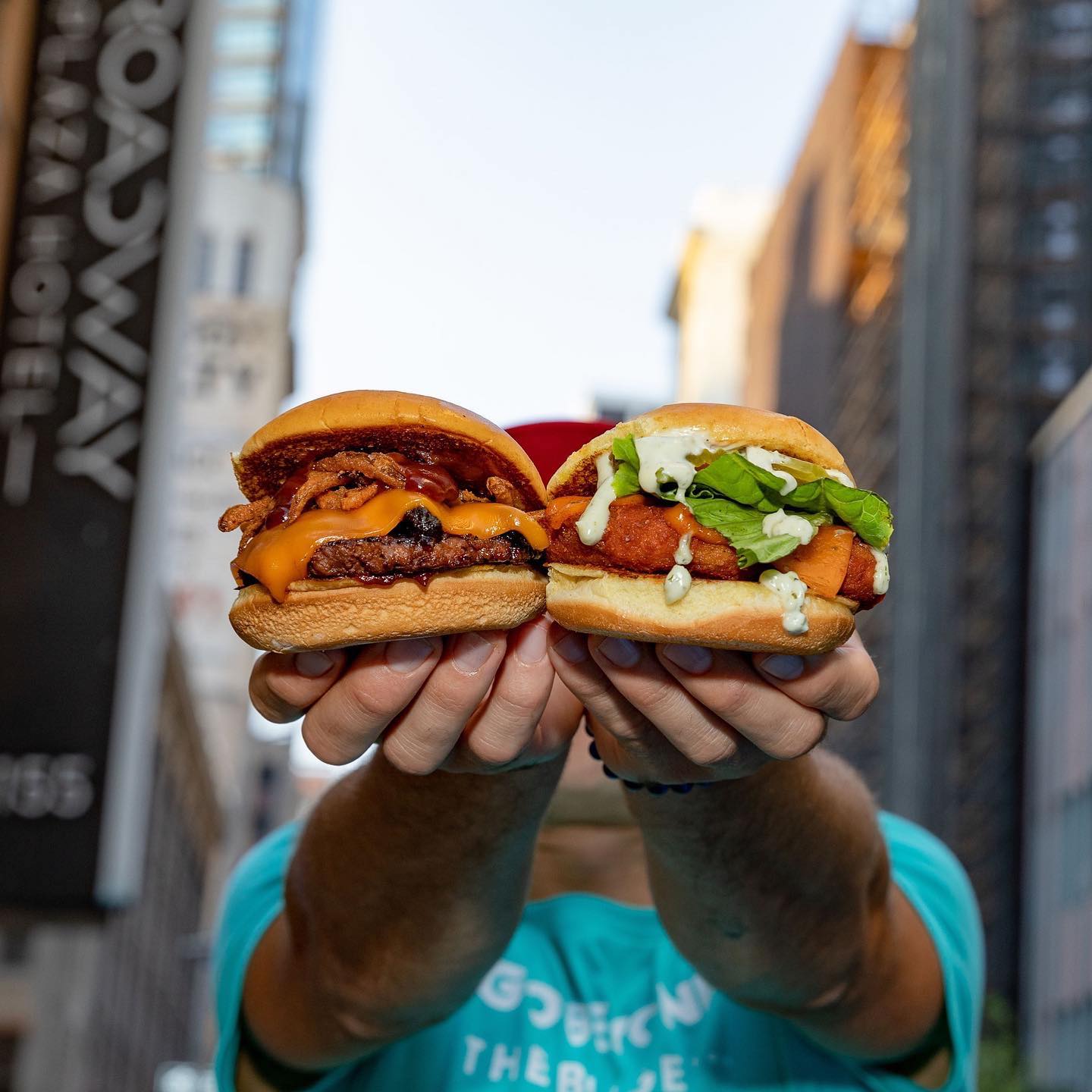 Dedham, MA (September 6, 2022) – PLNT Burger – the plant-based, fast casual restaurant concept dedicated to crafting and redefining some of America’s favorite foods like burgers, soft-serve and more – announced today it will be increasing its presence in the Boston area with an additional location inside Dedham’s Whole Foods Market at 300 Legacy Place.

This marks the 13th location for PLNT Burger, following the opening of a flagship location in New York City’s Flatiron Nomad neighborhood in late July, and their first Boston location in the Ink Block development in April.  With locations throughout the Mid-Atlantic, Northeast and New England, PLNT Burger’s 100% plant-based menu offers a variety of familiar, American, fast-food favorites.

“It’s a homecoming for me to launch PLNT Burger in Dedham, where I went to high school,” said co-founder of Honest Tea and PLNT Burger, and board Chair of Beyond Meat Seth Goldman. “I can’t wait to enjoy a Mushroom Bacon BBQ Burger with my wrestling coach!”

“We are excited to collaborate with the PLNT Burger team to offer their delicious plant-based burgers at our second location in Massachusetts,” said Bill McGowan, Executive Leader, North Atlantic Region at Whole Foods Market. “Our Dedham store is truly a culinary destination where customers have come to expect high quality and innovative meals and we’re thrilled about the opening of this venue and our continued collaboration with PLNT Burger.”

Committed to empowering consumers to “Eat the change you wish to see in the world,” PLNT Burger aims to redefine fast-casual dining with the belief that sustainable, plant-based food can, and should, taste great while reducing environmental impact, in comparison to its animal-based counterparts.

Menu highlights include the iconic PLNT Cheeseburger- a single plant-based patty with caramelized onion, melted vegan cheese, tomato, lettuce, pickles, and PLNT’s signature sauce on a butter-toasted potato bun, as well as the Crispy Chick ‘N Sandwich- a chik’n patty fried in sunflower seed oil, tossed in a housemade spice blend, and served with pickles and garden herb aioli on a potato bun. Popular side items like the Crispy Herb Fries and Wavy Sweet Potato Fries are accompanied by a selection of house-made sauces, along with a lineup of creamy milkshakes made from oats. PLNT Burger’s menu will be available for dine-in, take-out, or delivery via the PLNT Burger website and app, in addition to Doordash, Grubhub and UberEats.

PLNT Burger’s Dedham location will continue its partnership with Lovin’ Spoonfuls in support of its mission to facilitate the rescue and distribution of healthy, fresh food that would otherwise be discarded throughout Greater Boston. As part of the partnership, PLNT Burger will donate one Lovin’ Spoonfuls meal for every PLNTY Meal sold.

About PLNT Burger:  Founded in 2019 by social entrepreneur Seth Goldman and celebrity chef Spike Mendelsohn, PLNT Burger is a quick-service restaurant concept dedicated to crafting and redefining some of America’s favorite foods with eco-conscious, plant-based alternatives. With a focus on juicy, indulgent burgers, soft-serve ice cream and savory snacks, PLNT Burger’s mission is to provide each and every person with the ability to “eat the change” with delicious foods they love and crave. PLNT Burger offerings are free of any animal products, without compromising flavor or experience.