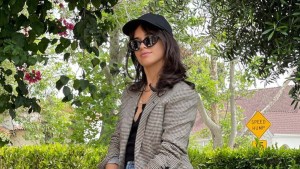 Singing sensation Camila Cabello has revealed she’s on the hunt for vegan Thanksgiving recipes this year.

The Havana singer made the comments on the podcast Home Cooking, hosted by Samin Nosrat and Hrishikesh Hirway.

Here, she addressed how difficult it is to find “ethically sourced meat or turkey” in Miami, where she lives.

Cabello sent in a question calling for vegan options as it’s her first Thanksgiving cooking herself. She added that she’s neither vegetarian nor vegan “all the time,” but that she enjoys eating vegetables.

For Thanksgiving, she is looking for recipes to satisfy vegans and non-vegans, she said.

The hosts replied that it had been a hot topic this year. And, recommended replicating dishes with vegan giant Beyond Meat.

She said: “I’ve had Beyond Meat on a vegan burrito with a bit of cheese and it tastes amazing. It tastes just like meat.

“But then when I try to do it myself, something tastes like plastic to me. So maybe I just need to add more spices.”

According to reports, Cabello credits her boyfriend, Shawn Mendes, for her newfound healthy eating habits. “Shawn has influenced me to be healthier.

Before I was not healthy at all. I’ve never eaten vegetables before. Likewise, easy veggies like cold cucumbers or carrots with Caesar.

That I would not say that they are hard vegetables,” she revealed in a BBC interview, CodeList reports.