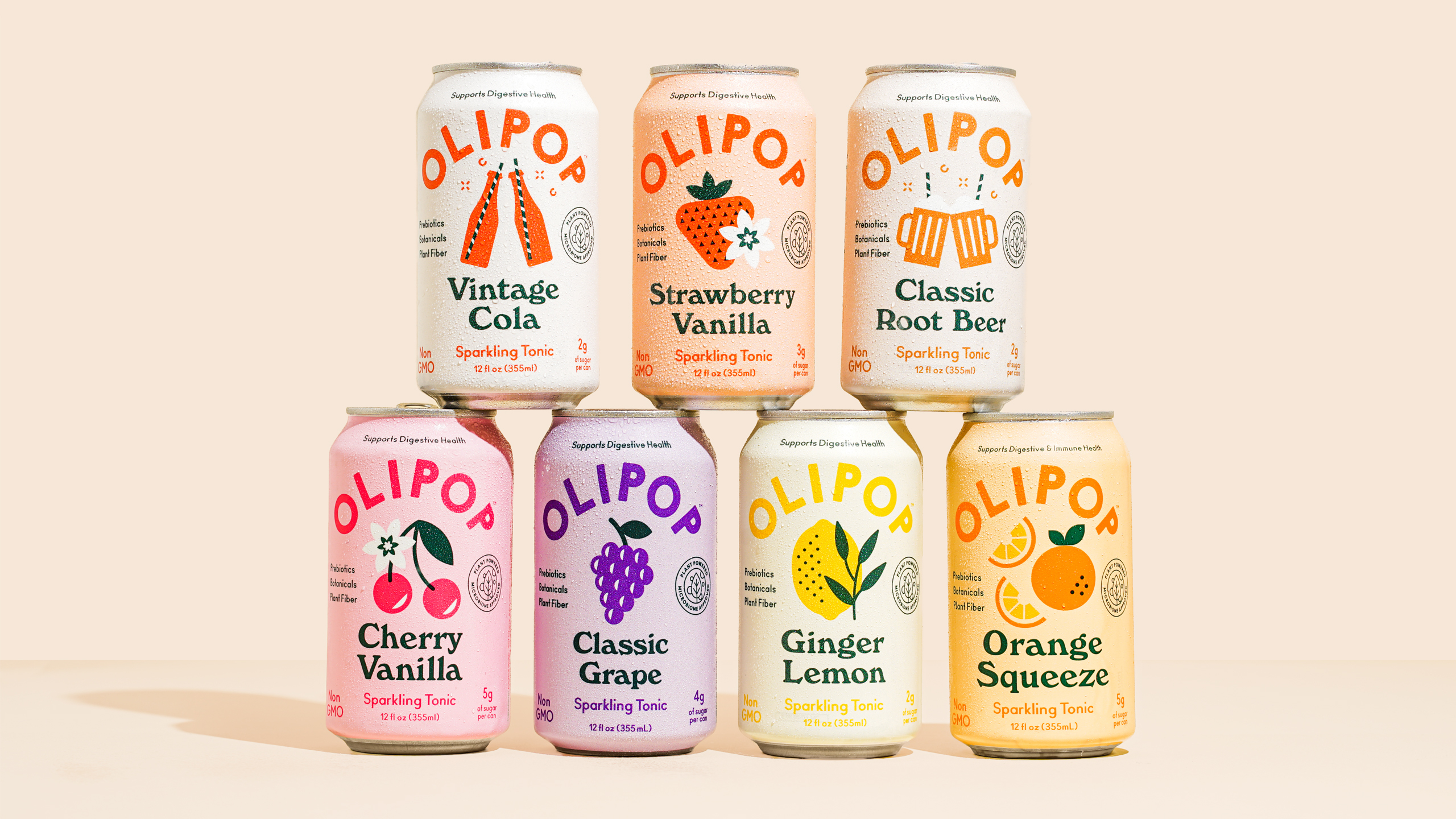 Soda that serves a purpose, whether that be more healthy or even functional, is the new wave of drinks disrupting the $38 billion U.S. soft drink industry.

In Olipop’s case, the three-year-old brand is going after function, with a line of sodas aimed at supporting digestive health. The company is the second venture in the realm of “functional soda” for co-founders Ben Goodwin and David Lester, who have worked together for nearly a decade.

The two built the functional soda category, Lester told TechCrunch via email, and Olipop now accounts for two-thirds of the niche’s revenue today. The soda is made using plant-based fiber, prebiotics and other botanical ingredients.

Popularity for the brand has increased in the past three years since Olipop launched in 45 stores in northern California. It is now in more than 10,000 grocers nationwide, including Kroger, Target, Whole Foods, Sprouts, Safeway and Wegmans. Lester touts the company’s success as “the first major disruptive innovation in the soda category in over 40 years since Coca-Cola launched Diet Coke in 1981.”

“Functional soda is fundamentally about two things: meeting the consumer where they are with a delicious drink that doesn’t force them to compromise on a category they enjoy, and two cutting-edge health benefits backed by rigorous science,” he added.

Though competitors are copying its flavor profiles that include Cherry Vanilla, Orange Squeeze and Ginger Lemon, CEO Goodwin says they are not matching Olipop on taste, something he personally formulates using his knowledge of microbiomes and fermentation over the past 16 years.

The “backed by rigorous science” aspect comes from implementing a scientific advisory board led by researchers in the microbiome and digestive health field and will eventually expand to include other health issues. Last year, Olipop completed successful in-vitro clinical trials with Baylor and Purdue Universities, and has a human clinical underway. This year and 2023 will also include an increase in research and partnerships, Goodwin said.

Olipop anticipates achieving a $100 million run-rate by the end of 2022. Lester said the company eclipsed its growth targets for 2021 and grew top line revenue by three times. The company is not yet profitable, but he said it is headed there. As such, the new funding will go toward new hires, marketing investment and product inventory as the company rapidly expands distribution, Goodwin added. It currently has around 60 employees, up from 30 the year prior.

Meanwhile, the pandemic accelerated certain tailwinds for the company, among them consumer interest in digestive health, which grew by 3,000% the first year of the pandemic, concerns about sugar intake and how the company would operate as both its employees and the country were strained.

“We saw the pandemic as both a significant challenge and opportunity, and that’s exactly what it was,” Goodwin said. “It also challenged us to build out a robust direct-to-consumer platform to better serve our customers and forced us to lean into building a great culture in a remote environment. We also got good data points around our relationship with our customers and found that Olipop was a product people could turn to for some joy and comfort, while staying healthy, during a time of increased stress.”

Up next, the company will scale its mainstream distribution and marketing strategies that were tested last year, along with the supply chain structures needed to support that rapid growth, he added. In addition, Olipop will be doubling down on its R&D of new flavors.