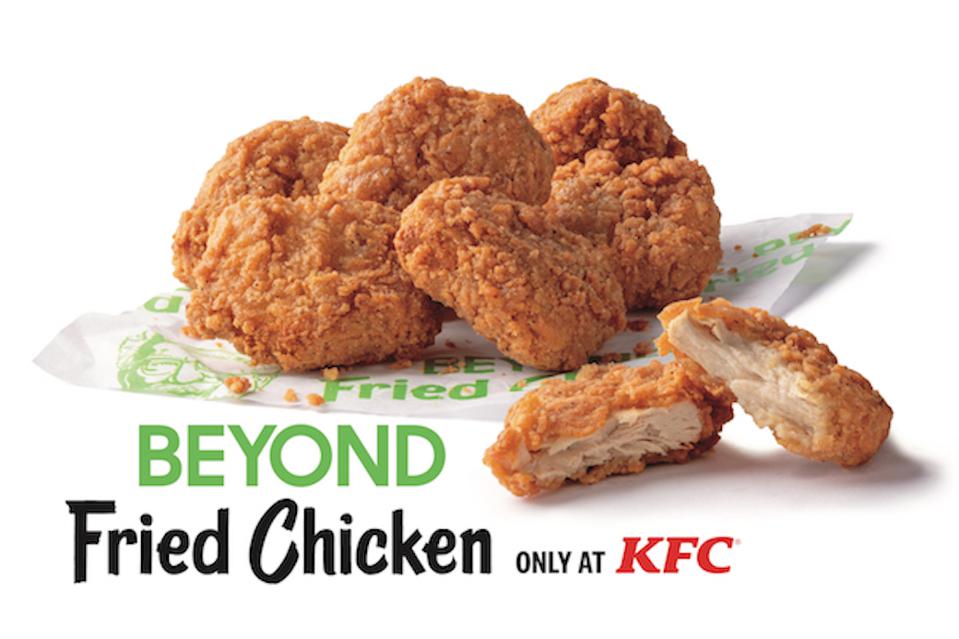 Investors Alley BYND Stock Price is Higher on Expansion News with KFC in China Beyond Meat (BYND) is pushing aggressively higher. All after Bernstein analyst Alexia Howard raise her rating on BYND to an outperform rating, with a price target of $130.  “Consumer demand for meat alternatives overall have held up well on a two-year basis, and Beyond Meat itself is telling investors to expect a recovery in organic growth in the second quarter, despite difficult year-over-year comparisons. Its restaurant sales should get a boost from people returning to dining out,” as noted by Barron’s. Analysts over at CFRA also upgraded BYND to an Outperform rating.  What we also have to consider is that millions of people are turning to plant-based diets. Virgin Galactic Holdings (SPCE) is still blasting off after a successful test launch on Saturday. Helping, Canaccord analyst Ken Herbert just launched coverage of the SPCE stock with a Buy rating, and a $35 price target. According to Barron’s, Herbert calls Virgin Galactic “a leader in the emerging space-tourism market,” adding that after the recent delays, flight activity should pick up culminating with commencement of commercial space service. “As tourist flights gain traction, we believe the stock should benefit from multiple potential catalysts.” Dick’s Sporting Goods (DKS) knocked earnings out of the park, and raised guidance. In fact, the sporting goods retailer said net sales for the first quarter of 2021 increased 119% year over year.  Also, thanks to stronger sales and better gross margins, DKS saw diluted EPS of $3.41 and non-GAAP EPS per diluted share of $3.79. A year earlier, DKS saw a net loss per share of $1.71.  The company also raised its full year EPS guidance to a range of $7.05 to $7.68.  It also raised its full year 2021 non-GAAP earnings per diluted share guidance to $8.00 to 8.70. Nio (NIO) is back in the headlines.  All after the electric vehicle company announced a deal to double its production to 20,000 per month. Under a new deal with Jianghuai Automobile Group (JAC), the JAC factory will continue to build Nio autos for another three years. It also agreed to increase the manufacturing capacity of the factory to 240,000 NIO vehicles a year. Nordstrom (JWN) pulled back on disappointing earnings. The retailer lost $166 million, or $1.05 a share, as compared to a year-earlier loss of $3.33. The company says about 41 cents of the loss was because of debt-refinancing charges.  Revenue was up 44% to $3.01 billion.  Analysts were looking for EPS of 57 cents on $2.9 billion sales. At the time of this writing, Ian Cooper did not hold a position in any of the mentioned stocks.

This stock is increasingly becoming a Dividend Hunter favorite. And it's no wonder considering it pays a 35% dividend yield, it pays monthly dividends, and it trades for less than $10 a share - a powerful combination for investors looking for stable, affordable yield. It's going ex-div in June, so there's still time to claim the next payout. It's part of my Dividend Hunter high-yield portfolio that can pay most, if not all of your bills in retirement. See below on how to get started with the 36-month plan that can pay your bills for life and get the name and ticker of my 35% Silver Dividend stock. Click here for details.
BYND Stock Price is Higher on Expansion News with KFC in China Ian Cooper plant-based beyond meat meat investors stocks