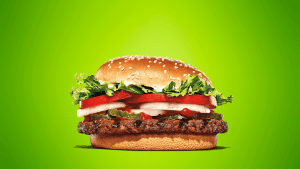 Further, the soy-based patties are cooked in the same broiler as their animal-based counterparts.

She added: “We received many requests from local fans who have been waiting for it to arrive at our restaurants, especially after they’ve seen the plant-based Whopper in other countries.”

Didier Chanove is the Head of Marketing at Unilever Food Solutions and the Asia Business Development Lead for The Vegetarian Butcher.

Chanove said the companies were determined to ‘nail the iconic flame-grilled taste and experience’. They wanted to ‘make sure we give diners in Singapore the chance to try the tastiest plant-based burger in town – all while being kind to the environment.’

Burger King in the UK, Mexico, Japan, Switzerland and Germany, to name a few, have all updated their menus to include more meat-free options.