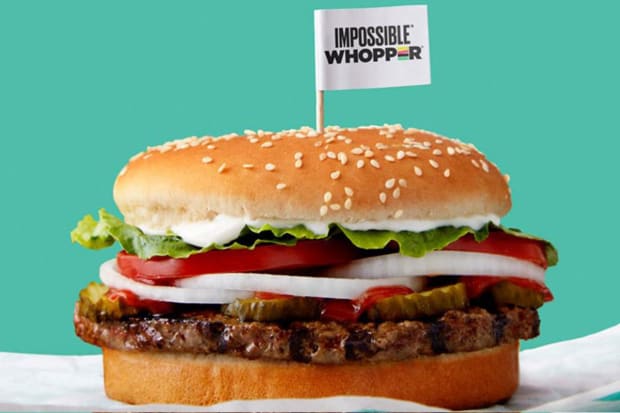 You can put a lot of things on a bun and the fast-food chain has gotten pretty inventive.

Both Impossible Foods and Beyond Meat (BYND) - Get Beyond Meat, Inc. Report want to recreate the taste of meat for people who no longer, or ever, ate animal-based proteins.

There's, of course, an audience for that -- people who no longer eat meat for health or ethical reasons who still crave the taste of a juicy hamburger.

Both Beyond and Impossible have succeeded to some degree. McPlant and Impossible Whopper have their fans as do both companies' packaged plant-based burgers, which can be bought at grocery stores.

Some people who don't eat meat, however, either have never done so (and don't have a taste for it) or find the taste less-than-pleasant. That audience probably does not want a McPlant or an Impossible Whopper. Instead, they want a fast-food sandwich that offers the convenience of being able to pick it up easily pretty much no matter where you are using meat-free ingredients that aren't looking to mimic the taste of a traditional hamburger.

That's a market that Burger King has targeted with a couple of unique sandwiches.

While vegans don't eat eggs, many vegetarians do and Burger King has quite a few egg sandwiches on its breakfast menu, that if ordered without meat, count as at least vegetarian-style options (the lack of a separate grill keeps them from being truly meat-free),

The problem is that Burger King does not offer its breakfast menu all day long. Instead, much like McDonald's has done since it dropped all-day breakfast during the pandemic, it stops serving the morning meal around 10:30 a.m. In some markets around the world, including India, Burger King has a more lunch and dinner-appropriate egg sandwich on its menu, the King Egg Burger.

And, while it's not a burger in the traditional or even mock plant-free sense, the King Egg does come between two buns. The sandwich has onions,  mustard, and an egg "burger" which is sort of an omelet embedded with peppers and tomatoes, It's, by American tastes, perhaps a bit odd (because mustard and eggs don't generally mix) but it's easy to see how variants of the King Egg could be offered around the world.

In some parts of the world, Burger King also offers something called the "Veg Whopper," or the Crunchy Veg Whopper. That's not the same as the Impossible Whopper as the "burger" patty is not a meat approximation. Instead, it's what the company called "an extra crunch veg patty"  topped with freshly-cut veggies (lettuce, tomatoes, and onions) as well as "loads of rich, creamy sauces," in a commercial.

Why Is Burger King Going Beyond the Impossible?

Plant-based, or meat-free, does not have to mean "a product that sort of tastes like meat." That's one audience, but it's a small percentage of the total addressable audience. Yes, McPlant and Impossible Whopper appeal to McDonald's and Burger King customers who either no longer eat meat or eat less often, but that's a relatively small audience.

"Currently, only about five percent of Americans identify as vegetarian and three percent as vegan, according to Gallup polling," wrote The Cornell Sun's Sadie Groberg in November 2021. "However, the plant-based food market is booming, serving as a major source of growth for grocery retailers and racking up a seven billion dollar industry. According to data from the Good Food Institute, the total sales of plant-based food are growing at twice the pace of overall food sales."

Basically, the audience for non-meat fast food as well as plant-based fast food may grow faster than other segments Burger King could go after. That's especially true in some global markets, but the chain has shown a willingness to take what works in one place and bring it elsewhere. That could happen with these sandwiches as the company tries to add to its appeal to people who do not eat meat.