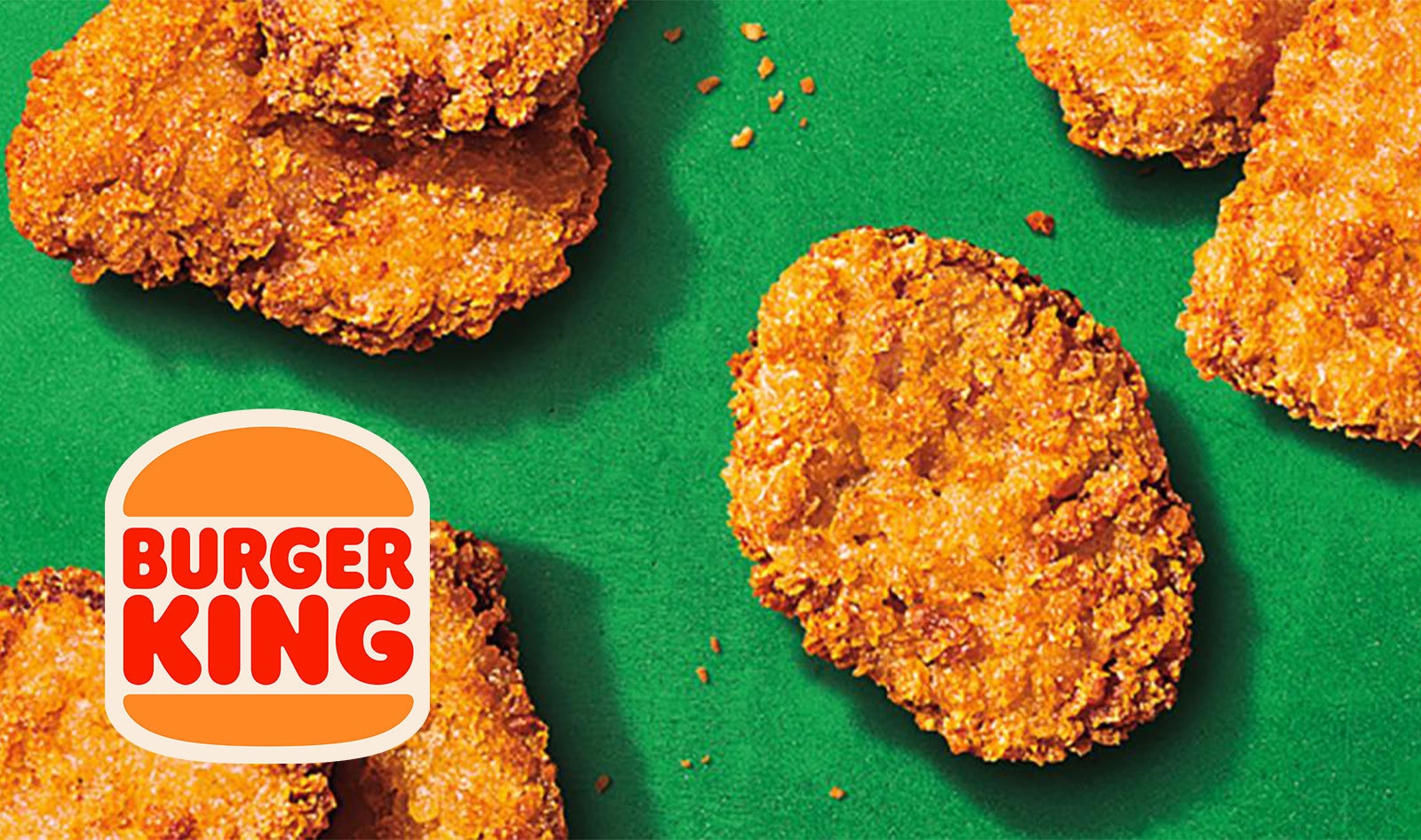 On October 11, Burger King will become the first fast-food restaurant chain to offer Impossible Foods’ vegan nuggets. The nuggets will be available in an eight-piece order with a choice of dipping sauce only at Burger King locations in Des Moines, IA, Boston, MA, and Miami, FL. The new menu item is a limited-time launch to test the meat-free item with consumers.

The Impossible Chicken Nuggets Made from Plants are crafted from a base of soy and sunflower oil and feature a crispy breadcrumb coating and a juicy, meaty interior. Burger King has confirmed that the plant-based nuggets will be cooked in the same oil as meat and cheese products.

“This isn’t the first time we’ve teamed up with Impossible to make waves in the industry. In 2019, we became the first quick-service restaurant to serve the award-winning, plant-based Impossible patty and offer the iconic Impossible Whopper,” Ellie Doty, Burger King North America’s Chief Marketing Officer, said in a statement. “So, it’s only fitting we’re the first global QSR to test the Impossible Nuggets. We’re excited to hear what our guests in the test markets think of this latest innovation.”

Burger King first partnered with Impossible Foods in 2019 to offer the Impossible Whopper. After a successful test launch, the burger expanded to more than 7,000 Burger King locations across the United States. The pioneering sandwich is made with a plant-based Impossible Burger patty and can be ordered vegan by omitting the mayonnaise. Since its debut, the Impossible Whopper has become available in global markets, including Canada, Europe, and Trinidad and Tobago.

Though Burger King is the first fast-food chain to offer Impossible Foods’ vegan chicken nuggets, last month the nuggets debuted in approximately 150 restaurants and are making their way to 10,000 grocery stores—including Walmart, Kroger, ShopRite, Safeway, and Gelsons (the first supermarket to sell its Impossible Burgers)—by the end of the year. Other restaurants that now serve the nuggets include eateries owned by celebrity chefs David Chang (Fuku in NYC); Sean Brock (Joyland in Nashville, TN); and Marcus Samuelsson (Red Rooster in NYC).

For more on Impossible Foods, read:

Here Are All the Restaurants Serving Impossible Foods’ Vegan Nuggets