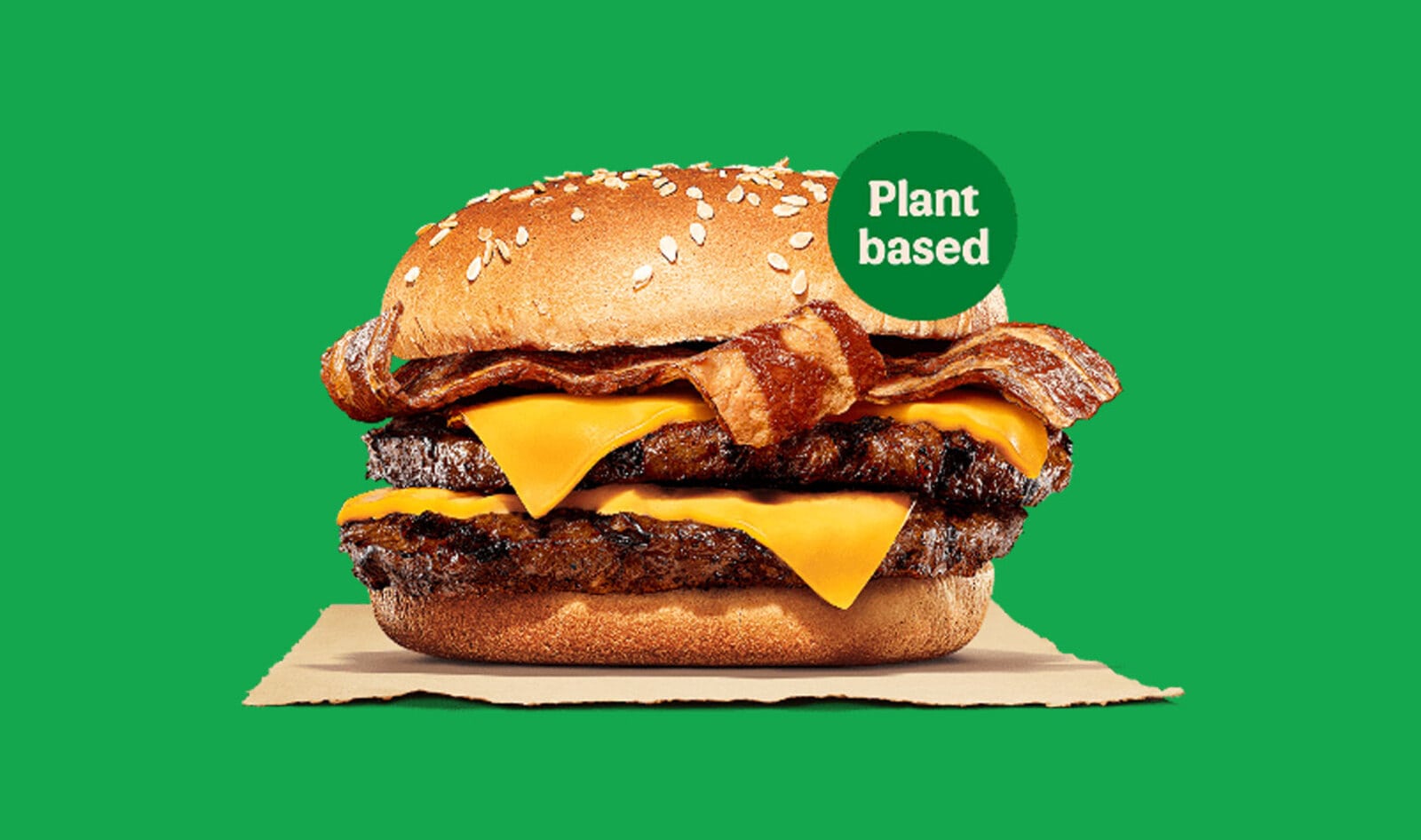 Plant-based options continue to be top priority for fast-food giant Burger King. This week, its Israel franchise—which was recently purchased by conglomerate Delek Israel—announced the launch of new meatless items made by cleverly named local startup Meat. The End (MTE).

“The product development process took about two years, including finding the ideal partner for the journey and a long series of fundamental, in-depth, and extensive market research and tests, per the international standards of the global brand,” Keren Kupermintz, Vice President of Marketing, Trade, and Business Development at Delek Israel, said in a statement. “We are proud of this important addition to the chain’s menus.”

While veganism is prevalent in Israel, the addition of the new meatless items at Burger King Israel aim to serve a broader consumer base.

“The launch of the plant-based category at Burger King Israel is a strategic move since, in our opinion, a large audience is looking for meat-alternatives—not only vegans, but also those who reduce meat consumption, and this is a fascinating and developing trend on a global scale,” Kupermintz said.

The new menu items (called “Veggie Kings”) are being introduced to the public through a pop-up this week at Burger King’s Dizengoff Center location in Tel Aviv. After the week-long test period, the items are expected to expand to other Burger King locations in the region.

Burger King was one of the first major fast-food chains to add a plant-based option nationwide when it launched the Impossible Whopper in 2019. The chain has since expanded various iterations of the plant-based burger, including through its partnership with The Vegetarian Butcher, a Unilever-owned plant-based company it uses as a supplier in Europe and other regions.

Outside of reimagining its iconic Whopper with plant-based patties, Burger King has been exploring other menu items, including in the chicken category. In August, the chain tested a plant-based chicken sandwich—made with an Impossible Foods’ patty—at select locations in Cincinnati, OH. Burger King’s exploration of vegan chicken has put meatless nuggets and sandwiches on the menu in other regions, as well, including in Chile where it added two options made by local startup TheNotCompany in July.

And Burger King is doubling down on plant-based food with various marketing techniques and events. The pop-up hosted by Burger King’s Israel franchise joins a growing number of similar events that Burger King has organized around the world, including in Germany, Spain, Switzerland, and Costa Rica, among others.

After Israel, the next scheduled vegan pop-up will occur at a Burger King location in Bristol, United Kingdom from October 26 to November 6—the second such pop-up to occur in the UK this year.

In Bristol, Burger King will serve up 24 plant-based versions of classic menu items, including a big innovation: the Bakon King. This burger is made with vegan bacon by La Vie, a Parisian startup backed by vegan actress Natalie Portman. The vegan bacon first made an appearance at Burger King locations in France in March.

“We’re incredibly proud of our meat-free menu; it delivers big taste with no compromises and reflects our ongoing commitment to serving a diverse and innovative range of products,” Katie Evans, Chief Marketing Officer at Burger King UK, said in a statement. “Following the success of the Leicester Square takeover in London, we are looking forward to bringing this range of delicious meat-free menu items to our customers in Bristol.”

Burger King is embracing plant-based options more widely and quickly than its competitors, including McDonald’s—which is currently working on its McPlant platform with launches of a meatless burger in several countries. And while international fast-food chains are slowly updating menus to include more plant-based options, a fast-food revolution is already underway courtesy of existing vegan chains.

On the West Coast, Next Level Burger and Plant Power Fast Food are two vegan chains that have initiated expansion efforts. And these concepts are growing amid franchise plans just announced by Canadian import Odd Burger and Texas-based Earth Burger.

And the vegan fast-food revolution is picking up steam thanks to major celebrity interest, including from Kevin Hart, who opened the second location of his vegan chain Hart House earlier this month in Los Angeles. With 10 locations of Hart House already underway, Hart aims to expand the concept to compete with the likes of McDonald’s, Wendy’s, and Burger King. Here, the curated plant-based menu is crafted by chef Michael Salem—who, in his previous role at Burger King, was responsible for getting the Impossible Whopper on the menu.

“Our goal is to start capturing that market share from major QSR players and to do that, we’ll have to be in the cities and towns where they operate,” Salem told VegNews in September. “And I think we’ll do a good job at that.”