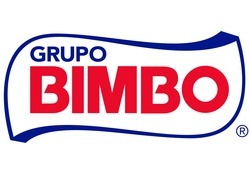 If you’re a soccer fan, you might know Bimbo for its sponsorships of top tier Mexico-based teams like Chivas (C.D. Guadalajara) and Club América, as well as MSL’s Philadelphia Union. And if you’ve traveled across Latin America and some U.S. cities, you may recognize the brand for its distinctive, cheerful white delivery trucks emblazoned with the beloved Bimbo bear traipsing across local streets and highways. What you might not know is that Grupo Bimbo (pronounced “beem-bo”) is a $15 billion food giant that owns several of the most recognized baked goodies here in the U.S. The company’s subsidiary, Bimbo Bakeries USA, owns brands like Boboli, Entenmann’s, Freihofer’s, Orowheat, Sara Lee and Thomas’ English Muffins. And, as is the case with just about every food producer, Bimbo has plenty of long-term challenges that will confront the company in the future. Some are environmental, such as threats related to climate change, such as water scarcity and increased pressure on farmland. Others are more social in nature, as in consumers demanding natural ingredients and knowing where and how ingredients are sourced. Add the surging interest in how food technology can help companies take on these challenges, it has become clear that companies need to make such investments now if they will remain viable long into the future. To that end, Bimbo has been on an investment tear as of late. The genesis of this strategy dates back to 2017, when the company launched what it bills as the Eleva Food Technology incubator. Among the examples of new food technologies in which Bimbo has invested include Clara Foods, a startup that seeks to produce proteins similar to that of egg whites, only without chickens. Like its competitors, Clara Foods seeks to create sources of protein more consumers want, only without any links to animal cruelty or the massive environmental footprint conventional food has on the planet. Considering egg whites are an ingredient needed in more than a few baked goods, that 2019 decision could prove to be a smart one in the long term. As it is deeply vested in a business that makes foods that more consumers are avoiding (due to how they feel about gluten or allergies), earlier this year the company bought a stake in Rule Breaker Snacks, which makes little nibbles such as cookies out of chickpeas. Most recently, Bimbo invested in in Protera, a startup that seeks to develop additional sources of protein by harnessing artificial intelligence. One of Portera’s proteins is an ingredient that can extend the shelf life of foods without the need for any chemical-based preservatives. Bimbo’s strategy – as well as other food giants that have invested in startups and smaller companies focused on alternative foods – is not all that different from the ones upon which beverage companies embarked a decade ago. As more consumers began to avoid carbonated soda drinks, the brands that had successfully marketed them for years realized the best path ahead for growth was to invest in products such as bottled iced teas, organic juices or sugar-free alternatives such as seltzers. The big difference here, however, is that Bimbo appears to have its eyes on companies that offer potential to be part of its supply chain. Meanwhile, the company has reported record profits, which are due to various factors such as the reputations of the brands it owns, a recovering food service sector and increased prices. The result is an economic climate that gives Bimbo the freedom it seeks to make bolder investments – but it’s also a boost for food technologies that have the ideas yet could make good use of some capital to ensure their innovations can go to market. Image credit: Mike Mozart/Flickr protein alternative