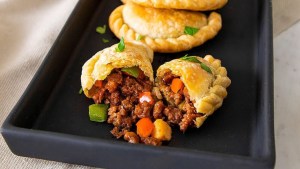 Plant-based meat icon, Beyond Meat, is launching its Beyond Mince products at UK supermarket giant, Tesco.

The launch was announced by Vegan Food UK and met with excitement on social media.

According to the organization, the products will be available nationwide.

As well as being vegan, they are gluten-free and soy-free. And, they’ll offer 15g of protein per 100g serving.

The packs come in at 74g larger than the Beyond Meat burgers, which are sold in Tesco for £5.

‘Best vegan mince on the market’

One Instagram user claimed: “Can confirm it’s even better than the burgers. Best vegan mince on the market hands down.”

Another said they’d heard from friends in the US that the products are ‘amazing’.

A report recently revealed Beyond Meat will launch vegan chicken later this year.

Whilst the details are yet to be released, Bloomberg says the company will be informing customers about the launch this summer.

Senior figures in the company hinted more plant-based protein products are to come in the future.

Moreover, last month Beyond Meat released its ‘juciest’ burger yet with 35 percent less fat. It debuted in US grocery stores this May.