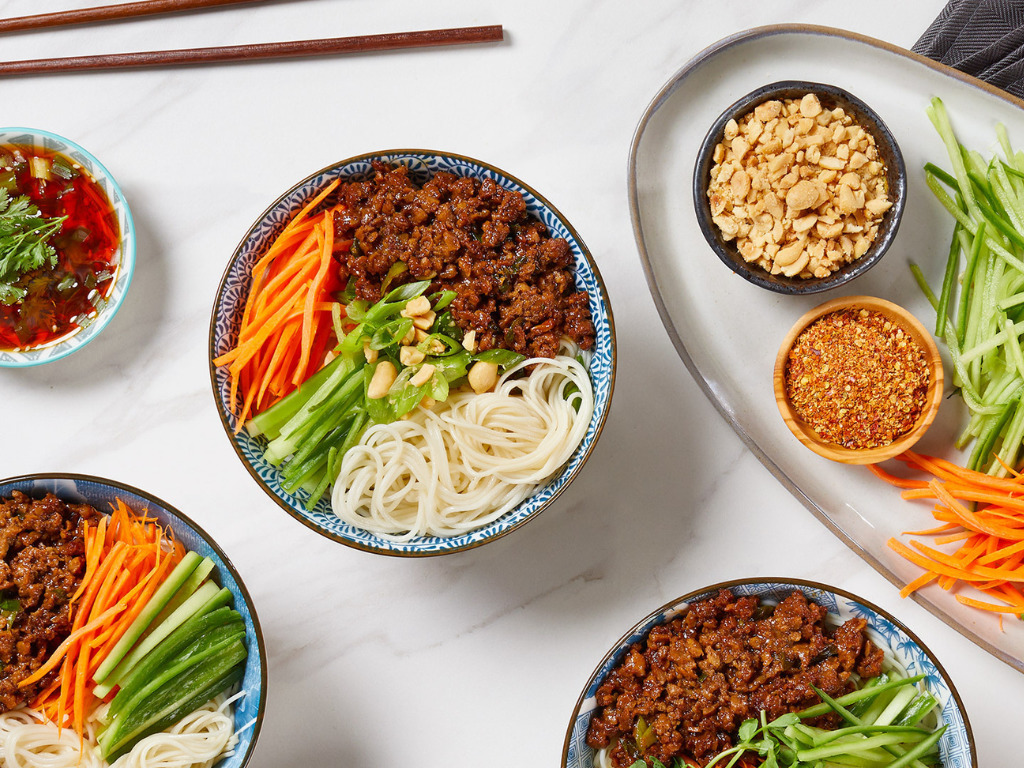 Beyond Meat has announced it has moved into a new-to-it product category. It has launched two Beyond Pork sauces, to gain traction in the meal prep sector. Classic Bolognese and Savory Black Pepper are confirmed and are now available through the company’s online Tmall store.

The sauces have been specifically developed for the Chinese market. Both contain Beyond Pork and have been designed to act as heat-and-serve food items. Each sauce is slated to be suitable for multiple applications while delivering a protein hit.

Beyond claims its bolognese sauce can be used in a variety of ways. In addition to pasta, it can be used in soups, pizzas and even seafood stews. It contains 4.8 grams of protein per 100-gram serving. Similarly, the black pepper option is listed as a gravy alternative that can be used in noodle, rice, or vegetable dishes. Each has been developed to appeal to Chinese tastes while being versatile enough to be used in more than one dish. “Launching Beyond Meat’s first-ever plant-based meat sauce product under our brand in China reflects our commitment to the market, where we have witnessed significant potential and opportunities in the plant-based protein category, as well as the rising trend of more local consumers incorporating plant-based food into their diet,” Jeremy Yeo, Beyond Meat’s acting general manager in China said in a statement. “The sauce launch will further diversify our portfolio and offerings in China, allowing us to meet consumers’ demand for tasty and convenient ready-to-eat mealtime solution.”

Beyond Meat’s determination to capture the Chinese market

In March, Beyond launched a store on the Chinese agricultural platform Pinduoduo with pork developed specifically for the Chinese market. The distribution partnership represented a step forward for both parties. For Beyond, a bigger footprint on the Chinese market was guaranteed through the partnership. For Pinduoduo, the addition of Beyond represented the first global plant-based brand coming on board. Prior to working with Pinduoduo, Beyond was already looking to gain a meaningful foothold in Asia. It began with a Starbucks launch back in 2020 and the announcement of a domestic production plant the same year. The facility confirmed Beyond as the first non-local plant-based company to have a significant manufacturing presence in China. Various distribution opportunities have followed through Alibaba Group and Metro supermarkets, followed by JD.com last year. In an earnings call in February this year, Beyond’s CEO Ethan Brown alluded to increased investment into the Chinese market as a potential way out of the financial mire. Stakeholder dissatisfaction has followed a large share drop, alongside various legal woes that are ongoing

Investing in China could prove to be the right move for Beyond, as the country begins to warm up to the alternative protein sector. In January, cultivated meats and future foods were included in China’s five-year agricultural plan, for the first time in history. Acknowledging that these are areas to be involved in, the plan opens up the possibility of a diversified protein industry, both domestic and internationally supplied. This was seemingly supported two months later, by President Xi positively referencing alternative protein in a speech. It’s not just meat that stands to be supplemented in China, as dairy has just come under fire. Results from a multi-year study have recently been revealed that make connections between dairy and cancer rates within China. Findings included an increase in liver and breast cancer in consumers eating larger amounts of dairy. Participants were studied for an average of 11 years. Though China is not a traditional mass consumer of dairy, demand is on the rise, making the study significant.