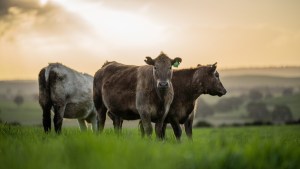 The beef industry is becoming increasingly desperate to clutch onto its market position amid the plant-based protein boom. But Faunalytics, a research company specializing in animal advocacy, has examined the industry’s marketing tactics and claims it’s ‘nervous’ of the growth of alternative proteins.

The think tank examined a 2021 report funded by the Beef Checkoff, a US marketing firm that works to promote animal agriculture. In the Impacts of New Plant-Based Protein Alternatives on US Beef Demand report, extensive strategies are outlined to maintain popularity amid increasing concerns about animal rights and the environment.

The report includes a survey on 3,000 US citizens with varying diets and a restaurant and grocery store experiment to assess consumer habits.

Faunalytics looked at the report with a view to ‘gain an advantage’ on what the plant-based industry can do in response.

What they found is that consumer demand for beef decreases more when prices go up, over when plant-based protein prices decrease.

Furthermore, in a grocery store experiment, consistent beef eaters were more willing to switch to other options if the beef was more expensive.

However, the average customer is more willing to pay a higher price for beef than its actual price. And, a lower price for plant-based proteins than their retail price.

“The really fascinating thing about this report,” Faunalytics says, “is what it can tell us about the industry’s strategy.”

The four main tactics it identifies are:

As ever, the beef industry plans to focus on the ‘naturalness’ of beef over plant-based alternatives.

This is carried out by claiming plant-based meat can’t mimic the taste of the real thing, and highlighting long ingredient lists.

Faunalytics also claims that it will continue to focus on how the industry is good for farmers and rural communities.

The price parity of plant-based alternatives has long been a hot topic. It is subsidies that make cow meat particularly easy to produce at low costs.

And, according to the report, the beef industry will continue to drive down prices where it can.

‘We should work to amplify the voices of workers and communities harmed by the beef industry’ to fight against this, according to Faunalytics.

Despite the staggering predictions for the ongoing boom of plant-based protein alternatives, the think tank says the beef industry isn’t worrying ‘too much’ about it denting the market share.

While beef contains more protein than many plant-based alternatives, advocates can respond by painting a better picture of health. This can be done by educating about consumer ‘obsession’ with protein.

4. Partnerships with retailers are important

Beef companies aim to establish relationships with retailers. This means stores and restaurants will have vested interests in the future of animal agriculture, Faunalytics says.

However, it’s a tactic vegan companies can easily follow suit on. And, something the likes of Beyond Meat is already doing with chains like Burger King, McDonald’s, and KFC.

Faunalytics’ concluding statement on the study is: “Even as the beef industry continues to enjoy a large market share, it can see the writing on the wall.

“The industry knows it doesn’t measure up on health, environmental friendliness, or animal welfare. All of which are values important to the younger generation.”