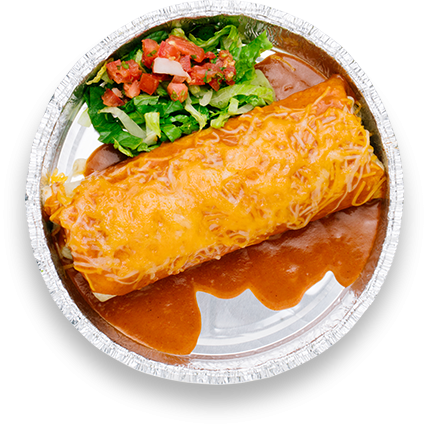 5 has launched three new menu options featuring Impossible meat at participating stores nationwide. The three new Impossible items include: “We are thrilled to announce that Impossible Foods is coming to Baja Fresh locations nationwide,” said Aubrey Caruth, senior director of marketing at Kahala Brands, parent company of Baja Fresh. “Many of our guests have been asking for plant-based protein options and we know Impossible is loved by meat eaters and vegans alike, so it was a natural decision for us to include it on our menu.” The addition of the Impossible menu items will make it even easier to order a satisfying vegan meal from Baja Fresh. While all three of the new Impossible menu items come with cheese or sour cream, vegan guests can request their food to be made without. The beans, rice, and tortillas at Baja Fresh are all vegan, but vegan guests may want to ask for no cheese on sides of beans and rice, as some employees will sprinkle cheese on top. Which of the new menu items would you try first? About Impossible Foods Based in California’s Silicon Valley, Impossible Foods makes delicious, nutritious meat and dairy products from plants — with a much smaller environmental footprint than meat from animals. The privately held company was founded in 2011 by Patrick O. Brown, M.D., Ph.D., Professor Emeritus of Biochemistry at Stanford University and a former Howard Hughes Medical Institute investigator. Investors include Khosla Ventures, Bill Gates, Google Ventures, Horizons Ventures, UBS, Viking Global Investors, Temasek, Sailing Capital, and Open Philanthropy Project. About Baja Fresh Baja Fresh® has been an industry leader in serving fresh, traditional fire-grilled Mexican food for over 30 years. Founded in 1990, Baja Fresh has grown to approximately 100 franchised restaurants across the U.S.  In 2016, Baja Fresh became a Kahala Brands concept, with Kahala Brands being one of the fastest growing franchising companies in the world with a portfolio of nearly 30 fast-casual and quick-service restaurant concepts with approximately 3000 locations in roughly 35 countries.