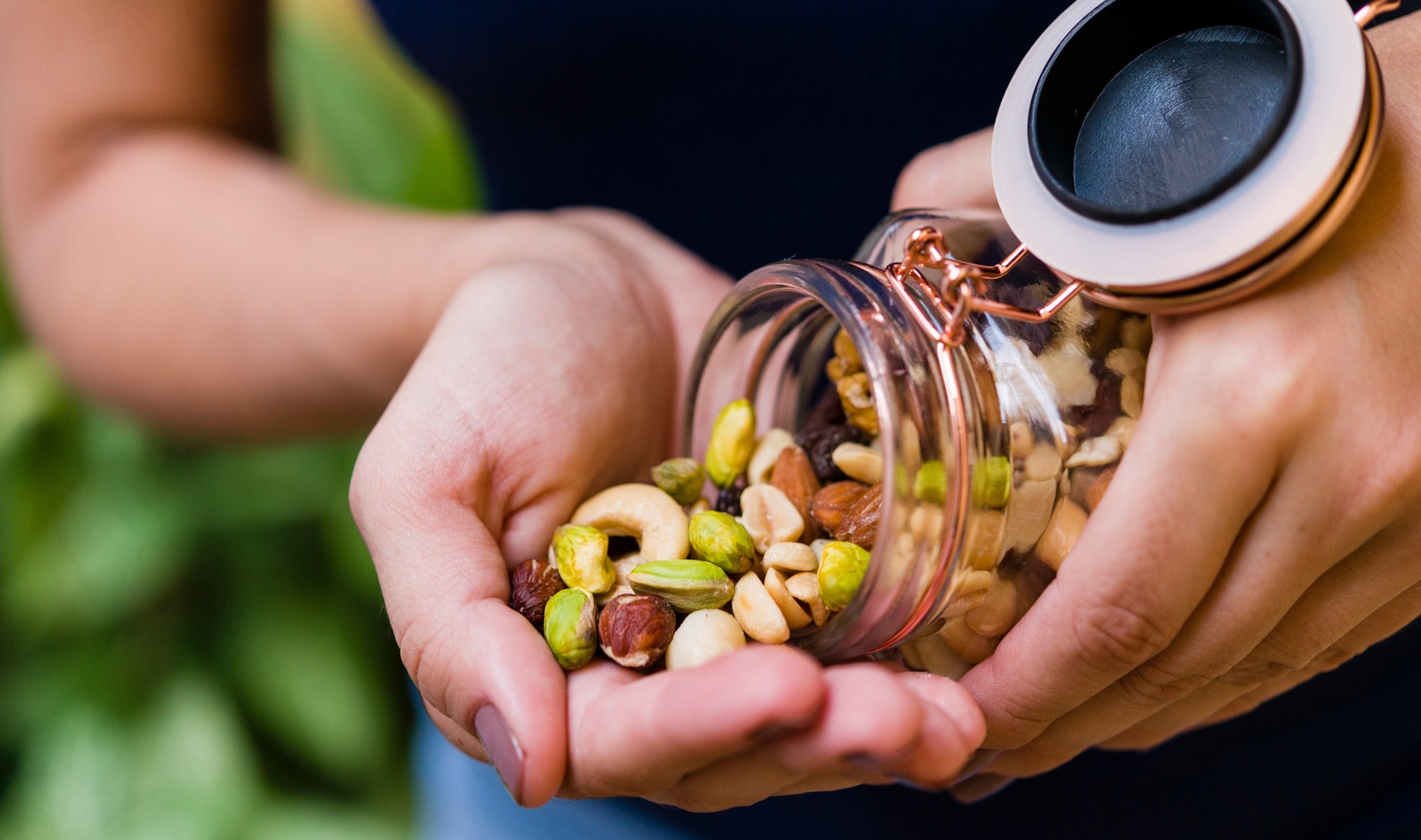 Can eating vegan snacks help lower cholesterol? A new study that explored a “food as medicine” approach to lowering cholesterol was published last week in the reputable Journal of Nutrition. Conducted jointly by Mayo Clinic in Rochester, MN and Richardson Centre at the University of Manitoba in Winnipeg, Manitoba, the study tasked hypolipidemic (people with high cholesterol) patients to eat specially formulated vegan snacks in place of other things they would normally eat. Over the course of 30 days, participants saw an average 9-percent decrease in LDL (sometimes referred to as “bad”) cholesterol, with some experiencing more than 30 percent LDL cholesterol reductions.

The snacks were provided by Step One Foods, which uses plant-based whole foods—such as walnuts, cranberries, and flax seeds—to formulate snacks with whole food fiber, plant sterols, ALA omega 3 fatty acids, and antioxidants with the purpose of naturally reducing cholesterol. The same group of participants were also tasked to consume comparable “better for you” snacks such as Quaker Chocolate Chip Granola Bar, Bare Naked Fruit and Nut Granola, and Kellogg’s Strawberry Nutrigrain Bar, some of which also did not contain animal products. After 30 days, participants consuming these snacks did not record lower cholesterol levels.

The study is self-fulfilling for Step One Foods in that it validates that its specially formulated snacks perform the way they are intended to. However, this research does have wider implications that plant-based, whole foods may be used to lower cholesterol as an alternative or supplement to statin medications.

“Based on the outcomes seen in our study, using this type of food as medicine approach expands the options for medical professionals and patients,” Stephen Kopecky, MD, FACC, a cardiologist and Director of the Statin Intolerance Clinic at Mayo Clinic, said in a statement. “Many patients who are unwilling or unable to take statin drugs may be able to help manage their high cholesterol, or hyperlipidemia, with a realistic food-based intervention.”

More than 94 million Americans—approximately 1 in 2 adults over the age of 50—have high cholesterol levels, a risk factor for heart disease, the world’s leading cause of death. While the Step One Foods study only focused on its own snacks, other research suggests that a variety of plant-based foods are beneficial for lowering cholesterol.

In 2020, vegan brand Beyond Meat’s first clinical trial showed dramatic results when animal meat was replaced with its plant-based meat—which is made from a base of pea protein. Conducted by Stanford University and published in the American Journal of Clinical Nutrition, the “SWAP-MEAT Study” consisted of an eight-week study of 36 participants, who received plant and animal meat products in two phases, along with dietary counseling, lab assessments, microbiome assessments, and anthropometric measurements. The results showed that levels of LDL cholesterol dropped on average 10 milligrams per deciliter, which is both statistically and clinically significant, with participants losing an average of two pounds during the plant-based portion of the study.

On the flip side, the consumption of animal products has long been linked to higher cholesterol levels. A study published last year in scientific journal Frontiers in Nutrition focused on  long-term effects of a ketogenic diet—which traditionally limits carbohydrate intake in favor of fat and protein, typically from animal sources. For the meta-analysis, a group of physicians, researchers, and registered dietitians analyzed more than 100 peer-reviewed studies and found that people who follow a keto diet have a significantly increased risk of developing heart disease, LDL cholesterol buildup, kidney failure, Alzheimer’s disease, diabetes, and cancer.

Overall, following a plant-based diet may help reduce the number of medications, including statin drugs to lower cholesterol, that are necessary for older adults. One study published last year in the medical journal American Journal of Lifestyle Medicine found that plant-based seniors were taking 58-percent less medications than meat eaters, even after adjusting for covariates. And taking fewer medications means fewer opportunities for drug interactions, leading to additional benefits to the “food as medicine” approach.

For more about the health benefits of a plant-based diet, read:
Eating One Hot Dog Shortens Healthy Life by 36 Minutes
5 Heart Health Tips From Plant-based Medical Pros
4 Ways Vegans Can Boost Their Health