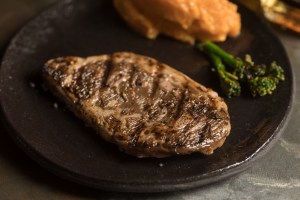 Cultured meat startup Aleph Farms just closed a $105 million Series B funding round. The company says it will use the funds to launch its cell-based steak next year.

Aleph Farms is based in Israel, but is planning large scale global commercialization of its beef steaks.

The funding round was led by Disrupt AD and Growth Fund of L Catterton. The latter is the largest global consumer-focused private equity firm, while DisruptAD is one of the largest venture platforms in the Middle East.

Aleph Farms has now raised more than $118 million. Co-founded in 2017, the company’s short-term goals include scaling-up manufacturing and expanding operations internationally. It also plans to expand its product lines and technology platform prior to its initial market launch in 2022.

Didier Toubia is the Co-Founder and CEO of Aleph Farms. He commented that the capital will bring the company ‘significantly closer to our vision of providing secure and unconditional access to high-quality nutrition to anyone, anytime, anywhere’.

He added: “We see our investors as partners for building this new category of meat and it was critical to us that they share our strong commitment to improving the sustainability of our global food systems.”

What is cultured meat?

Scientists harvest muscle cells from a living animal, which can be done without harming them.

They then nurture the cells with sugar and salts. This helps the cells function as if they were still inside the animal, so that they multiply and create muscle tissue.

Cultured meat is biologically identical to traditional meat, but may sidestep some health risks linked to animal meat. For instance, researchers say lab-grown meat is less likely to be infected by contaminants like E. coli bacteria.

Further, scientists can make the meat without antibiotics, and can alter the product to have less fat and cholesterol.