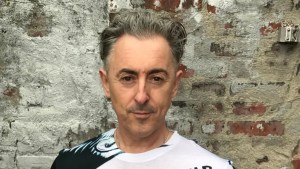 The X-Men star stressed the importance of a climate event leading the charge in light of the environmental impact caused by the meat and dairy industries.

In a letter penned to cabinet minister and COP26 President Alok Sharma, the actor called for a vegan-only menu at the event, which is being held in November.

He wrote: “Given that animal agriculture contributes to many of the serious environmental problems the planet is facing, I hope you’ll agree that serving meat while trying to fight climate change is like serving beer at an Alcoholics Anonymous meeting.

“If the goal of the COP26 summit is to protect the planet – as well as promote compassionate, responsible behavior – animal-derived foods have no place on the menu.”

Additionally, a petition is circling online which outlines the ‘significant’ benefits of plant-based diets in tackling the climate crisis.

“And, COP26 presents an opportunity for the UK government to set a global example in Glasgow, one of most vegan-friendly cities in the world.”

Earlier this year, a similar environment-focused political event took place in the UK. The Group of Seven (G7) summit last month brought together world leaders for the first time in almost two years.

Despite calls for completely plant-based food to be served, global leaders were slammed. This was for a ‘steak and lobster BBQ celebration’ they enjoyed at the event amid the climate crisis.

According to UK Prime Minister Boris Johnson, the meeting was to ‘galvanist global action on fighting climate change’. Moreover, he said it will ‘create a healthy planet for our children and grandchildren’.

It’s in line with ‘ambitious’ targets to slash greenhouse gas emissions by over two-thirds within the next decade in the UK alone.