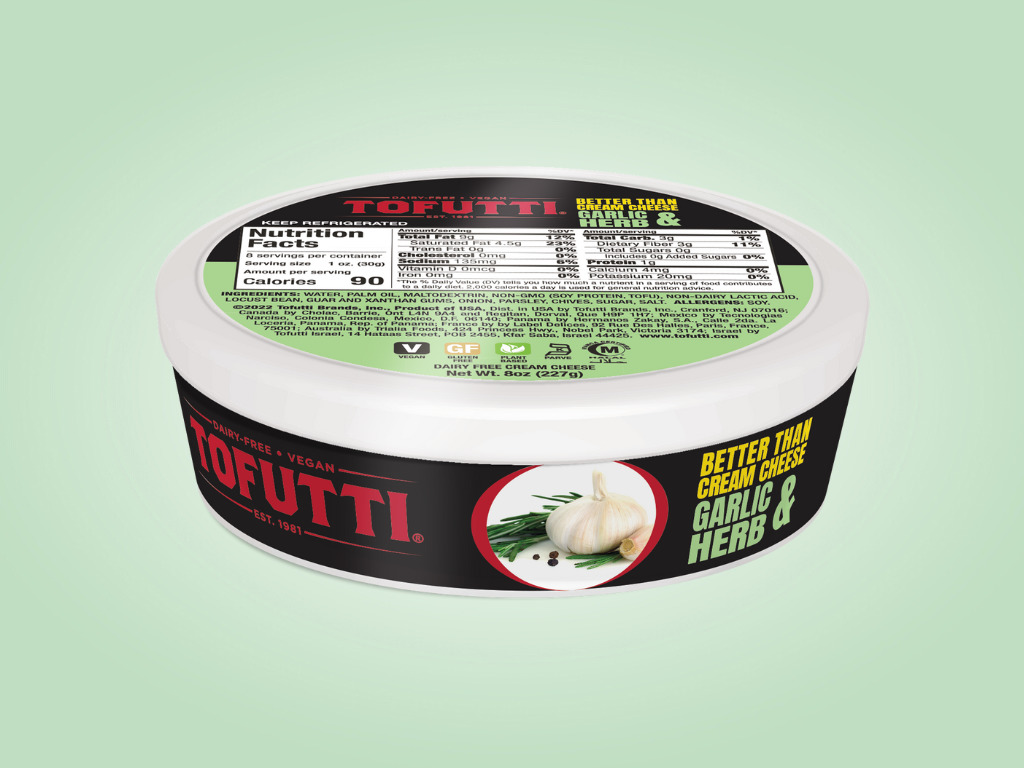 Legacy dairy-free brand Toffuti has announced its first rebrand in decades with one notable upgrade: the labels now includes the words ‘vegan’ and ‘plant-based.’

The new packaging was long overdue, the company says. It launched in 1981 as a dairy-free Kosher-Parve brand. But in the decades since its biggest following has been from vegan consumers and those seeking dairy-free options—not necessarily Kosher.

“Today’s natural foods market is flooded with competitors, so we knew it was time to reassess our branding. We want consumers to recognize all Tofutti products as Tofutti products,” Steve Kass, Tofutti Chief Executive Officer, said in a statement.

Kass has been with Tofutti since the early years, starting in 1986. He says the new labels will make it easier for consumers to spot Tofutti in the crowded dairy alternatives sector. He also says it will reenergize its retail partnerships. “It’s not every day that a forty-year-old company changes its look; buyers are already enthusiastic about the changes,” he said.

The new packaging design comes after a more subtle but in some ways, more significant change last summer: Tofutti added the word ‘vegan’ to its logo for the first time.

“Look at the sorts of people who follow us on social media. It’s obvious that vegans are our biggest fans,” Gerry Pugliese, Tofutti’s Marketing & Public Relations Manager, said. “Adding ‘vegan’ will make our current customers happy and act as a bullhorn for attracting new, like-minded consumers—a new vegan is born every day!”

But Pugliese is quick to add that it still serves its original Kosher audience as well as anyone looking for tasty dairy-free alternatives.

“Tofutti started as a Kosher Parve brand, it’s part of who we are, we’ll always be that too,” he said. “But now we shout ‘vegan.’”

The new packaging also includes “plant-based,” a term just recently added to the Merriam-Webster dictionary (along with “oat milk” and “greenwashing”). The inclusion of both “vegan” and “plant-based” on the branding is significant as the industry itself is divided on which one should be more widely used. Some say “vegan” has negative connotations for consumers that just want to eat healthier or more sustainably. Some vegans, though, have taken issue with “plant-based” as skirting the ethical issue tied to the word “vegan.”

A growing number of brands are using both, and Tofutti says it’s confident that the new branding along with renewed efforts on social media and marketing, will help it retain its leadership status in the category and grow the industry demand.