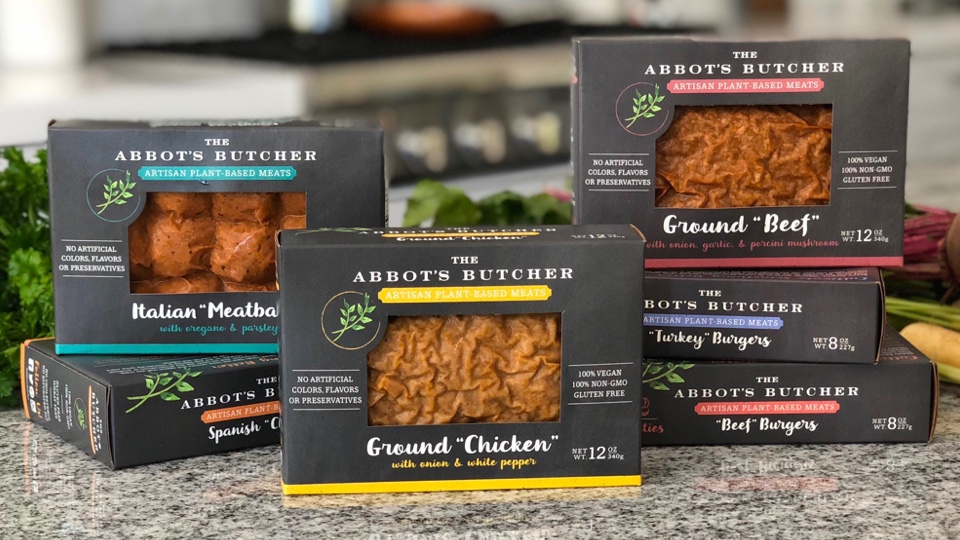 COSTA MESA, Calif., May 10, 2021 /PRNewswire/ -- Abbot's Butcher (AB) announced today its national launch into more than 360 Sprouts Farmers Markets stores. The healthy grocer will carry AB's Slow Roasted Chick'n, Savory Ground "Beef" and Spanish Smoked "Chorizo".   "These are the modern-day essentials that deliver on taste, texture and quality," says CEO Kerry Song In Sprouts stores, AB's plant-based proteins will be merchandised in the frozen meat section — a change that highlights the mainstream acceptance of meat alternatives. Today's consumer is simply looking for quality protein options, be them plant-based or traditional. AB's premium meat alternatives are crafted from simple and wholesome ingredients, including a combination of pea protein, vegetables, herbs, spices, nutrient-dense oils and vinegars. These protein-rich meat substitutes are free of soy, canola, gums, additives or GMOs, and the "Beef" and "Chorizo" are also gluten free. "At Abbot's Butcher, we're on a mission to bring craftsmanship to the table — that's why we only use wholesome, high-quality ingredients that truly nourish our bodies," says Kerry Song, founder and CEO of AB. "These are the modern-day essentials that deliver on taste, texture and quality." AB started in farmers' markets throughout Southern California in 2017 and has rapidly expanded across retailers and restaurants, with shelf space in some 200 grocers before this expansion into 365 Sprouts locations. The launch comes at a time when consumers are paying an increasing amount of attention to food labels and searching for cleaner options, alternative proteins and premium product variety. Both home cooking and plant-based products are also on the rise, with 59% of consumers preparing more meals at home and sales of plant-based foods that directly replace animal products growing in the past year to $7 billion. About Abbot's Butcher: Based in Southern California, Abbot's Butcher is dedicated to creating plant-based proteins that don't sacrifice flavor, texture or quality. The company is rooted in the belief that plant-based eating should be a celebration of good food — because good food not only tastes delicious, it also nourishes our bodies and respects the world we share. View original content to download multimedia: http://www.prnewswire.com/news-releases/abbots-butcher-premium-plant-based-meats-roll-out-at-sprouts-farmers-market-nationwide-301287225.html SOURCE Abbot's Butcher plant-based kerry meat beef butcher soy protein