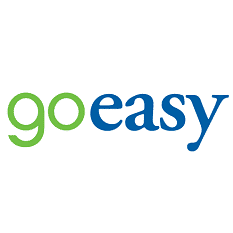 Just about every serious investor agrees. Small-cap stocks are integral to a smart, diversified portfolio. They offer too much return potential to be ignored.

There are several reasons for this, including better growth potential, more attractive valuations, momentum potential when investors start to fall in love with an individual stock, and worse liquidity.

The secret to crushing the overall stock market using small-cap stocks is to identify the kinds of companies that have major potential that many other investors haven’t identified yet.

Small-time investors like you and me can easily build up a major position in the company and then wait until institutional investors discover the name. That’s when the real magic starts to happen.

Let’s take a closer look at seven of the best Canadian small-cap stocks, the kinds of companies that can put a real jolt into your portfolio.

Goeasy Ltd. (TSX:GSY) has quietly grown into Canada’s top alternate finance company, and is listed on our best Canadian bank stocks to buy today. It boasts operations in all ten provinces, more than one million customers served, and some exceptional long-term growth.

The product that really sent Goeasy to the stratosphere is its unsecured loan that comes with a whopping 45%+ interest rate.

This might seem a little excessive to you or me, but for folks who previously got payday loans at a rate of 400%+ annually, they seem like a bargain in comparison.

The bottom line grew even faster, increasing from $0.11 per share to $8.76 per share during the same time.

Analysts expect the torrid growth rate to continue, too, with earnings projected to surpass $12 per share in 2022.That right there, is small-cap potential I've been talking about.

Management’s ultimate goal is to dominate the non-prime credit market in Canada, a segment the company estimates is worth some $30 billion annually. Besides its trademark loan, the company also offers loans secured by real property and things like furniture financing.

The company can also sell ancillary products with its loans, including things like layoff insurance and life insurance on secured loans. It has barely begun to tap this lucrative revenue source.

Despite its fantastic growth potential, Goeasy has a cheap valuation, with shares trading hands at just 14x forward earnings as I type this. Shares also pay a solid 2.15% yield, a payout that has been increased annually since 2015.

It’s Canada’s largest provider of instant-win scratch tickets, as well as offering lottery services to various jurisdictions across North America including most Canadian provinces, Michigan, Maryland, and Arizona, along with several other states.

Approximately two-thirds of the company’s revenue comes from the United States.

Scratch tickets aren’t a terribly sexy business, but Pollard and its partners are working hard to increase both the numbers of tickets sold and total revenue generated from ticket sales.

It does this by constantly redesigning tickets and by making retail displays more enticing. It’s working, which is a win for both Pollard and cash-starved governments.

While there’s no guarantee growth will continue that quickly, the company should be able to continue increasing the bottom line by making further acquisitions and further growing scratch ticket sales.

Recent acquisitions include manufacturers of charitable gaming machines, interactive devices that are placed in bars. The company is also helping certain states expand lottery sales onto the internet.

One thing I always like to see in a stock is a high percentage of insider ownership. Investors should seek out management that want the same thing they do – a much higher stock price.

Pollard Equities Group, a company controlled by John, Douglas, and Gordon Pollard, who are the company’s co-CEOs and Chairman, respectively, owns some 67% of outstanding shares. If that isn’t a vote of confidence, I’m not sure what is.

They say the only things inevitable in life are death and taxes. There’s no way to invest in the latter, so we’re stuck with trying to profit from the other predictable market, death.

Park Lawn Corporation (TSX:PLC) is the largest Canadian-owned funeral, cremation, and cemetery provider with a portfolio of 95 funeral homes, 38 crematoria, and 103 cemeteries spread over five Canadian provinces and 14 U.S. states.

Death is a pretty interesting growth business. North America’s aging population means the number of annual deaths should roughly double between 2014 and 2044.

Remember, there’s a giant glut of more than nine million baby boomers in Canada alone, folks who aren’t getting any younger.

Park Lawn is also a growth-by-acquisition machine, gobbling up funeral homes as fast as it possibly can.

In 2019 alone, the company has acquired six cemeteries, 26 funeral homes, and two crematoria.

The North American funeral market is still incredibly fragmented; there will be ample opportunity for the company to continue its torrid growth pace. The death care industry is worth some $20 billion per year. Park Lawn’s annual revenue checks in at about $300 million.

Another potential growth avenue is margin expansion. Management is quick to point out the company’s EBITDA margins are in the low 20% range, versus 27-28% for its larger competitors. Margins have been steadily expanding over the last few years; look for this trend to continue boosting the bottom line.

Speaking of industries that are consolidating, Canada’s car dealership sector will experience a major shift in the next 5-10 years as small independent owners of one or two dealerships sell out to larger interests.

To put this shift into perspective, there are approximately 2,000 car dealerships in Canada, while the largest dealership operator owns less than 100 locations.

The best way to play this trend isn’t to own the dealerships themselves, which are volatile businesses that are highly sensitive to the overall economy.

The ideal investment is to load up on Automotive Properties REIT (TSX:APR.UN), which is buying the underlying real estate and then leasing it back to the operating companies.

Automotive Properties has posted some pretty impressive growth since its 2015 IPO, more than doubling the size of its portfolio to 66 different properties, spanning more than 2.5 million square feet of gross leasable space.

It has also successfully diversified away from Dilawri, its main tenant, which was responsible for 100% of its rent when the company first appeared on the TSX.

Many of the larger dealership operators are tapping Automotive Properties to buy some of their underlying real estate, cash that is then used to buy other dealerships.

It’s a win-win for both parties. These operators then sign long-term leases of a decade (or longer), giving investors fantastic rent stability.

Usually, a small-cap stock growing as fast as Automotive Properties doesn’t offer much of a dividend. All spare cash is invested back into growth.

This company is a true outlier, offering investors a dividend of $0.067 per share every month, which works out to a robust 7.07% yield.

Although royalty companies like A&W are generally yield plays – since the company’s compensation for owning the trademarks is first dibs at the royalties paid on sales – A&W has followed a timeless method to generate substantial capital gains as well.

It focuses on serving delicious food, made from the best ingredients, to customers that are willing to pay a little more for quality.

The strategy has worked. AW has turned a $10,000 initial investment into something just shy of $30,000 over a ten year period, dividends included.

A&W also has a history of using innovative promotions to drive the top line. The company’s big initiative over the last couple of years has been its Beyond Meat burger. It was the first major fast food chain to introduce the product. After many of its competitors have copied that promotion, the company pivoted to plant-based chicken nuggets.

Steady same-store sales growth and further expansion of the chain’s restaurant footprint has helped A&W deliver consistent dividend increases, including a streak of 6 consecutive quarters of dividend growth in 2018-19.

The stock has a current yield of 4.35%, an excellent payout when compared to its long-term growth potential.

To borrow an analogy from horse racing, the previous best Canadian small-cap stocks on this list have been bets on the horses.

Knight Therapeutics (TSX:GUD) is a whole different thesis. It’s a bet on the jockey.

Knight’s CEO, Jonathan Goodman, has been involved in the pharmaceutical business his entire adult life. When he was just 26 he, along with a partner, took Paladin Labs public. After nearly two decades of continuous growth, Goodman sold the company and locked in a 27% annual return for investors. Not bad over a 19-year career.

Goodman took a few Paladin assets with him and started Knight, which seeks to acquire drugs from larger pharmaceutical companies that don’t want to negotiate the complicated approval process for smaller nations like Canada. It’s pretty much the same business plan that Paladin had.

Goodman does things a little differently than most pharma CEOs. He’s incredibly patient; Knight has sat on a large cash position for years as he waits for the perfect pitch.

The company finally put some of that capital to work recently in 2020, spending $369 million for Grupo Biotoscana, a Latin American specialty pharma.

Still, even after this deal, Knight still has plenty of cash and not a nickel of debt. In fact, Goodman refuses to use debt, preferring to raise cash by selling shares when the company appears overvalued.

It’s no surprise such a passionate CEO like Goodman has considerable skin in the game. He owns more than 15% of Knight’s outstanding shares, a position worth some $100 million today.

To make this list of Canadian small-cap stocks a company must have it all. We’re looking for a growth play that has loads of potential with at least a reasonable valuation. These are the kinds of companies that can really make a difference in your portfolio. Yes, we’re talking potential returns of 100%... 200%... or even much more over the long-term.