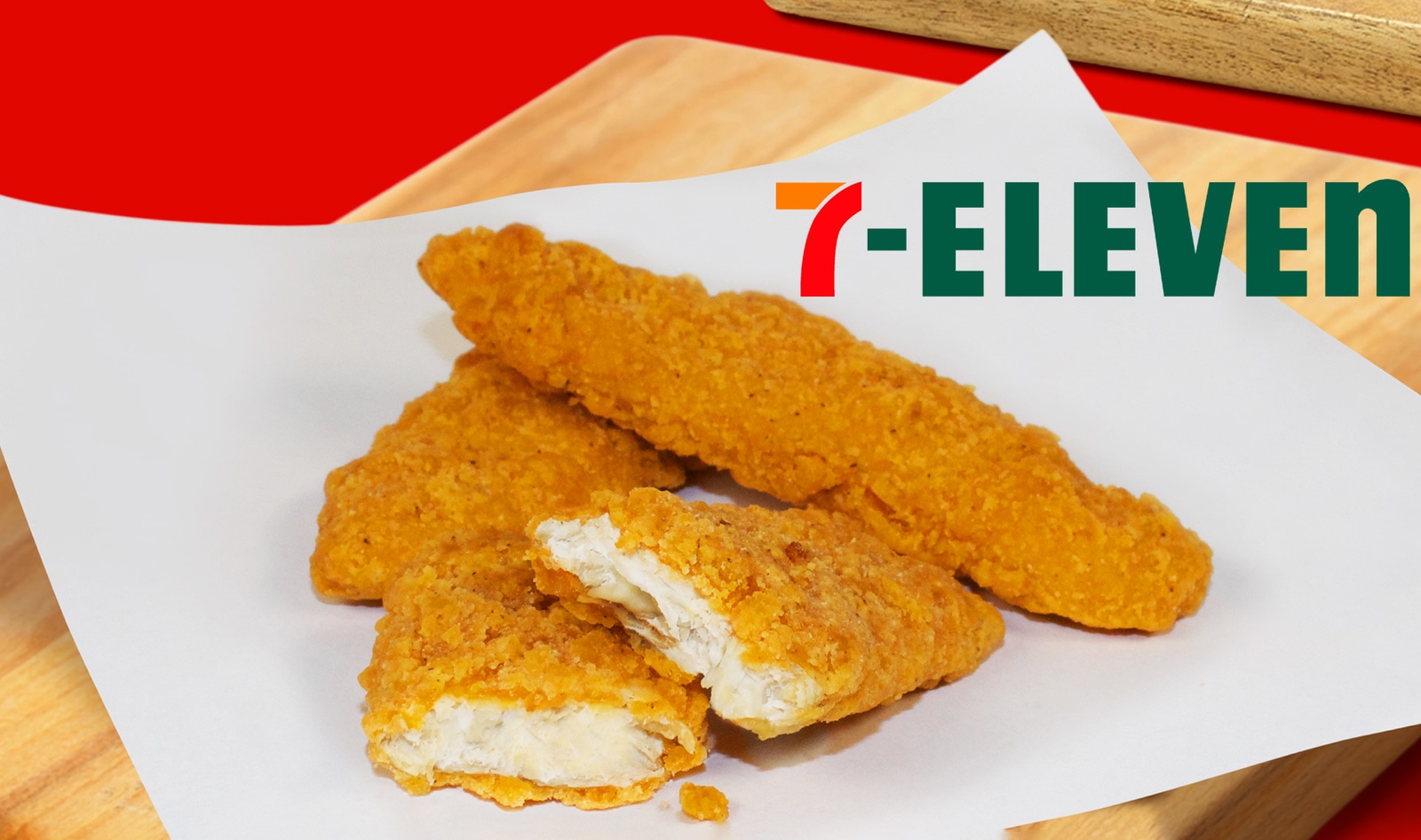 Convenience store chain 7-Eleven is now serving vegan chicken tenders at its more than 600 locations across Canada. The tenders are made by vegan brand Lightlife and are available hot from the oven 24-hours per day. The new vegan chicken is part of 7-Eleven’s Healthy To Go menu, which is designed to give plant-curious Canadians more options.

“We wouldn’t have been able to introduce plant-based products without our partnership with Lightlife,” Norman Hower, Vice President and General Manager of 7-Eleven Canada, said in a statement. “Canadians’ tastes are changing and we’re here in the neighbourhood to provide what they want. We’re proud to partner with the Lightlife team on this first-to-market product that tastes great and checks all the boxes of plant-based eating.”

In addition to Lightlife’s vegan chicken (which are priced at CAD$6.50 for three tenders), 7-Eleven is adding new take-and-bake pizzas topped with vegan pepperoni made by Field Roast–which, like Lightlife, is owned by parent company Greenleaf Foods. These new items can be found at 7-Eleven stores across Canada or ordered through the convenience store’s 7NOW app and other delivery platforms such as SkipTheDishes, Uber Eats, and DoorDash.

Lightlife’s vegan chicken at 7-Eleven and beyond

In October 2021, Lightlife unveiled its realistic Plant-Based Chick’n Tenders—made from chickpea and pea protein—at the hot bar of 500 Whole Foods Markets in Canada where it was featured in a variety of chef-prepared recipes.

“We’re thrilled to expand availability of our Lightlife Chick’n by partnering with 7-Eleven Canada, to carry our plant-based protein products on their menu,” Dan Curtin, President of Greenleaf Foods, said in a statement. “We continue to see strong momentum with our products in the foodservice sector throughout North America as more consumers try plant-based foods. This latest partnership with 7-Eleven Canada invites plant-based fans and plant-based curious consumers to taste our latest delicious innovation.”

Lightlife’s vegan chicken is also available as part of a vegan sandwich or as nuggets at 400 Pizza Pizza locations across Canada. Earlier this month, Lightlife’s tenders also launched at traditional chicken chain Mary Brown’s as its first vegan chicken option.

While Lightlife’s vegan chicken spreads across Canada, Beyond Meat’s plant-based chicken is taking hold in the United States foodservice sector. The brand worked with Panda Express to create a vegan version of its Original Orange Chicken, dubbed Beyond the Original Orange Chicken (BTOOC). Panda Express first tested the vegan orange chicken at select locations in July 2021 and after selling 1,300 pounds of BTOOC in one day, the chain expanded the test to 70 additional locations in 10 states in October.

Outside of Canada, KFC has introduced vegan chicken options to several regions in recent years, including the United Kingdom, Thailand, and China. In the US, KFC has been working in partnership with Beyond Meat for two years to perfect vegan fried chicken and today, the anticipated Beyond Fried Chicken launches at all 4,000 KFC locations nationwide. The new vegan chicken is served à la carte in six-piece or 12-piece sizes, or as part of the first plant-based combo meal offered at KFC in the US, which comes with fries and a medium drink.

Burger King is also making moves in the vegan chicken direction across regions. In the US, the chain looked to its existing partner Impossible Foods to add its plant-based chicken to test locations last year. In the United Kingdom, Burger King just became the first fast-food chain in the country to offer plant-based chicken nuggets, which it made with its longstanding partner The Vegetarian Butcher.