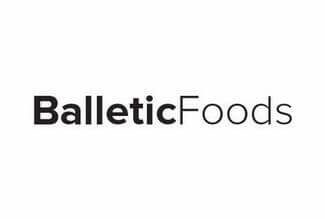 I’m keeping a close eye on the progress of lab grown meat, so I created this page to serve as a company directory.

Note that most of these are private companies, if you are looking to invest in this industry, see my page on lab grown meat companies to invest in.

I’ll try to keep this page as up to date as possible as new startups gain traction.

I’ve grouped the cultured meat companies by country, but other than that they are just in alphabetical order.

Here is my complete list of lab grown meat companies:

Because Animals began by making plant-based cat and dog foods, but is now developing pet foods made from cultured meat as well.

While dogs have no problem with plant-based foods, it’s debatable whether they are appropriate for cats (the general consensus is that they are not). Lab grown pet food would allow owners to feed their pets meat in an ethical way.

In order to cultivate cells, they need to be exposed to growth medium in a bioreactor. There’s a lot of room to improve the current growth mediums (that usually relies on fetal bovine serum).

BlueNalu is aiming to be the global leader in cellular aquaculture (i.e. synthetic seafood).

Similar to Because Animals, Bond Pet Foods has started with plant-based dog food, but has been working on cultivated meat-based pet food for years.

Unfortunately, they always seem to be 1 year away from selling a commercial product. I remember learning about the company and following them in 2019 when looking at the potential of lab-grown cat food, and it was supposedly supposed to hit the shelves within the next year (which didn’t happen).

As the name suggests, Finless Foods is focusing on lab-grown seafood.

They’re starting with tuna, since it’s the most popular fish in most metrics worldwide. One of the biggest advantages of lab-grown meat is the absence of toxins like heavy metals, which large fish like tuna accumulate in the wild.

GOOD Meat is a brand made by Eat Just (who also makes things like plant-based egg products). It seems like the company is ahead of most of its competitors on this list for now.

The company’s cultured chicken was approved for sale in Singapore near the end of 2020, and they are also working with the FDA in the U.S. to build a process for regulatory approval of cultivated meat.

UPSIDE Foods was originally Memphis Meats, one of the startups that gathered the most attention in recent years.

It’s founded by cardiologist Uma Valeti, and has huge investors including:

While Mission Barns has created some lab-grown meats, those are mostly proof of concept of their lab-grown fat technology.

New Age Meats is starting with making sausages because it’s “easy” compared to other types of meat (essentially shaping some ground meat in a casing), but is planning to expand over time.

Wild Earth has been pitched on Shark Tank and has Mark Cuban as an investor.

They make plant-based pet food and plan to expand to pet food that’s made with cell based meat.

Wild Type is another company trying to manufacture cell based seafood. It’s focusing on sushi-grade salmon to start with.

Aleph Farms is the only startup I’ve come across that’s specifically focusing on making lab-grown (and carbon neutral) steak.

It’s also the company that produced cultivated meat in space in 2019. With the growing interest in space travel, being able to produce meat on demand in space could be huge (although probably decades down the line).

This is one of the cultured meat companies that Leonardo DiCaprio has invested in.

I couldn’t find much information on Bio Food Systems other than it exists.

According to the company, “Future Meat Technologies (FMT) is the first cultivated meat company to break the $5 cost barrier”.

They’re attempting to scale production in order to make products even more affordable.

MeaTech is another one of the most publicized startups in this space, with investors like Ashton Kutcher and Guy Oseary.

The company is focusing on developing premium cuts of lab-grown meat, rather than ground meats like most others are.

Their Belgium factory will 3D print realistic meats (i.e. both protein and fat).

SuperMeat is one of the first to establish supply to a restaurant. The restaurant “The Chicken” will serve chicken made by SuperMeat, located in Tel Aviv.

Meatable was one of the first startups to replace bovine serum while being able to improve the speed and cost of their lab-grown meats.

Mosa Meats is another one of the cell-based meat companies that DiCaprio has invested in.

Shiok Meats is the largest cultivated seafood company in Singapore and South-East Asia.

Biotech Foods has a proven product – Ethicameat – that they are trying to scale up at this point.

I wasn’t sure if I should include Cubiq Foods or not because the company doesn’t produce meat. Instead, it makes lab-grown omega 3 supplements.

Traditionally, omega 3 supplements are derived from fish (or algae for plant-based supplements).

GOURMEY is focusing on foie gras and poultry to start with, and then planning on expanding to other types of meat in the future.

If you’re looking for lab-grown kangaroo meat, it’s not surprising that an Australian-based company would be the first one to try and manufacture it.

Note that the company has stated that it will expand to chicken and pork in the near future as well.

Avant Meats claimed that in 2020 it was able to achieve a 90% cost reduction when it comes to cultivated fish fillet.

It is planning on launching a pilot production plant in 2022 and scaling up from there.

Higher Steaks is making pork products that are a mixture of cultivated meat and plant-based ingredients.

For now, it’s most well known for its bacon and pork belly prototypes.

There’s very little information on this company, so it remains to be seen if it will be a real competitor to the other businesses on this list.

Clear Meat is the first lab-based meat company in India, although it seems like the company is still working on prototypes.

It’s still really early, but Mogale Meat is drawing some attention. The Canadian-based investment platform CULT has invested in the company.