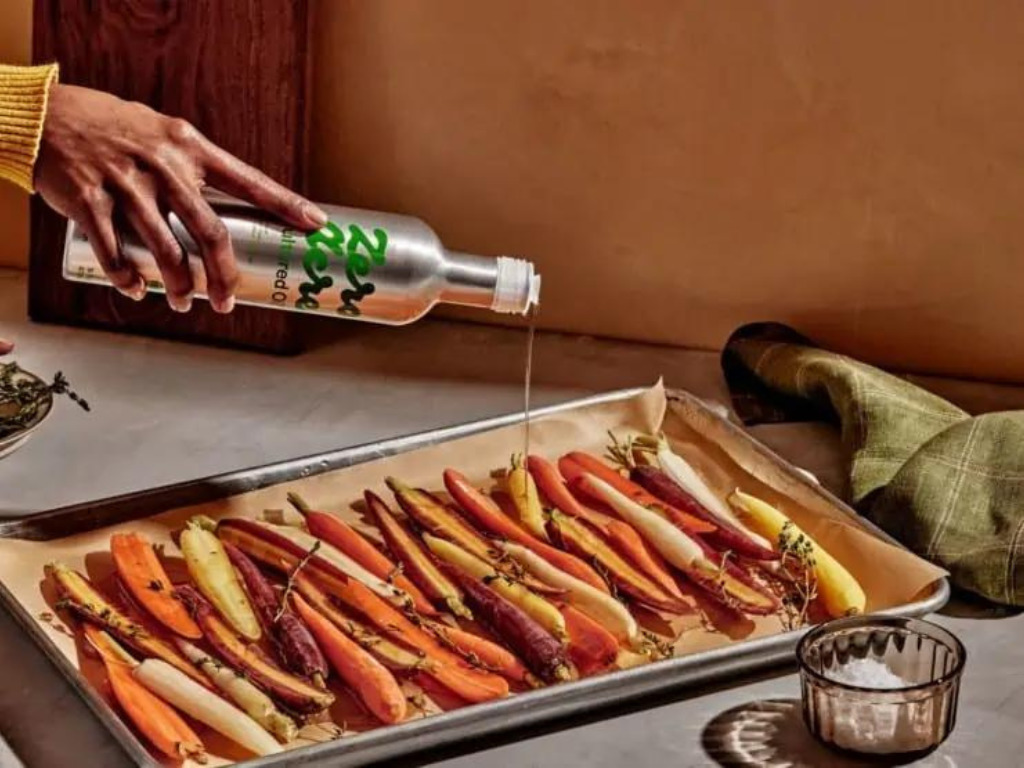 “We are thrilled to work with such an incredible partner to bring delicious alternative food to our daily life and show the infinite possibilities that PhytoFat can offer for sustainability initiatives. This is an amazing achievement for our efforts in advancing the plant-based movement,” Dr. Jen-Yu Huang, Co-founder and CEO of Lypid, said in a statement.

“With the early success and highly positive feedback from consumers, we aim to take our innovation to more channels in the following months,” Huang said.

According to Louisa Coffee founder and chairman Chris Huang, the new meat-free menu items are aiming to “provide delicious food that is better for the body and the planet.”

Lypid achieves its vegan fat with vegan oil and water; it says it has created “animal fat-like qualities” when heated about 329°F (165°C), enhancing both texture and flavor of whatever plant-based meat it’s added to. Lypid also says its proprietary fat offers a better nutrition profile than animal fat, reducing calories and saturated fat.

The San Francisco-based Lypid says while there are a number of innovations in the plant-based meat category—including fellow Bay Area food tech company, the vegan meat leader Impossible Foods—fat is the missing ingredient in many of the products.

“Vegan oils used today simply melt and leak out of the food matrices due to lower melting points,” said Dr. Michelle Lee, Co-founder and CTO of Lypid, “With our PhytoFat, we are bringing the secret sauce back.”

In March, Lypid secured $4 million Seed funding from the Green Generation Fund, with Big Idea Ventures and SOSV’s Indie Bio participating, amongst others. The funding is going to further develop its proprietary fat technology.

Last week, Zero Acre Farm, which closed a $37 million Series A funding round earlier this year, released its first product, a cultured oil, after months in stealth mode.

“The day has finally arrived. Cultured Oil is here, and officially for sale,” Co-founder and CEO Jeff Nobbs said in a statement last week. “It’s time to start saying goodbye to the era of unhealthy, unsustainable, and not-very-tasty vegetable oils.

“Cultured Oil is a cooking oil made by fermentation. We call it the all-purpose cooking oil with a purpose. Cultured Oil has even more healthy fats than olive oil and a 90 percent smaller environmental footprint than vegetable oil, with a super high smoke point and a clean, light, delicious taste. Cultured Oil is our first step toward a food system that doesn’t do so much harm,” Nobbs said.

The company has received backing from a number of celebrities including members of the rock band Coldplay, Sir Richard Branson, and Robert Downey Jr.’s Footprint Coalition.