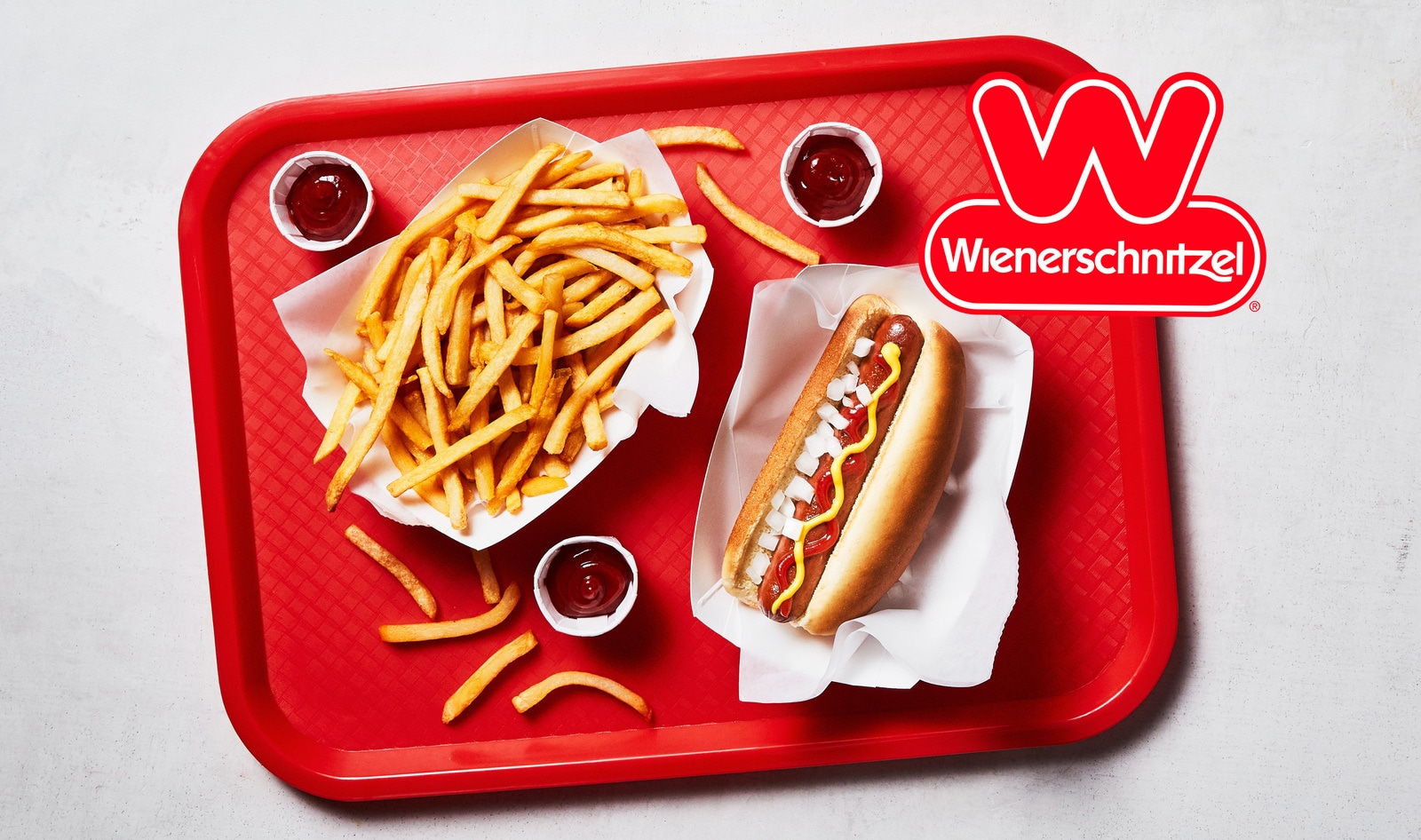 Wienerschnitzel, the world’s largest hot dog chain, just added vegan hot dogs to all of its 327 locations across 10 states nationwide. The new options at Wienerschnitzel feature Field Roast’s Signature Stadium Dog, a new vegan hot dog developed by Field Roast that is made from pea, brown rice, and fava bean protein and is double smoked using maple hardwood wood chips and a combination of steam and dry heat.

“​​Few foods stir passion like hot dogs, and we’re proud to satisfy that all-American hot dog craving for plant-based consumers nationwide through our continued partnership with Wienerschnitzel,” Dan Curtin, President of Field Roast’s parent company Greenleaf Foods, said in a statement. “It’s an honor to partner with such a popular and iconic restaurant chain where hot dogs aren’t just an option—they’re the menu’s focus.”

Field Roast’s vegan hot dogs will be available for a limited time in three options on Wienerschnitzel menu: Backyard (topped with dairy-based American cheese, a pickle spear, tomato, ketchup, and mustard); Barbeque Veggie Dog (served with barbecue sauce, a pickle spear, and onions), and Chicago Veggie Dog (topped with a pickle spear, tomato, sport peppers, onions, relish, mustard, and celery salt). The buns used are free from animal products which means that The Backyard Veggie Dog can be ordered vegan without dairy-based cheese while the other two options are vegan without modifications.

Wienerschnitzel is promoting its new Veggie Dogs with a $1 off coupon valid through January 31, 2022.

“We’re excited to bring the Field Roast plant-based dogs systemwide following the great consumer response in our in-market tests across California, Texas, and New Mexico,” Doug Koegeboehn, Chief Marketing Officer of Wienerschnitzel, said in a statement. “Consumers are eager to try plant-based options, and those who have tried our Veggie Dogs keep coming back for more. We look forward to making the product even more accessible with this national expansion.”

Field Roast hit another home run last year when it partnered with baseball team Los Angeles Dodgers to create a vegan version of the popular Dodger Dog. The Plant-Based Dodger Dog, which is made with a choice of toppings, is now available at select concessions and suites across the Dodger Stadium during home games.

And perhaps one of the most iconic hot dogs in the US, Nathan’s Famous, also underwent a plant-based makeover last year. Known for its annual hot dog eating contest, the New York-based restaurant chain and food company created the plant-based Coney Island hot dog in partnership with vegan brand The Meatless Farm. In April 2021, Nathan’s released its first meatless hot dog as a kit available for purchase through its website (where it is currently sold out) with a promise of adding the new option to its physical locations in New York, Connecticut, Florida, and New Jersey and other outposts in the near future.