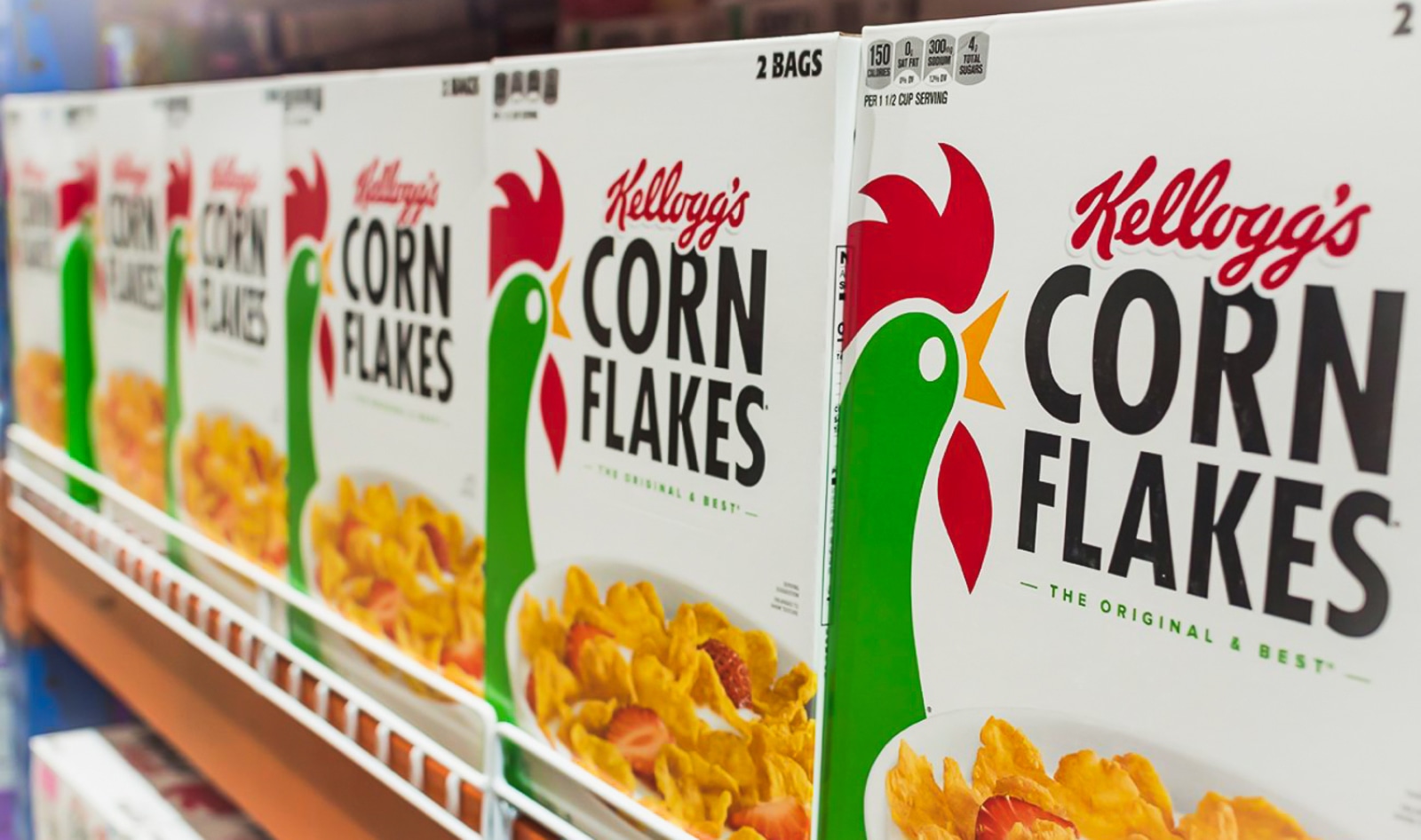 Food giant Kellogg Company is transforming into three distinct, yet-to-be-named, businesses that focus on plant-based food, cereals, and snacks. The company decided to divide its business into these key segments to focus on bringing innovation and growth into each. “Kellogg has been on a successful journey of transformation to enhance performance and increase long-term shareowner value,” Steve Cahillane, Kellogg Company’s Chairman and CEO, said in a statement. “This has included re-shaping our portfolio, and today’s announcement is the next step in that transformation.” Moving forward, Kellogg’s will operate these three tax-free spin-offs as independent public companies, each with their own company cultures and strategic priorities, with the goal of maximizing the potential of its plant-based food, cereal, and snacking segments. Dividing the companies in this way allows for them to set their own growth targets relative to their markets and brings more agility to each. “These businesses all have significant standalone potential, and an enhanced focus will enable them to better direct their resources toward their distinct strategic priorities. In turn, each business is expected to create more value for all stakeholders, and each is well positioned to build a new era of innovation and growth,” Cahillane said.

Under the new split, Kellogg’s is tentatively calling its plant-based food business “Plant Co.,” which it values at $340 million currently. This company will be anchored by Kellogg’s MorningStar brand, which it acquired 20 years ago and has been expanding greatly in recent years. To compete with emerging plant-based meat technologies, Kellogg’s debuted MorningStar’s Incogmeato line in 2019 with “next-gen” plant-based burger patties, chik’n nuggets, and chik’n tenders before expanding with two flavors of soy-based vegan sausages in 2020. Since then, the brand has kept up with trends and innovations in the plant-based space and in 2021 launched vegan chicken tenders that mimic their animal counterpart. Featured on the menu at popular Atlanta-based chain Slutty Vegan, the breaded tenders are made using a proprietary technology that creates a pull-apart texture that is indistinguishable from chicken meat. Incogmeato also previously partnered with Disney (Mickey-shaped vegan chicken nuggets) and Kellogg’s-owned Eggo (limited-edition vegetarian chicken and waffles box) to create co-branded plant-based meat products.

As an independent company, Plant Co. can focus on capturing more market share of the plant-based category and further expanding its reach across its target areas, which are currently the United States, Canada, and the Caribbean. The second independent company is tentatively called the “North American Cereal Co.” is currently valued at $2.4 billion and includes brands such as Kellogg’s, Frosted Flakes, Froot Loops, Mini-Wheats, Special K, Raisin Bran, Rice Krispies, Corn Flakes, Kashi, and Bear Naked. The last portion, which Kellogg’s is calling “Global Snacking Co.” for now, is valued at $11.4 billion and includes brands such as Pringles, Cheez-It, Pop-Tarts, Kellogg’s Rice Krispies Treats, Nutri-Grain, and RXBAR. The North America Cereal Co. and Plant Co. will both remain headquartered in Battle Creek, MI while Global Snacking Co. will maintain dual campuses in Battle Creek and Chicago, with its corporate headquarters located in Chicago. The spin-off businesses are expected to be completed by the end of 2023.

Kellogg’s has been in business for 116 years and its restructuring is part of a growing trend of food giants adding subsidiaries to capture consumer interest in plant-based foods. Canadian meat giant Maple Leaf Foods did just that in 2017 when it acquired both Lightlife Foods and Field Roast Grain Meat Co. for $140 million and $120 million, respectively. Soon after, the company created Greenleaf Foods as a subsidiary that focuses solely on growing its plant-based businesses. Danone took a similar approach when it acquired White Wave Foods—which operates the Silk, So Delicious, Alpro, and Vega brands—in 2016 for $12.5 billion. Since then, Danone has made substantial headway in the dairy-free space with its own launches under brands such as Oikos and investments in innovation that have resulted in new blended plant-milk products under its So Delicious and Silk brands.

Last year, Danone built out its plant-based portfolio with the acquisition of Earth Island, the company behind Vegenaise maker Follow Your Heart. The acquisition allows Danone to build on its goal to increase its global plant-based sales to $6 billion by 2025. Kraft Heinz is also looking to enter this space, but through a strategic partnership with TheNotCompany, a Chilean startup that uses artificial intelligence to create plant-based alternatives that are identical to their animal-based counterparts. Under this partnership the companies will operate The Kraft Heinz Not Company which melds Kraft Heinz’ extensive industry knowledge, connections, and iconic brand portfolio with NotCo’s technologies. This partnership is expected to result in new plant-based products and potentially plant-based versions of Kraft Heinz existing products such as boxed mac and cheese, Lunchables, and more. Overall, the goal of this joint venture is to “reshape the food landscape and set a new standard for plant-based innovation.” For the latest vegan news, read: A Vegan Diet Rich in Legumes Can Help You Lose Weight, New Study Finds  Did Gordon Ramsay Just Make a Vegan Steak Out of an Eggplant? Dairy-free Milkshakes Arrive at All 220 Smashburger Locations plant-based field roast meat chicken cheese milk soy burger dairy-free strategic partnership industry startup