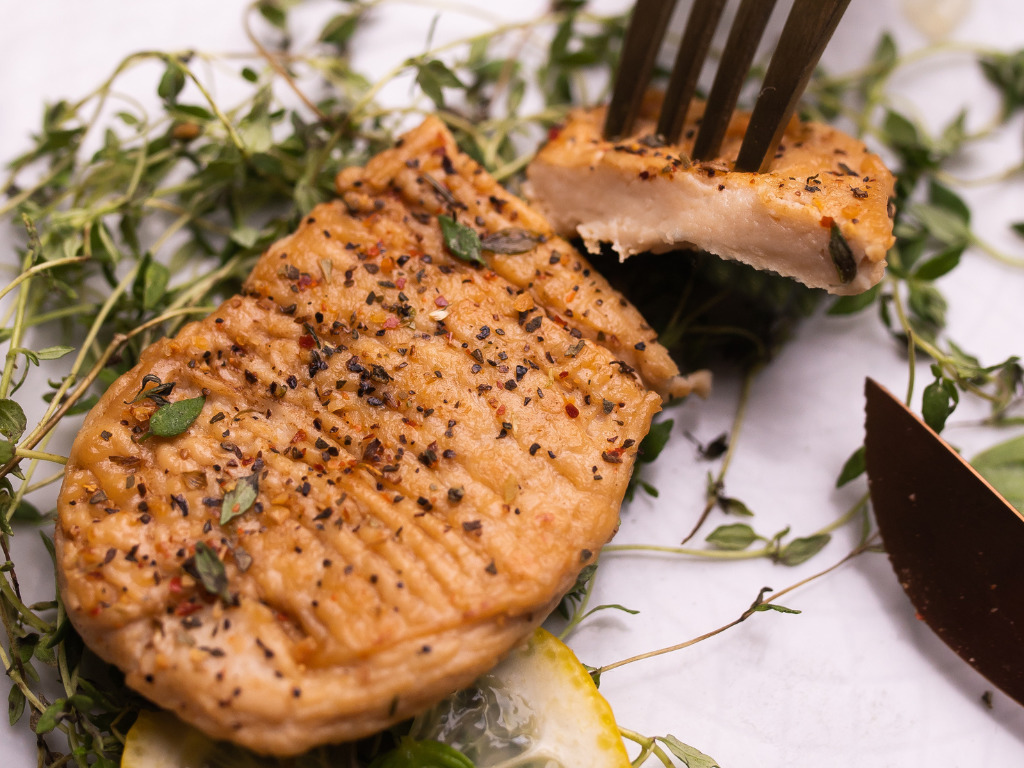 Indian vegan seafood startup SeaSpire has unveiled a plant-based snapper fish analogue created using bio-printing. The company says the seven-ingredient alternative is clean label and the first of its kind in the APAC region. It was created using a proprietary printing platform that has sought to capture the texture of conventional fish using AI for precision results.

The startup was founded to fill a gap in the alternative protein sector. SeaSpire cites a lack of whole-cut products that can act as a 1:1 substitute for conventional seafood as its driving motivation. Tackling what it identifies as a major challenge within the APAC region, SeaSpire has developed technology that can combine plant and synthetic biomass into one realistic whole-muscle analogue, on a commercial scale.

SeaSpire is currently working on creating a fully operational base within India, specifically to cater to the APAC region as a whole. To date, it has undertaken its R&D activities in New Zealand. An expansion to India is key, as the country has been specifically noted as a key driver for the plant-based meat sector. SeaSpire is hoping to replicate the trend with alternative seafood.

“We see greenfield opportunities when it comes to alt-seafoods in the largest seafood consuming regions like India and south-east Asia and aim to drive category growth in this region with a range of healthy and delectable alt-seafood starting with our whole-muscle whitefish filets,” Shantanu Dhangar, co-founder of SeaSpire said in a statement.

The company hopes to benefit from product development and testing within New Zealand, a country renowned for its seafood with commercial-scale manufacturing to follow in India. From here, it claims it will look to roll out finished products across both. It has also named Australasia and Singapore as markets it is keen to move into as part of an APAC-wide expansion.

“We need smart proteins and even a smarter production infrastructure to address sustainable food transition for future generations,” Varun Gadodia, co-founder of SeaSpire Said in a statement. “Reducing supply chain stress, ingredient innovations and upcycling feedstock are supporting pillars for our success at SeaSpire.”

SeaSpire will be debuting its snapper analogue at the Tomorrow’s Protein Summit, an event hosted by XPRIZE, later in the year. 2023 is slated for the startup’s first commercial launch.

The new wave of alternative seafood

2022 has seen multiple new seafood analogues unveiled by startups from around the world. Each is looking to remove the need for commercial fishing by developing increasingly realistic alternatives that look, taste and function like their conventional counterparts.

With up to 90 percent of the world’s fish stocks already depleted, the need for alternative protein sources is clear. Marine biodiversity is in a perilous state but so is human health. Consumers are starting to understand that seafood, while often touted as a healthier alternative to red meat, contains toxins, heavy metals and microplastics that have an impact on wellbeing.

Taking a different tack from many, tempeh startup Better Nature is looking to use traditional fermentation techniques to create mycelium biomass-based alternative seafood products. The company is looking to use food industry by-products in its process and has been awarded a £350k grant from Innovate U.K. to continue its R&D. Better Nature says that its seafood will be equivalent, if not superior to conventional fish across all metrics, including nutrition.

Paris-based startup Seafood Reboot closed a €3.2 million pre-seed funding round in May to support its alternative seafood efforts. The company is looking to leverage seaweed as a key ingredient in its developments and hopes to have a pilot production facility completed by early 2023. So far, Seafood Reboot has been careful not to release too much information but it does state that its end products will be vegan and non-GMO.