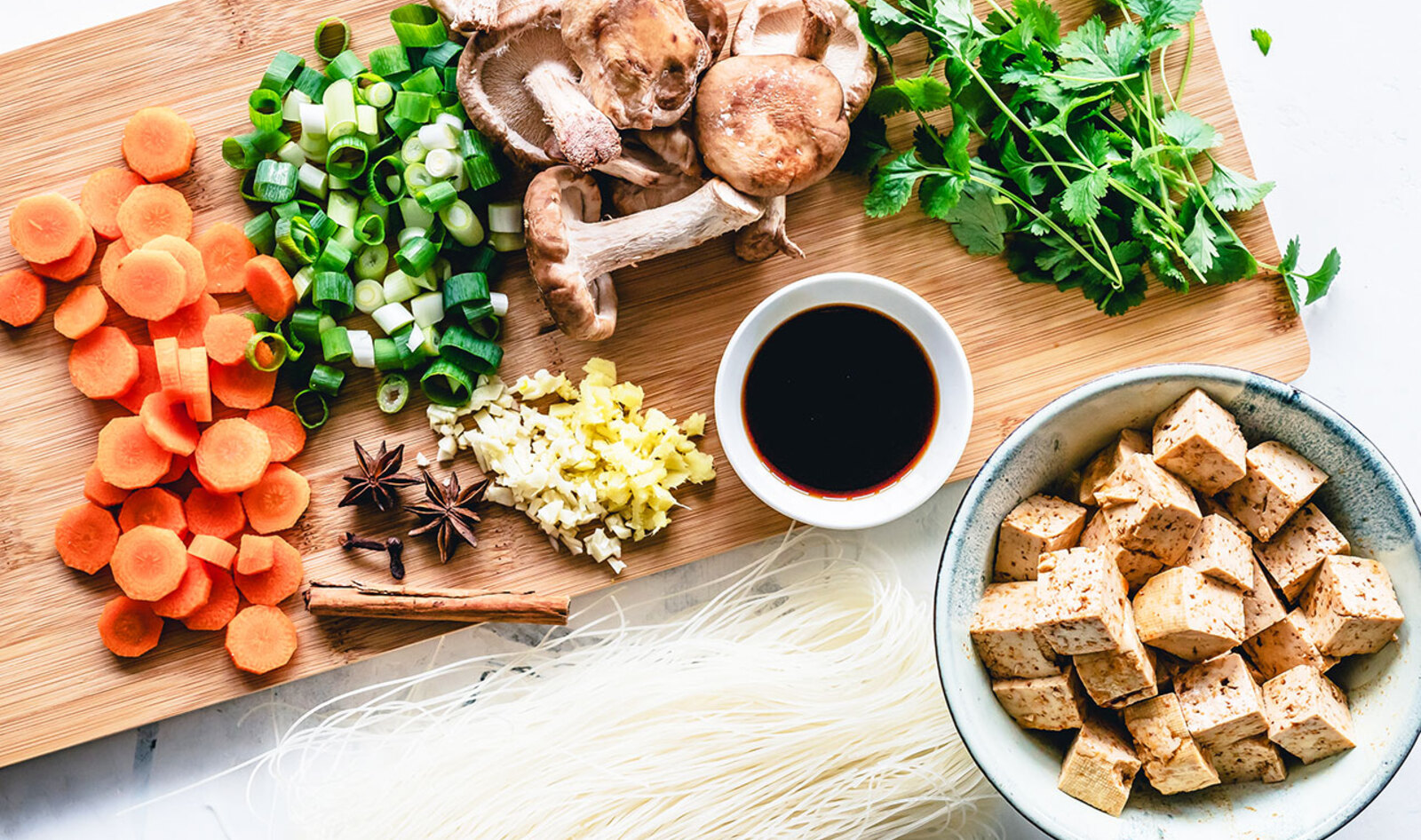 A plant-based diet can protect you against a variety of cancers affecting the digestive system, according to a study published in the medical journal Frontiers of Public Health. According to the study authors, common digestive system cancers such as liver, esophageal, gastric, and colorectal tumors are among the 10 most significant healthcare issues worldwide.

Researchers at the Shandong University of Traditional Chinese Medicine searched five English databases—including PubMed, Medline, Embase, Web of Science databases, and Scopus—for studies linking diets to cancers of the digestive system. The studies that the researchers analyzed included a total of 3,059,009 subjects which, according to the researchers, provided the power to detect a statistically significant relationship between plant-based diets and digestive cancers.

The study defined plant-based diets as a diet that excludes any meat, meat products, seafood, or food of animal origin; and a diet characterized by a higher consumption of fruits, vegetables, legumes, and nuts rather than animal products.

The results of the studies were meta-analyzed for effect sizes and confidence intervals, and the conclusions suggested that a plant-based diet pattern played a protective factor for the risk of digestive system cancer in the cohort studies and case-control studies.

No statistically significant relationship was found between plant-based diets and colon cancer or rectal cancer.

“The implication of this study is a call for action to pay special attention to plant-based diets to reduce the risk of digestive system cancers,” the study says.

“In summary, it is important to understand and reveal eating habits that make our lives healthier and the important role these habits play in the management and prevention of oncological diseases,” the study notes. “Our study proposes that a plant-based diet is promising to prevent the development of cancer.”

Does meat increase the risk of cancer?

Conversely, the study noted that diets containing red or processed meat are associated with a growing risk of digestive system cancers. According to the World Health Organization, processed meats such as bacon, ham, and sausage are a Group 1 carcinogenic and red meat such as beef and pork is linked to colorectal, pancreatic, and prostate cancers.

A study published earlier this year in the medical journal The BMJ found that a high consumption of ultra-processed foods comes with a 29 percent increased risk of colorectal cancer in men. The research from Tufts University and Harvard University noted the strongest association between colorectal cancer and ultra-processed foods came from meat, poultry, and fish products.

“We started out thinking that colorectal cancer could be the cancer most impacted by diet compared to other cancer types,” Lu Wang, the study’s lead author and a postdoctoral fellow at the Friedman School of Nutrition Science and Policy at Tufts, said in a statement.

Similarly, another study published last year in the journal Cancer Discovery identified a DNA mutation that could account for this relationship between eating meat and colorectal cancer. The research, conducted by the Dana-Farber Cancer Institute in Boston, sequenced the DNA from 900 colorectal cancer patients and found a common mutation—or alkylation—significantly associated with patients who consumed both processed and unprocessed red meat prior to their cancer diagnosis. The chemical compounds found in red meat such as nitroso and heme are believed to cause this alkylation.

While not all cells with this mutation damage turned cancerous, Giannakis found that patients with the highest levels of this mutation had a 47 percent greater risk of colorectal cancer death in comparison to patients with a lower level of damage. Researchers are hopeful that these findings can be used to help individuals prevent colorectal cancer, or at least catch it at an earlier stage.

When it comes to colon cancer, another study conducted by a team of international researchers and scientists at the University of Leeds found that women who consume meat increase their chances of contracting distal colon cancer.

“Our research is one of the few studies looking at this relationship, and while further analysis in a larger study is needed,” lead author Diego Rada Fernandez de Jauregui said, “it could provide valuable information for those with family history of colorectal cancer and those working on prevention.”