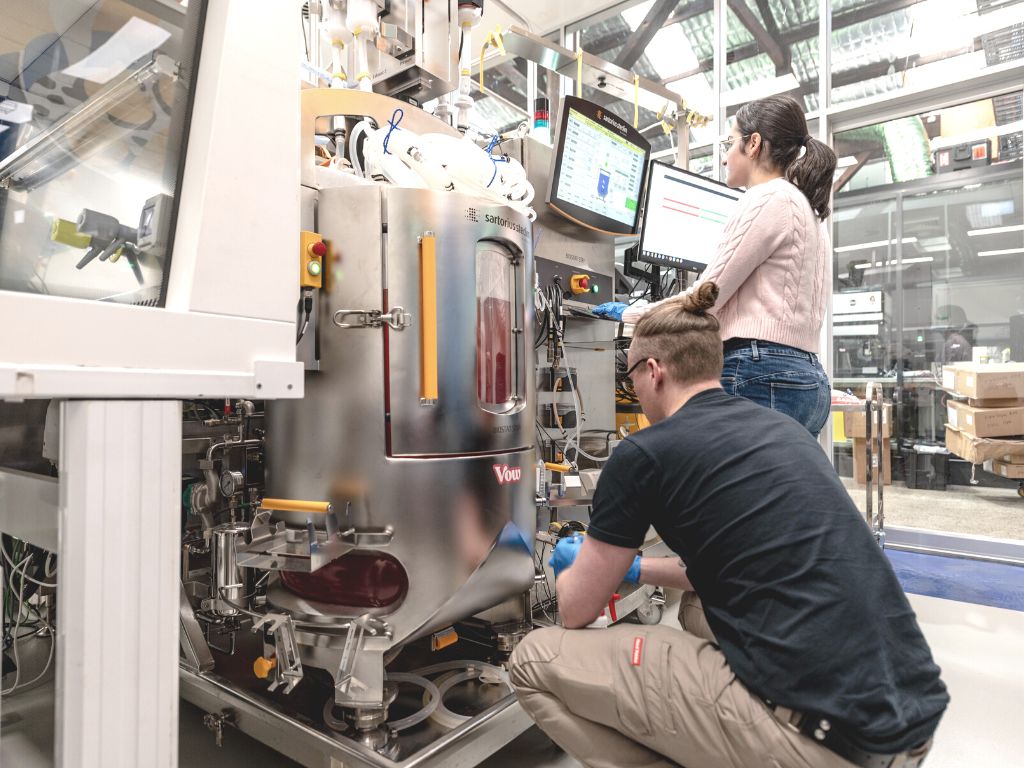 Coinciding with the opening of Factory 1 in Alexandria in Sydney, Vow says it has started developing Factory 2, which can produce 100 times the amount of cultured meat as its sister site. Factory 2 is expected to be online in 2024.

“With Factory 1 Vow has quietly become a world leader in cultured meat, we are now operating at world leading scales and have achieved all of this in just three and a half years, with a fraction of the capital,” Vow’s CEO George Peppou said in a statement.

Vow claims the factory, which is now up and running, is the largest of its kind in the southern hemisphere and is a sign of things to come out of Australia. Vow says the Factory 1 and forthcoming Factory 2 are demonstrative of the country’s strong position as a leader in new technologies aimed at feeding the global population.

“The team has developed an extremely delicious first product, and now we have the capability to produce it at scale. We couldn’t be more excited to announce it to the world in a month from now,” said Vow Cofounder, Tim Noakesmith.

Since launching in 2019, Vow has been focused on cultivated chicken, beef, and pork. It recently submitted its first product for regulatory approval. Vow expects its cultivated meat to launch in Singapore before the end of the year. Currently, Singapore is the only nation that has approved cultivated meat for sale. Vow says with its existing research and development facility, the new factory will allow it bring development and production under one roof.

Vow joins other leading cultivated meat companies including the Good Meat factory coming to Singapore. Eat Just’s cultivated meat offshoot broke ground on the factory in June. Once up and running next year, Good Meat says it can produce “tens of thousands” of tons of its cultured meat annually.

Efforts to scale up cultivated meat production and bring down costs are happening around the world. Just last month, Prolific Machines emerged from stealth mode with backing from Mark Cuban and Emily Ratajkowski. The cultivated meat company says it can bring the cost of cultivated meat down to price parity with conventional animal products, comparing its tech to doing for the category what Henry Ford did for automobiles.

“They built the assembly line for cars and found a way to manufacture cars at a price that normal people could afford. That transformed the industry because then you went from hundreds of car companies to only three companies having over 70% of the market.”

The post  Vow Opens One of the Largest Cultivated Meat Factories In the World Ahead of Anticipated Regulatory Approval appeared first on Green Queen.