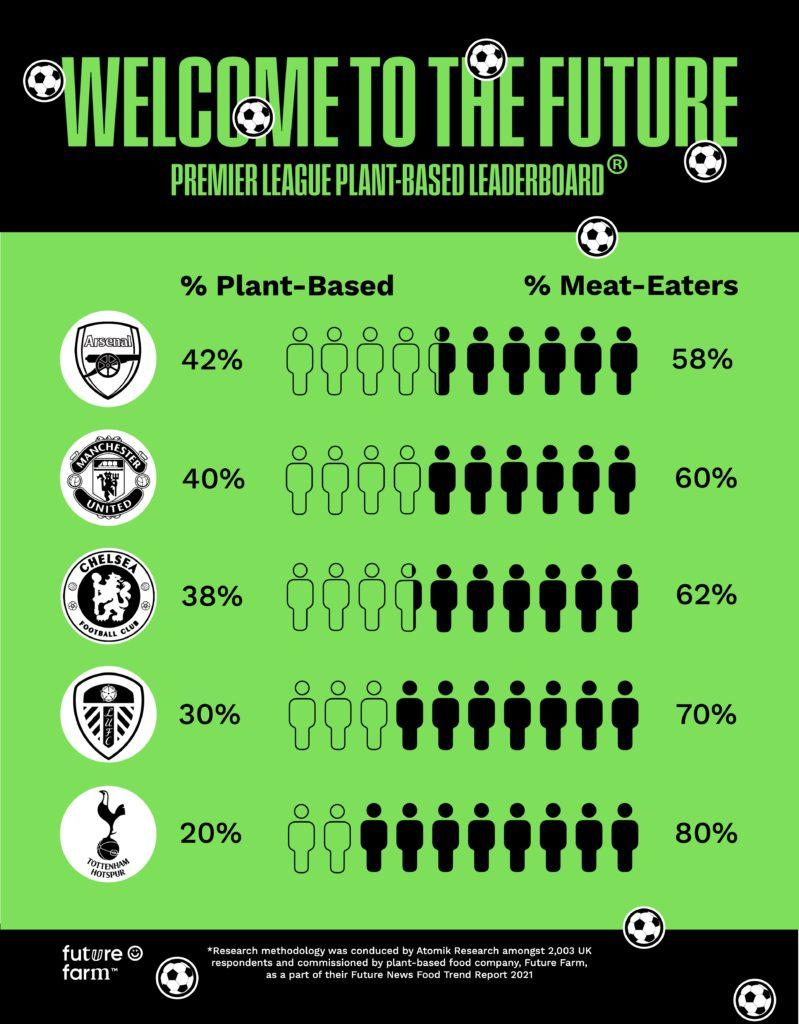 A new survey by Brazilian plant-based meat company Future Farm has revealed that 40% of British football fans have reduced meat consumption since the start of the coronavirus pandemic.

Football fans in the UK have been increasingly adopting vegan and meat-free diets since the start of the pandemic, with two out of five admitting to reducing meat consumption.

In a new survey by Brazil-based alternative meat brand Future Farm, conducted by creative agency Atomik Research, Arsenal fans came out on top in terms of the highest proportion of plant-based or meatless adopters at 42%.

Manchester United fans came a close second with 40%, while only 20% of Tottenham Hotspur fans said they followed a meat-free diet, falling in at the bottom. Of the 2,000 people surveyed, 60% believed a meal without meat is still a complete meal.

This growth among football fans is parallel with the pandemic’s acceleration of veganism, as more and more people began trying plant-based diets. Footballers like Chris Smalling, Fabian Delph, Chloe Arthur and Jack Wilshere have all converted to a vegan diet, while Forest Green Rovers is the world’s first fully vegan and carbon neutral brand.

“It’s incredible to see that veganism within football is not just a passing trend, but a growing revolution that’s built momentum over the years,” said Pedro Zuim, marketing director for Future Farm.

He added: “Football players are helping to break down the myths surrounding plant-based food — for example, not giving you enough protein, a complete myth, one which professional footballers and other sports stars have put to bed.”

The post Veganism in football is on the rise, with 40% of fans reducing meat consumption appeared first on The Vegan Review.