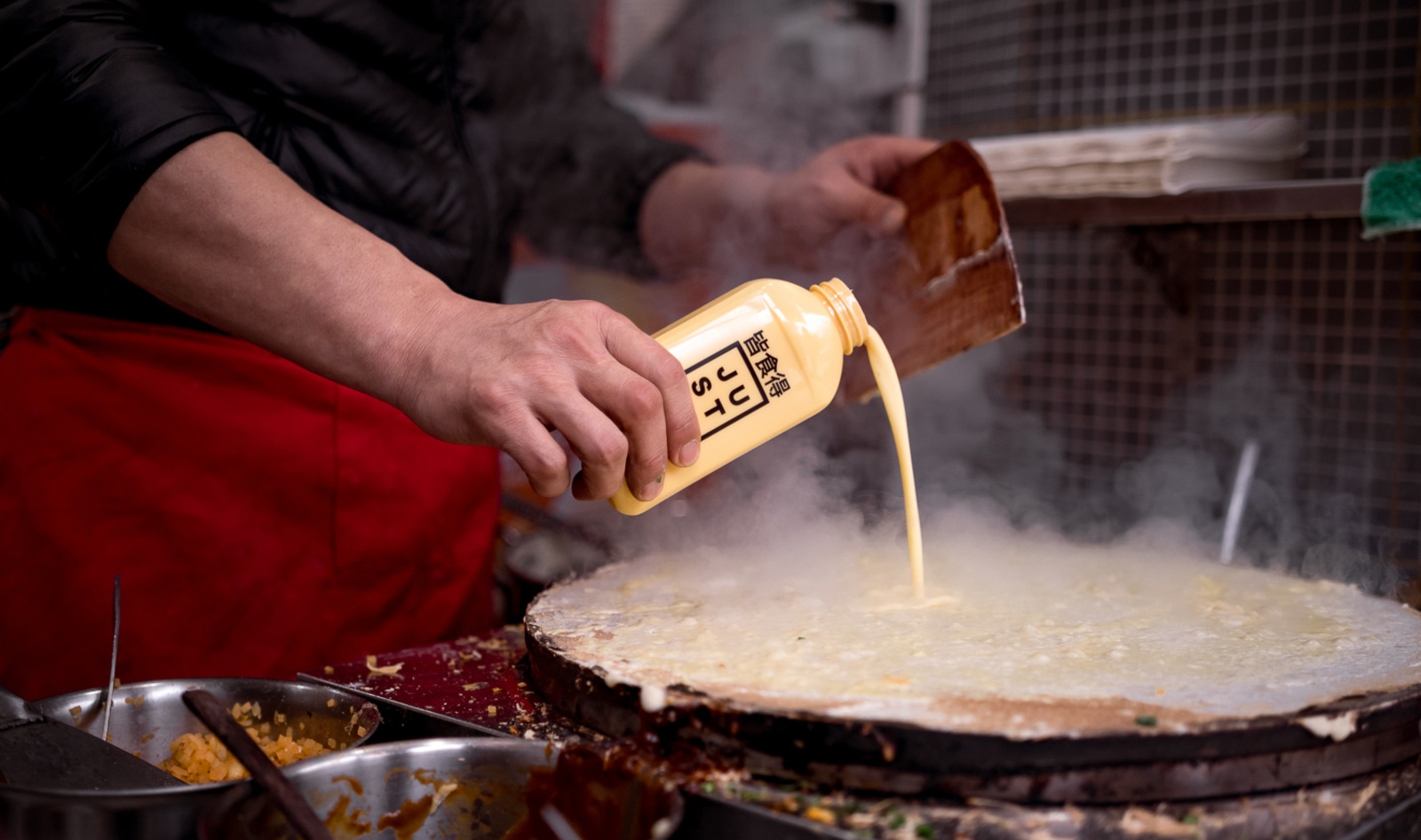 On April 30, in honor of World Jianbing Day, California-based food technology company Eat Just is launching a JUST Egg Jianbing Guide that highlights the top street vendors in Shanghai offering a vegan jianbing—a traditional Chinese breakfast street food similar to crepes—made with the company’s mung bean-based JUST Egg. Every time someone purchases a JUST Egg jianbing, they will unlock a coupon for a free JUST Egg jianbing from any of the participating vendors that can be gifted to a friend who is new to the guide.

Alongside the launch, the brand and its Future Food Studio is launching a JUST Egg jianbing pop-up featuring creative flavors at all-day breakfast cafe Egg every day for one month.

Last October, Eat Just opened the Future Food Studio in Shanghai—the first all plant-based culinary studio in China. The studio offers cooking classes using JUST Egg taught by chef collaborators. In addition, Eat Just designed a WeChat mini program through which students could sign up for classes. The JUST Egg Jianbing Guide can be accessed through the Future Food Studio mini program where they will also have access to recipes, discounts, and updates from Eat Just.

Eat Just created the jianbing guide and street vendor offerings as part of an ongoing effort to introduce its plant-based egg products to Chinese consumers. Earlier this year, one of China’s top fast-food chains, Dicos, added several menu items made with vegan JUST Egg to its menu at 500 locations—marking the first time a major fast-food restaurant has swapped an animal-based product with a plant-based one across multiple regular menu offerings. JUST Egg is now featured as part of three breakfast burgers, three bagel sandwiches, and a “Western” breakfast plate.