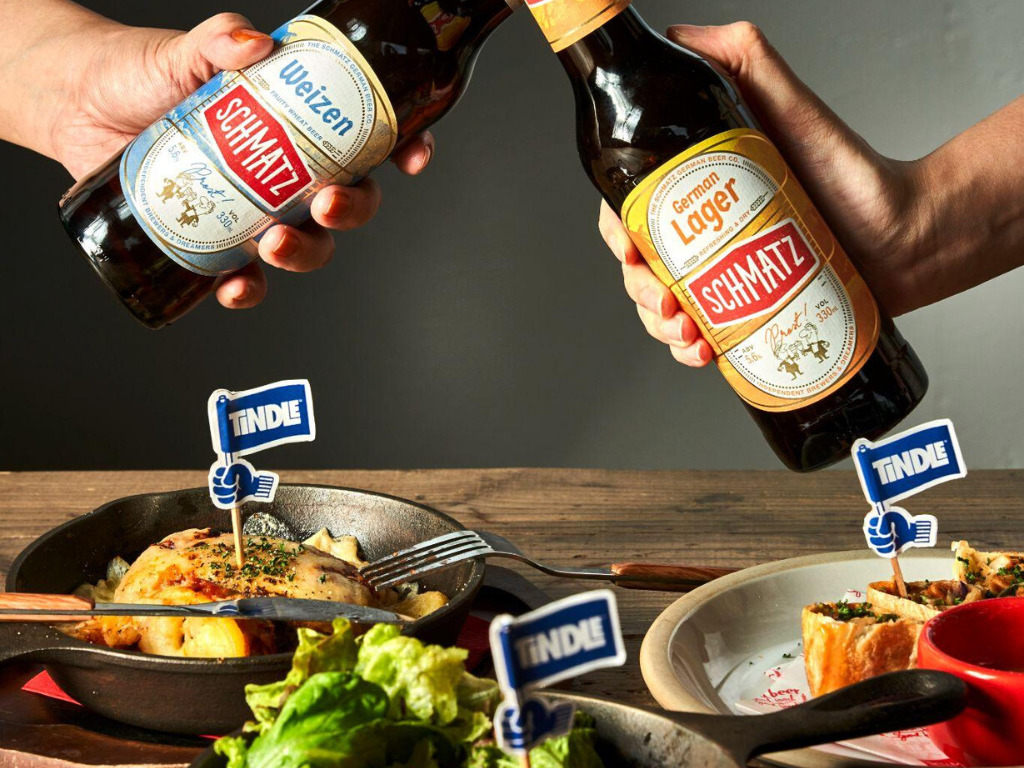 Singapore-based TiNDLE is debuting its vegan chicken in Tokyo with launches at several Schmatz German beer pub locations this month.

Starting this week, Tokyo residents and visitors can test-drive TiNDLE’s vegan nine-ingredient chicken at the Schmatz restaurants in Nakameguro and Yokohama, with Ark Hills and Shimokitazawa locations adding the plant-based protein later this month.

“We’re looking forward to bringing TiNDLE to Schmatz in Tokyo and introducing that same chicken experience that people know and love to Japanese diners,” Alex Ward, Chief Operating Officer at Next Gen Foods, the company behind TiNDLE, said in a statement.

“We are grateful for the opportunity to partner with a celebrated restaurant group like Schmatz—showcasing TiNDLE as a special menu offering —as we work to bring TiNDLE to new parts of the globe and gather deeper intel on what consumers are craving when choosing a plant-based meat over the traditional, animal-based option,” he added.

Marc Luetten, CEO and co-founder of Schmatz, says the chain is “always trying to innovate and bring fun, original elements” into the dining experience. “Our chefs are proud to have created not only delicious menu items using TiNDLE, but also those that are sustainable and inspire new possibilities for creating a better future for our planet.”

Schmatz, which started as a food truck in 2013, is widely considered one of Japan’s top casual dining restaurants. With 40 locations across the country, the German-inspired chain serves up iconic German-style sausages with local influences, among other dishes.

TiNDLE will appear in two Schmatz dishes: a German-style TiNDLE Karaage, battered and fried with an original Schmatz seasoning, and the TiNDLE Hamburg Steak that sees the vegan chicken mixed with onions, a blend of herbs and spices, and baked with potatoes and cheese.

According to TiNDLE, Tokyo is seeing rising consumer demand for sustainable food options, responsible food production, and healthier eating. Home to more than 1.4 million restaurants that embrace a range of cooking styles and cuisines from the ancient to the modern, the city is expected to see a surge in demand for plant-based protein in the coming years. The Asia-Pacific meat substitute market will reach more than $17 billion by 2024. Japan’s plant-based sector will surpass $300 million next year, according to Euromonitor.

In February, TiNDLE raised a record $100 million in a Series A for its vegan chicken and expansion plans. It brought its chicken, which it says is the first vegan chicken made “by chefs, for chefs,” to the U.S. in a limited-edition partnership with California-based vegan fast-casual chain, Veggie Grill.