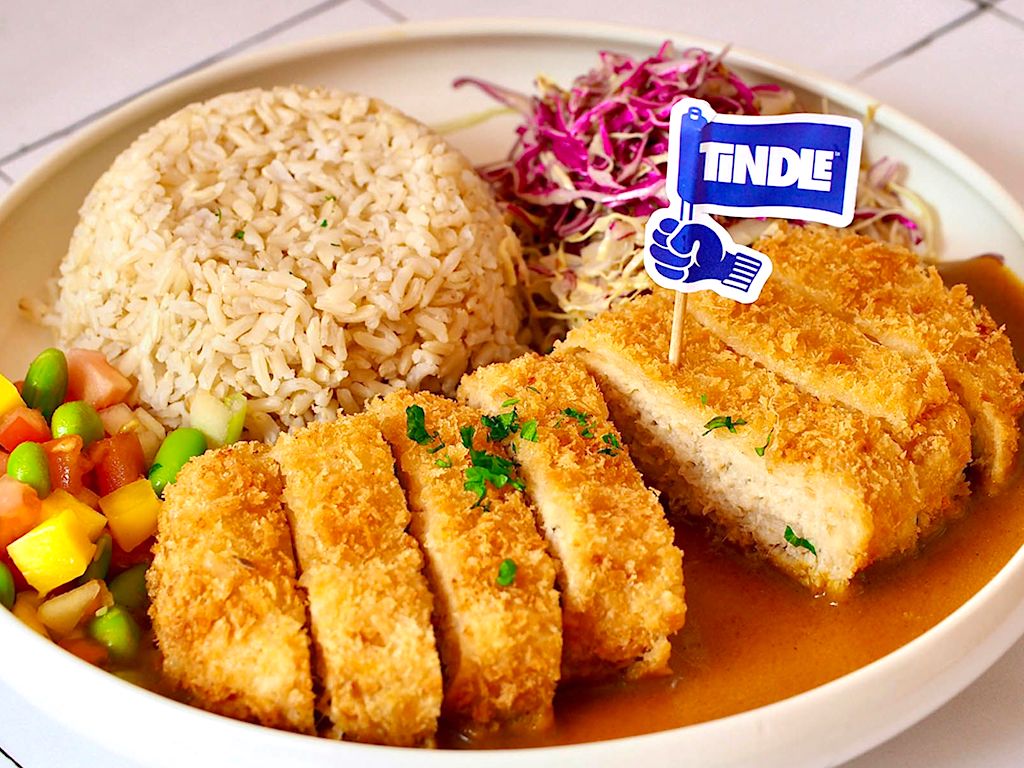 Veggie Grill states that it is on a mission to help consumer shift to a sustainable food system. The 100 percent plant-based restaurant chain is now introducing TiNDLE as its “featured grilled chicken option” for the summer. The chain has devised new menu items specifically to showcase the products, including a Grilled BBQ Chick’n Sandwich and Chinese Chick’n Salad.

TiNDLE ready to take the U.S. by storm

TiNDLE’s collaboration with Veggie Grill gains the brand instant presence across the U.S. The restaurant chain is visible across five states, with ambitions to enter more in the future. Adding its 30 storefronts to TiNDLE’s confirmed outlets brings the brand’s restaurant total to more than 500 globally. Back in February, TiNDLE announced it had closed a record-breaking $100 million Series A. The funding was earmarked to support rollout across all U.S. states, in the brand’s biggest expansion exercise to date. The U.S. was identified as a must-enter market due to its sheer size and reputation for hosting some of the best food cities in the world. Veggie Grill is present in many of them. “Veggie Grill has long been a frontrunner in the path to creating a more sustainable food system, and we couldn’t be more thrilled to team up on this incredible milestone for TiNDLE,” Andre Menezes, CEO and co-founder of TiNDLE said in a statement. “Our growth is that much more meaningful in our ability to align with partners that share in our mission to make plant-based foods accessible, delicious and enjoyable.”

Founded in 2006, Veggie Grill has become a stalwart of the plant-based restaurant sector. It claims to have been founded on the premise of helping consumers to begin or progress their animal-free diet. Its operational mantra is to help people eat the foods they love, in a more sustainable way and without sacrificing enjoyment. “At Veggie Grill, we have always prided ourselves on delivering the very best the plant-based world has to offer and partnering with TiNDLE allows us to continue to do exactly that with their high quality products,” T.K. Pillan, chairman and founder at Veggie Grill said in a statement. “And because TiNDLE is such a versatile product, it allows us to expand our offerings and give our guests a completely new grilled chicken menu experience that we know they will love.” Green Queen’s Alessandra Franco was at the Veggie Grill launch: “I tried both the Grilled BBQ Chick’n Sandwich and the Chinese Chick’n Salad. This was my first time eating TiNDLE chargrilled and the smokiness really brought out the ridiculously good chicken flavor in both dishes. The taste, texture, and mouthfeel were so spot on I had to remind myself I was at Veggie Grill and I wasn’t eating real chicken. I also loved the contrast of the two very different cuisines, which are both super popular and great additions to the Veggie Grill menu.” News of the Veggie Grill partnership follows immediately after TiNDLE revealed it has entered the German market for the first time. Four major cities are set to gain access to the plant-based chicken, with Munich, Stuttgart, Dusseldorf and Berlin all confirmed. The German entry marks TiNDLE’s third wave of its European rollout. Amsterdam and the U.K. have also received the alt-chicken products.

While TiNDLE looks to continue its global expansion, a fellow Singaporean startup wants to provide food security on home turf. Dynamic Foodco has emerged, revealing plans to offer plant-based chicken, motivated by food security concerns, by the end of 2022. It claims it will do so through its Dynameat brand, which will expand to include other meat alternatives in the future. An undisclosed seed funding round was completed to support ongoing R&D ahead of commercial launch, alongside the construction of a scaled production facility.

All photos by TiNDLE unless stated.