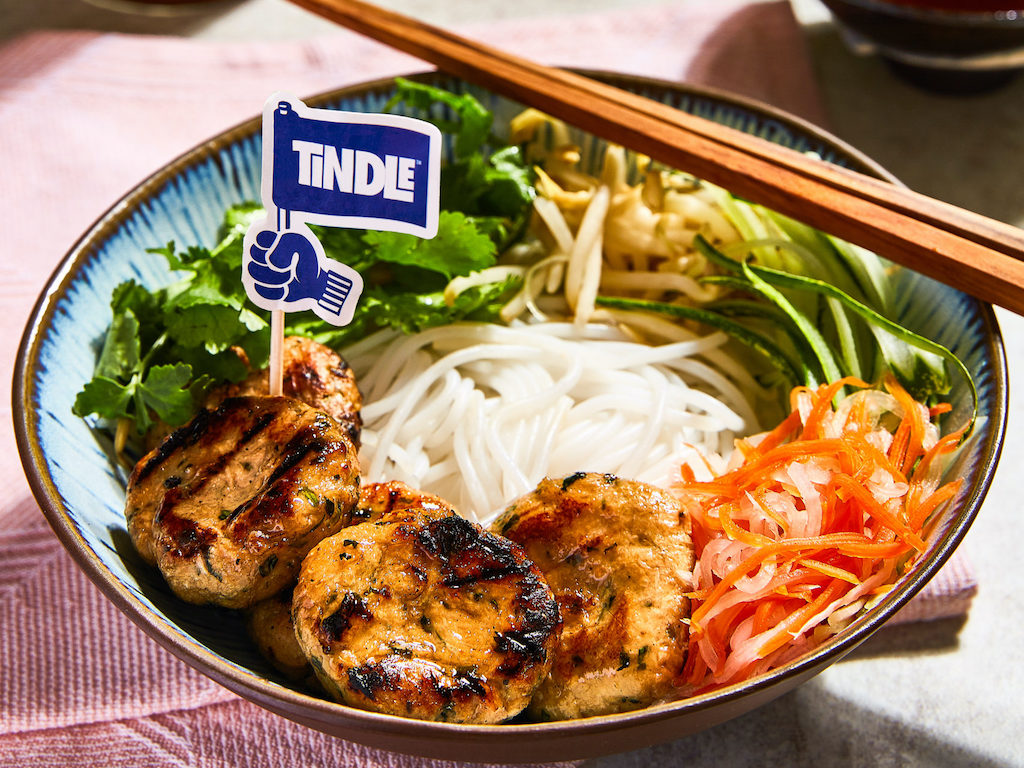 Singapore’s Next Gen Foods has announced that its flagship brand, TiNDLE is set to debut in four of Germany’s largest cities. Selected restaurants in Berlin, Dusseldorf, Munich and Stuttgart will play host to the brand’s third wave of European rollouts.

The Germany launch will bring TiNDLE’s outreach to more than 500 restaurants, across 50 cities globally. Four continents have now been supplied with the plant-based alternative to chicken, following a record-breaking $100 million Series A raise in February.

At only almost halfway through the year, TiNDLE has had a lot of news to report. Most notable has been its Series A fundraising efforts, which saw $100 million generated for global R&D and new product development. It followed a $30 million seed round in July last year and brought total funding to date to $130 million, in under 18 months of operation. Funding has accelerated expansion plans. In the U.S., TiNDLE is working with DOT, the largest re-distributor, alongside other online sellers. Consumers can access the product at selected restaurants and through food delivery platform Goldbelly. The U.S. was eyed as a key driver to the overall growth of the brand. “The U.S. has long been a target market for us, and thanks to our lineup of fantastic investors who have participated in this funding round, this is only the beginning of our journey in delivering delicious and sustainable foods to reverse our climate crisis,” Andre Menezes, CEO and co-founder of Next Gen Foods, said in a statement. In April, it was confirmed that TiNDLE was hitting the U.K. 11 restaurant chains in London, accounting for 50 individual locations, signed up to use the chicken alternative. Instagram hotspot Sketch and Aqua Shard are both confirmed restaurants. Ed ‘Earthling Ed’ Winters’ Unity Diner also serves the products. “TiNDLE has been a mind-blowing experience for our chef team at Neyba,” Ben Hedley, co-founder of the restaurant said in a statement. “It is not just the texture but also the fibres within the protein and how quickly it absorbs various marinades, seasonings and sauces. TiNDLE is incredibly versatile and has added a whole new dimension to our plant-based offering. We are thrilled to be one of the first restaurant partners for TiNDLE in the UK.”

TiNDLE Building out its team

TiNDLE has been making strategically beneficial appointments to support ongoing expansion. Alongside Menezes sits influential people from within teh food manufacturing sector. In a coup for TiNDLE, former CCO of Impossible Foods, Rachel Konrad, joined its board in September last year. Her appointment was made to support a period of hypergrowth, the likes of which she had overseen at Impossible. Also looking to support the next phase of TiNDLE, celebrity chef Andrew Zimmern joined the team as a business and culinary advisor. His role is slated to include providing counsel and business advice during future product developments.

Germany has been identified as a nation of meat and dairy reducers. Despite having a longstanding reputation as the land of sausage and beer, it is seemingly making a switch towards animal-free dining. A survey of more than 7,500 European people found that Germany is second only to Romainia in terms of reduced meat intake. This has opened up a window of opportunity for domestic plant-based players, as well as imports such as TiNDLE. This year alone has seen Berlin-based Perfeggt announce add-on pre-seed funding to bring its liquid whole egg replacement to foodservice and retailers soon. The startup uses fava bean protein to create its signature product. So too does The VGN, a startup founded by previous Aldi supermarket managers with a passion for animal-free foods.

All photos by TiNDLE.