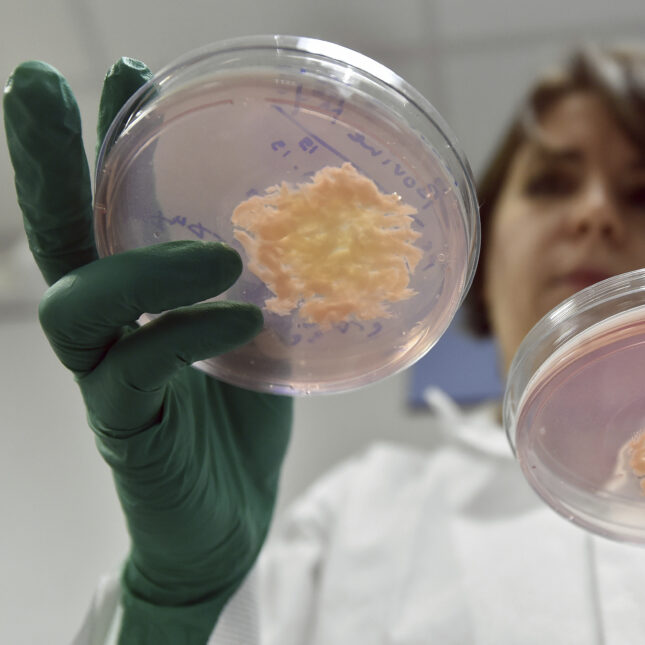 magine a world in which we can produce meat without animals, cure previously incurable diseases by editing an individual’s genetic fabric, and manufacture industrial chemicals in yeast factories. The foundational technologies that could make all this possible largely exist. Rapid and ever-cheaper DNA sequencing has deepened our understanding of how biology works and tools such as CRISPR are now being used to recode biology to treat diseases or make crops less vulnerable to climate change. This is what we call the Bio Revolution.

Explored in a new McKinsey Global Institute research report, which we helped co-author, the Bio Revolution is already benefiting society. A confluence of breakthroughs in biological science and ever faster and more sophisticated computing, data analytics, and artificial intelligence technologies has powered scientific responses to the Covid-19 pandemic. Scientists sequenced the virus’ genome in weeks rather than months, as was the case in previous outbreaks. Bio innovations are enabling the rapid introduction of clinical trials of vaccines, the search for effective therapies, and a deep investigation of the transmission patterns of the virus.

The report estimates that bio innovations could alleviate between 1% and 3% of the total global burden of disease in the next 10 to 20 years from these applications — roughly the equivalent of eliminating the global disease burden of lung cancer, breast cancer, and prostate cancer combined. Over time, if the full potential is captured, 45% of the global disease burden could be addressed using science that is conceivable today.

As much as 60% of the physical inputs to the global economy today are either biological (such as wood for construction or animals bred for food) or nonbiological (such as cement or plastics) but could, in principle, be produced over time using biology. Nylon can already be made using genetically engineered yeast instead of petrochemicals, for instance, “leather” is being made from mushroom roots, and bacteria have made a type of cement.

This Bio Revolution has the potential to be as transformative to business and economies as the Digital Revolution that proceeded it, creating value in every sector, disrupting value chains, and creating new business opportunities. Businesses clearly see the potential — investment in a new generation of biological technologies had already surged to more than $20 billion by 2018.

Many applications are being commercialized. We identified a visible initial pipeline of about 400 use cases, almost all scientifically feasible today, that could create a direct economic impact of $2 trillion to $4 trillion in the next 10 to 20 years — more than half of which is outside health, in sectors as diverse as agriculture and textile manufacturing.

The confluence of biology and computing is already creating new capabilities. Computing is accelerating discovery and throughput in biology. An explosion of biological data due to cheaper sequencing is being used by biotech companies and research institutes that are increasingly using robotic automation and sensors in labs. Biotech company Zymergen, for example, has found that throughput in biological screening can be increased up to 10 times. Advanced analytics, more powerful computational techniques, and AI are also being deployed to generate more acute insights during the R&D process.

New biology-based manufacturing is already cutting costs, improving performance, and reducing the impact on the environment and the natural world. In cosmetics, for instance, Amyris is now making squalane, a moisturizing oil used in many skin-care products, by fermenting sugars using genetically engineered yeast instead of processing liver oil from deep-sea sharks, which was not only expensive but threatened the species with extinction. In textiles, U.S. startup Tandem Repeat is producing self-repairing, biodegradable, and recyclable fabric using proteins encoded by squid genes.

The Bio Revolution could utterly change the food business as plant-based proteins and lab-grown meat gain popularity and in the process cut greenhouse gas emissions from deforestation and animal husbandry. One study found that cultured meat could reduce greenhouse gas emissions by 80% or more compared with conventional meat if all of the energy used in manufacturing comes from carbon-free sources.

Cultured meat and seafood are made using tissue-culture technology, a lab process by which animal cells are grown in vitro. Producers still face a major technical challenge in finding a cost-effective way of growing cells. New players such as Finless Foods, Mosa Meat, Memphis Meats, and Meatable are experimenting with different approaches, including using synthetic molecules and pluripotent stem cells to replace expensive growth factors. Cultured meat and seafood could be cost-competitive with conventional animal production systems within 10 years.

In agriculture, greater understanding of the role of the microbiome offers opportunities to improve operational efficiency and output. By profiling bacteria and fungi in the soil, Trace Genomics, for one, produces insights that help choose tailored seeds and nutrients, and enables early prediction of soil diseases. In consumer markets, ongoing research into the relationship between the gut microbiome and the skin is being used to personalize skin care. Singapore-based genomics firm Imagene Lab, for instance, offers a personalized serum based on the results of its skin DNA tests that assess traits such as premature collagen breakdown.

Such examples give a sense of the breadth of applicability of bio innovation, but there is a significant caveat: risk. Biology will preserve life through innovative treatments tailored to our genomes and microbiomes, but biology could also be the greatest threat to life if it is used to create bioweapons or genetically engineered viruses that can do lasting damage to the health of humans or ecosystems. The CRISPR gene-editing tool is revolutionizing medicine and is being applied to agriculture with great effect. But consider that CRISPR kits are now available to buy on the Internet for $100 and so-called biohackers are using them at home.

Like the Digital Revolution, the Bio Revolution comes with risks — but of a different order of magnitude. If citizens already have misgivings about data being gathered about their shopping habits, how much more nervous will they be about genetic data gathered from their bodies for medical treatment or ancestry tracing — data that couldn’t be more personal.

Another risk is that biological organisms are, by their nature, self-sustaining and self-replicating. Genetically engineered microbes, plants, and animals may be able to reproduce and sustain themselves over the long term, potentially affecting entire ecosystems. Once Pandora’s box is opened — and we have already cracked the lid — we may have little control over what happens next.

Unless such risks are managed, it is possible that the full potential of the Bio Revolution may not materialize. We estimate that about 70% of the total potential impact could hinge on societal attitudes and the way innovation is governed under existing regulatory regimes. Yet if the risks can be managed and mitigated, the Bio Revolution can reshape our world. Scientists, in conjunction with forward-thinking companies, are now harnessing the power of nature to solve pressing problems in medicine, agriculture, and beyond, and helping craft a response to global challenges from pandemics to climate change.

Matthias Evers is a senior partner and global leader of research and development in McKinsey & Company’s pharmaceuticals and medical products practice. Michael Chui is a partner at the McKinsey Global Institute, McKinsey’s business and economics research arm.

The post The Bio Revolution is changing business and society via Cultured Meat appeared first on Clean Meat News Australia.