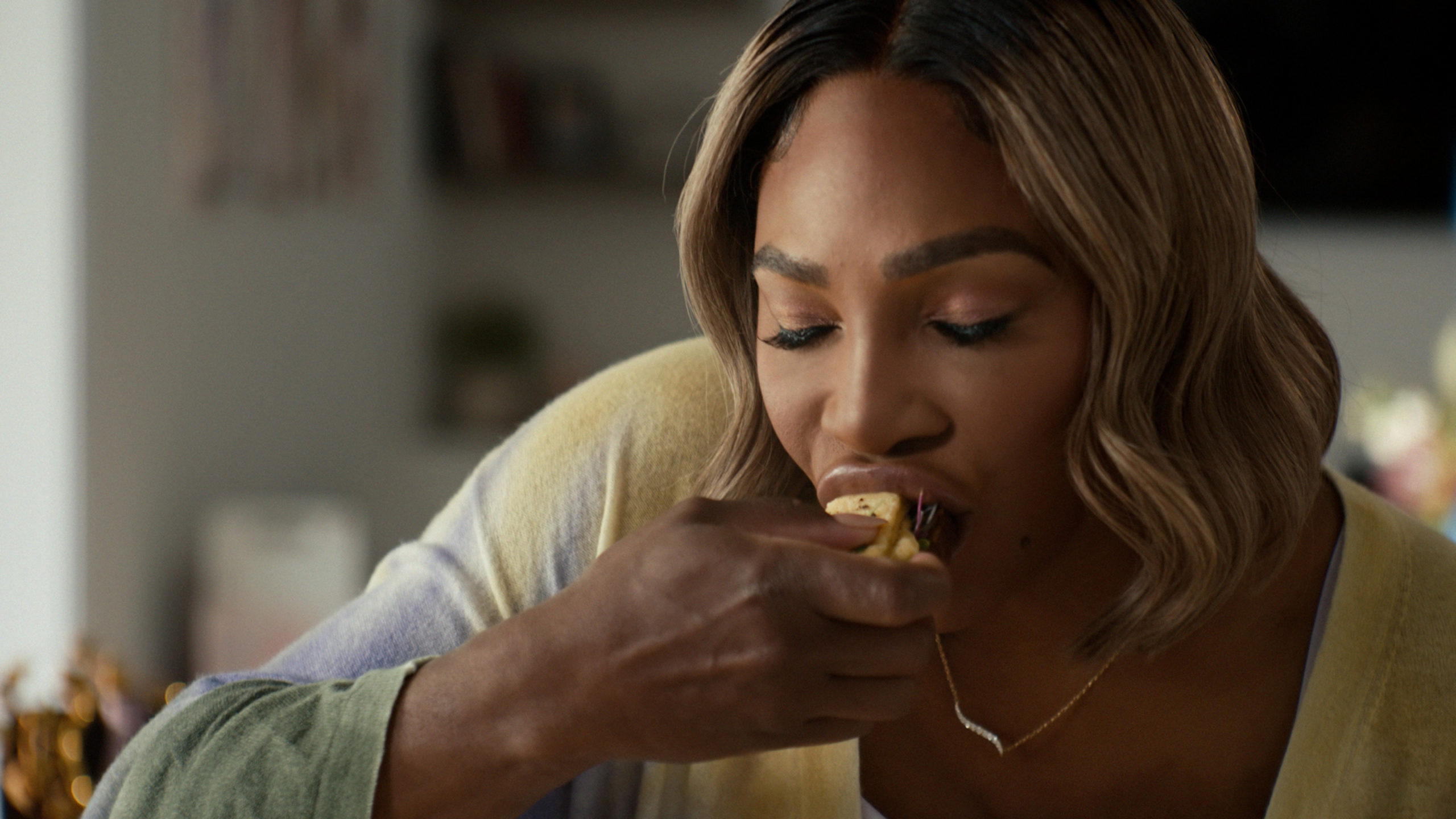 Eat Just’s JUST Egg has attracted a number of celebrity investors. Now, two of the most prominent, Serena Williams and Jake Gyllenhaal, star in satire-rich advertising campaigns to promote the health benefits and taste of the product they have backed.

The tennis legend and actor poke fun at celebrity culture in their respective adverts, referring to the extreme lengths that those in the public eye often go to, to stay in shape. The underlying message is that a swap to JUST Egg is an easier option.

The “Really Good Eggs” campaign emphasises the use of plant-based protein as a source of healthy nutrition. Williams is depicted as a superstar in need of total life management, including having a personal chef and scientist in her kitchen. Gyllenhaal is painted as a fitness fanatic that knows the “sexiest man of the year awards don’t win themselves”. Both are seen eating JUST Egg, while keeping the messaging light and humorous.

Putting their presence where their investment is

“I’m excited to be partnering with JUST Egg,” Gyllenhaal said in a statement. “I’m eating more plant-based for my health, and JUST Egg makes it easy and delicious. I also recognize the impact our food system has on our planet, so JUST Egg’s mission is important to me. And, honestly, who can turn down being narrated by JB Smoove?”

Gyllenhaal is shown refuelling after completing a workout that “only celebrities know about”. Williams is portrayed as a busy celebrity with her time being managed by a plethora of staff. She is presented with a plate of breakfast food, topped with JUST Egg. The insinuation is that one thing she doesn’t have to micromanage or worry about is getting healthy food.

“I’ll let you in on a secret: I don’t actually have a scientist in my kitchen. It’s not that exciting in there. But I do have JUST Egg,” Williams said in a statement. “I eat to live, so JUST Egg helps me feel and perform better. But it’s also delicious – I don’t think my family can even taste the difference between JUST Egg and chicken eggs. I’m also all-in on the mission: how can we make healthy, sustainable options accessible to everyone? JUST Egg is making a real difference, and I’m proud to partner with them and be a shareholder in the company.”

Television ads and billboards are both being used throughout the new campaign. Cities including New York, Chicago, and Los Angeles are being particularly targeted.

The global egg market is predicted to reach $297.47 billion by 2025 at a CAGR of 7 percent. Alongside growing demand, climate change consequences are expected to affect the sector, with global warming thought to contribute to lower quality and smaller eggs. Laying chickens are susceptible to changes in temperature. In hot climates, in farm sheds, birds are less willing to lay and more prone to illness. Despite this, farmers will continue to pack animals into cramped conditions, forcing them to lay.

The egg industry is not just a victim of climate change, it contributes to it. This is a primary reason why Eat Just sought to create JUST Egg. The company claims, in a press statement seen by Green Queen, that its plant-based egg alternatives have, to date, saved the equivalent of 9.1 billion gallons of water, 13,446 acres of land, and reduced greenhouse gas emissions by 43.6 million kilos.

To remove eggs from the food system, Eat Just has put in motion plans to increase its production capabilities. Back in March, the company revealed it has broken ground on its new production facility in Singapore. The location, when completed, will be the largest-ever plant-based protein factory in the country, capable of producing thousands of tonnes of mung-bean egg products each year. It comes as the E.U. recently granted regulatory approval for the sale of JUST Egg in the European market.

In Israel, Yo! Egg has just announced that it will be launching in restaurants later this year. Poached and sunny-side-up whole-egg analogues will be made available and a U.S. launch is already at the planning stage. The startup deliberately sidestepped liquid egg replacements, honing in on the more technically challenging separate white and yolk developments.

All photos by Eat Just.