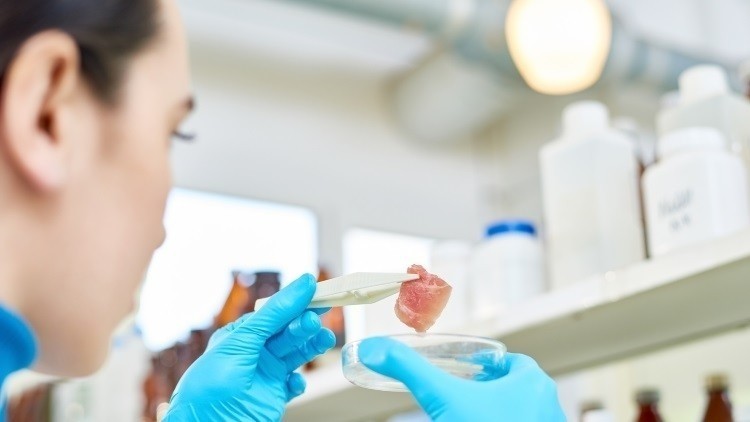 SciFi Foods (formerly known as Artemys Foods) has announced a $22 million funding round. The food-tech startup, which specializes in cultured beef, counts British brand Coldplay among its previous backers. But the new Series A round was led by venture capital firm Andreessen Horowitz. The new funding brings SciFi Foods’ total raised to $29 million. According to SciFi Foods, the finances will be used to continue working on research and development, marketing, and new hires. It has already appointed Myra Pasek to its board of advisors. (Pasek is no stranger to innovative companies, and has previously worked with Impossible Foods and Tesla.)

‘This innovation is the future’

SciFi foods is a cultured meat company. But it’s a little different to others in the industry. While many companies are growing meat from cells in labs and concentrating on scaling up that technology, SciFi foods combines cultured beef with plant-based protein. According to the brand, making meat this way helps to keep costs down, without sacrificing quality or taste. “We’ve devised the technology to grow real meat without the need for an animal — an astounding feat,” said Joshua March, the CEO of SCiFi Foods. “This innovation is the future we once only imagined could be a reality.” Vijay Pande, Andreessen Horowitz’s general partner, agrees with March about the potential of the industry. He said he believes cultured meat will “disrupt the trillion-dollar global market for meat products, with huge benefits to the planet.” “However, there are major cost hurdles,” he added. “SCiFi’s technology and approach were the first we felt that truly has the potential to both scale quickly and to drastically reduce cost.” The cultured meat industry has not yet reached price parity with conventional meat. However, significant progress has been made in the last decade. In 2013, a lab-grown burger cost $330,000. But now, companies like Israeli-based Future Meat have driven this down. The company says the production cost for a pound of its cultured chicken is now around $7.70. The post SciFi Foods Raises $29 Million To Make Cultured Meat (With Some Help From Coldplay) appeared first on Plant Based News. plant-based plant based cultured meat artemys foods impossible foods artemys future meat meat chicken beef burger protein cultured lab-grown venture capital funding industry startup