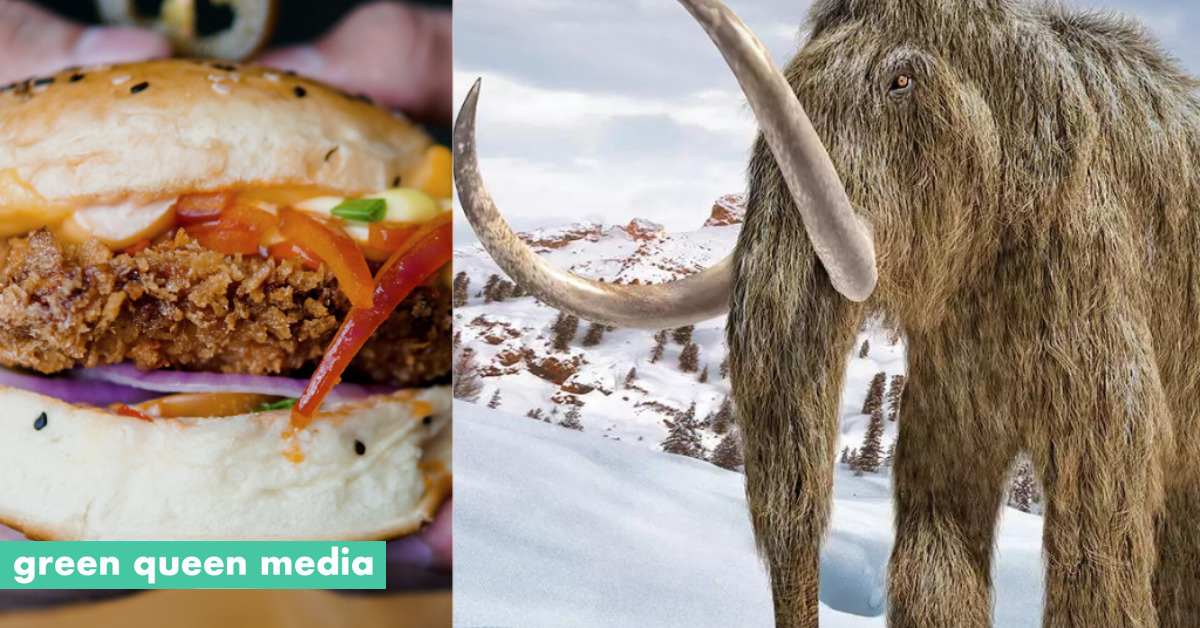 With what it’s calling a breakthrough for plant-based meat, food tech startup Paleo is opening up the opportunity for a range of sustainable proteins including an extinct woolly mammoth “paleo protein” via its novel precision fermentation heme technology.

“When we set out to create the ultimate animal-free meat or fish experience, we quickly zeroed in on heme,” Hermes Sanctorum, CEO and co-founder of Paleo, said in a statement. “Without exaggeration, we can say that we cracked the code of heme, allowing us to produce GMO-free heme that’s bio-identical to the most popular meats and tuna—as well as mammoth.”

Paleo is not the first company to want to resurrect the woolly mammoth in order to help save the planet. Bioscience and genetics company Colossal made headlines last September after announcing it wanted to use CRISPR technology to bring back the animals last seen on the planet about 10,000 years ago. The company says resurrecting mammoths (which would be a hybrid with an Asian elephant) could play a vital role in protecting ecosystems that trap carbon. Since the mammoths’ disappearance, arctic permafrost has been melting as forests have been allowed to grow. Mammoths historically help tundra grasslands thrive by stomping and chomping down forests.

Paleo’s not advocating for turning Colossal’s animals into burgers—its option is entirely plant-based—but it is aligned with the mission. Paleo wants to solve the climate crisis by creating an alternative protein source that reduces the impact on the environment compared to conventional animal protein. In this case, it’s replacing beef and other proteins that contribute to human-caused climate change with more sustainable options. Animal agriculture is responsible for about 15 percent of heat-trapping emissions.

Heme is the novel tech first brought to market by vegan meat brand Impossible Foods for use in its popular burgers. The meaty taste and texture of Impossible Foods’ burgers come from heme. It gives the burgers their “bleeding” texture that turns brown once cooked. It’s also responsible for improving the taste of the vegan meat and offers nutritional value, namely heme-iron that’s more easily absorbed than iron from vegetables.

But it sources its heme from soy root via genetic modification, a controversial gene-editing practice that has been a contributing factor to Impossible’s slow entry into international markets where there are stricter regulations on the technology.

Paleo says it’s achieved its heme without the need for GMO tech. It is relying on precision fermentation, the same tech seeing widespread success for Perfect Day’s whey. The Bay Area food-tech company has launched its own brand of dairy-identical products with its fermented whey as well as wholesaling the ingredient to other manufacturers such as Brave Robot.

According to Paleo, the difference is “immediately clear” in a side-by-side taste test between a conventional plant-based burger and a burger using its heme. “The burger with bio-identical beef heme smells like a burger, changes colour when cooked like a burger and tastes like a beef burger—the other one just doesn’t,” the company said.

“If we want people to adopt meat and fish alternatives, they will have to taste good. We offer more choice and better taste.”

Paleo says current plant-based meat offerings are stuck in an “uncanny valley” where they taste “almost” like their conventional counterparts. With its new patented precision fermentation tech, Paleo says it offers a compelling answer to the problem.

“If we want to meet the 2025 and 2030 forecasts for meat and fish substitutes, we need game-changing technology like Paleo’s,” Sanctorum said. “Current technologies just can’t deliver on the projections of the market for 2030 or even 2050. With Paleo, a true flexitarian lifestyle does become possible.”

The company says it is ramping up production of its heme and products will be making their market introduction next year in the U.S., Canada, Europe, Latin America, and Asia. It’s currently preparing for its Series A funding to support production and development.

“Paleo heme production is only the beginning,” says Andy de Jong, COO and co-founder of Paleo. “Using our technology, we can also create other ingredients that are essential to the meat or fish experience and mouth feel, like fats. We’re very excited about the possibilities that our technology offers.”