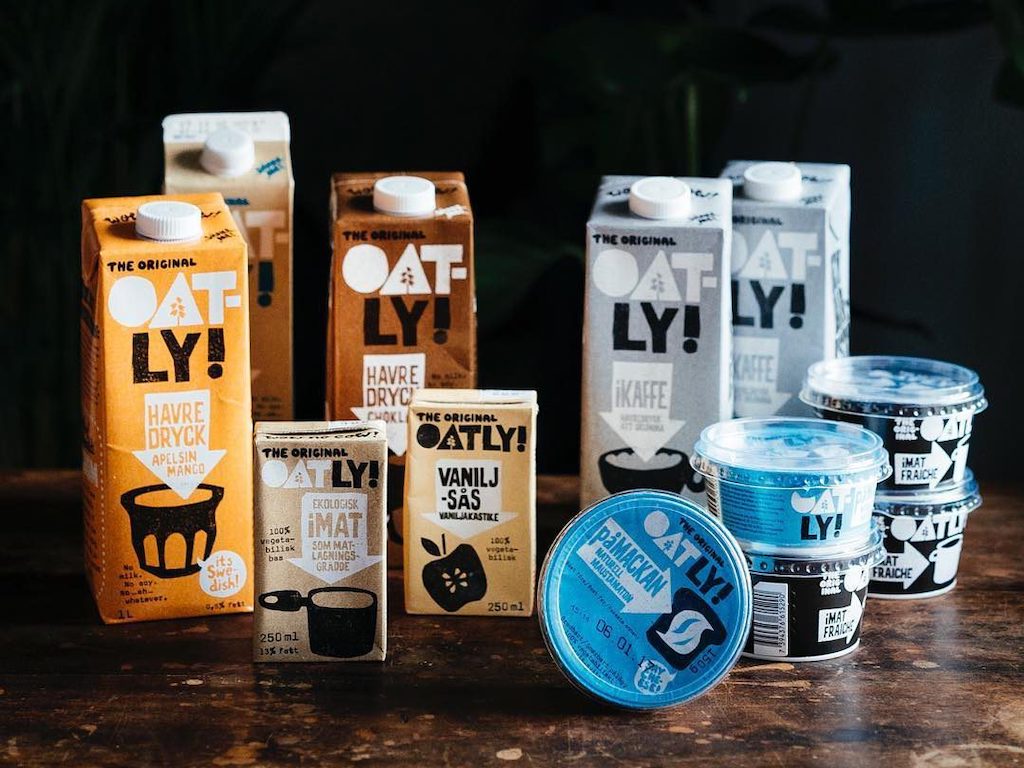 The Wall Street Journal reports that Jean-Christophe Flatin, a soon-to-be-former Mars executive, is being considered the top candidate to replace Oatly’s outgoing CEO Toni Petersson. Flatin is joining Oatly on June 1 as global president but the company has not confirmed any potential future appointments.

Petersson is looking to move into a business development role for the alternative dairy giant, hence the need to find a successor. The company has been on the hunt for a suitable candidate since last summer, especially as the company has struggled with stock price volatility.

Petersson has led Oatly for a decade, and wants to focus his attention on strategy and business development to strengthen the company following supply issues and stock value decreases. This is not an unusual move, especially now and within the alternative foods sector.

In March, Impossible Foods announced that Pat Brown is stepping down from his CEO role to, again, focus on strategic operations. Brown, who founded Impossible, will remain on board as chief visionary officer, but cited a desire to get more involved in business development again.

Oatly’s rise to the top of the alternative dairy industry did not protect it from sector turbulence. Supply chain issues and production disruptions have led to warnings of price hikes for consumers. A formal warning from the Advertising Standards Authority for misleading adverts further added to the beleaguered company’s woes. Oatly was officially found guilty of greenwashing in February.

A top-tier shake-up is now imminent and though Oatly refuses to confirm a potential transition for Flatin, he is considered a highly suitable candidate for the CEO role. He brings with him a legacy of CPG management and quantifiable global growth for the companies he has worked for. Mars secured him for 30-plus years, with its Royal Canin and global chocolate divisions benefitting from his experience.

The face of Oatly’s infamous ‘wow, no cow’ adverts, Petersson became something of a celebrity in his own right whilst leading the company. He took Oatly from less than $30 million in sales, back in 2012, to $643 million in 2021. This year is projected to see $880 million in revenue.

Once the darling of the plant milk scene, oat milk is facing new competition in the form of precision fermented dairy. Developed to be the most realistic alternative to conventional cow’s milk, but without the environmental impact or animal derivatives, precision fermented milk aims to become the consumer option of choice. Currently, almond milk remains the most frequently purchased, accounting for 63 percent of the plant milk market. It is followed by oat, which usurped soy from the number two spot in 2020.

California’s Perfect Day has commercialised its animal-free whey protein, allowing fellow alt-dairy manufacturers to power their products with it. Amongst them are betterland foods, which launched its cow-free milk in February this year and Bored Cow. The latter recently unveiled its line of flavoured milk, all developed using Perfect Day whey.

Israel’s Remilk is scaling its precision fermentation operation, following a $120 million Series B raise in January this year. The startup is constructing the world’s largest animal-free dairy factory, after securing a 750,000 square foot plot in Denmark. When complete, the facility is slated to produce the equivalent amount of milk produced by 50,000 cows, per year.

The post Oatly Rumoured To be Whittling Down List Of Candidates For CEO Position appeared first on Green Queen.