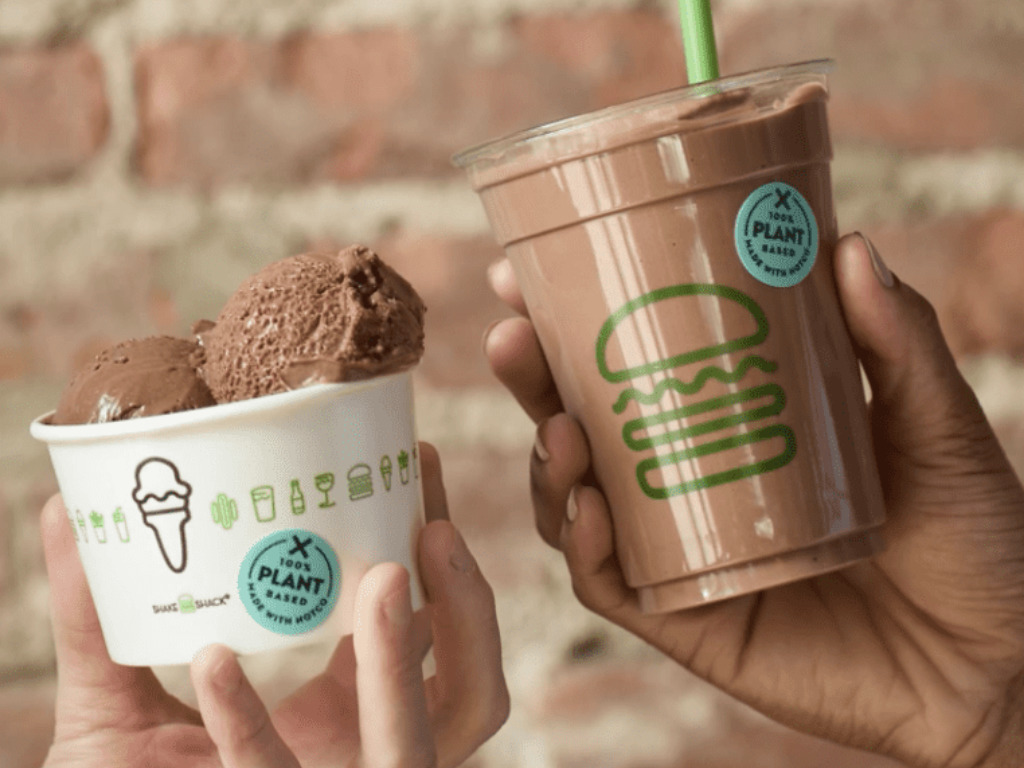 Chilean food tech NotCo has partnered with U.S. fast casual burger chain Shake Shack. The two have developed a dairy-free chocolate custard and a chocolate shake to be tested in ten restaurant locations. The plant-based offerings will be available in New York and South Florida through the summer months to gauge consumer interest.

The partnership marks the first of its kind for NotCo. Shake Shack is the first U.S. foodservice player to work with the unicorn startup, which creates plant-based versions of existing foods using proprietary AI technology.

Taking on a legacy

Founded in 2004, Shake Shack quickly became a major player in the fast-food sector. It’s known for its frozen custards, decadent shakes and accommodation of vegetarians. Following the partnership with NotCo, vegans will be able to enjoy sweet treats as well.

“We have been looking at the plant-based space for a while and are so excited to be partnering with an innovative food-tech leader such as NotCo,” Jeff Amoscato, SVP of supply chain and menu innovation at Shake Shack told Business Wire. “Non-dairy custard and shakes have been something our guests have wanted and we are looking forward to seeing where this test takes us.”

NotCo tasked its proprietary AI system, Giuseppe, to analyse and mimic Shake Shack’s existing menu items. R&D was carried out to mirror the flavour, creaminess and mouthfeel of custards and shakes, despite removing all dairy and eggs. The process was completed in under four months. The resulting non-dairy custard stands alone as a menu item and is mixed with NotMilk to create the chocolate shake.

“Shake Shack is a brand that I’ve always loved, and grew up enjoying,” Matias Muchnick, CEO and co-founder of NotCo told Business Wire. “Their food is unfussy, consistently delicious, and high quality. In a way, Shake Shack has created the perfect blueprint for what we want to emulate with our plant-based foods, and we’re so excited to be kicking off this journey into Food Service with their team.”

Lactose intolerance is estimated to affect around 36 percent of people living in the U.S. BIPOC individuals are more prone than any other group to adverse effects from dairy consumption.

The nonprofit organization Switch4Good claims that up to 95 percent of BIPOC people are unable to ingest lactose, yet alternatives remain distinctly non-mainstream. It refers to this as ‘dietary racism’, whereby a minority is being penalised for involuntary dietary restrictions and having to either go without or pay a premium for suitable products. Shake Shack offering lactose and dairy-free menu items is a step towards mainstream adoption.

So far no details have been released about pricing or potential rollout, following a successful trial period. If wider distribution did go ahead, it could see NotCo-developed custard and shakes in more than 350 locations in the U.S. Shake Shack also counts more than 100 international restaurants in its portfolio.

One of the fastest-growing food techs globally, NotCo is finding presence in multiple niches of the food industry. First came its milk, mayo, and ice cream analogue, followed by beef and finally, chicken. In the midst of these developments came a partnership with Starbucks and investment from Shake Shack founder Danny Meyer’s own investment fund.

One day after reports of NotCo’s chicken success, the company broke the news that it was looking to branch out into alternative seafood. As part of the company’s 2022 plans, moves into Asia and Oceania were cited, alongside development of products that would appeal specifically to those new markets. Whole-cut salmon and tuna have been specifically named as being in the pipeline.

Most recently, NotCo announced it will be joining forces with Kraft Heinz. The two will be creating a global plant-based portfolio under the name ‘Kraft Heinz Not Company’.