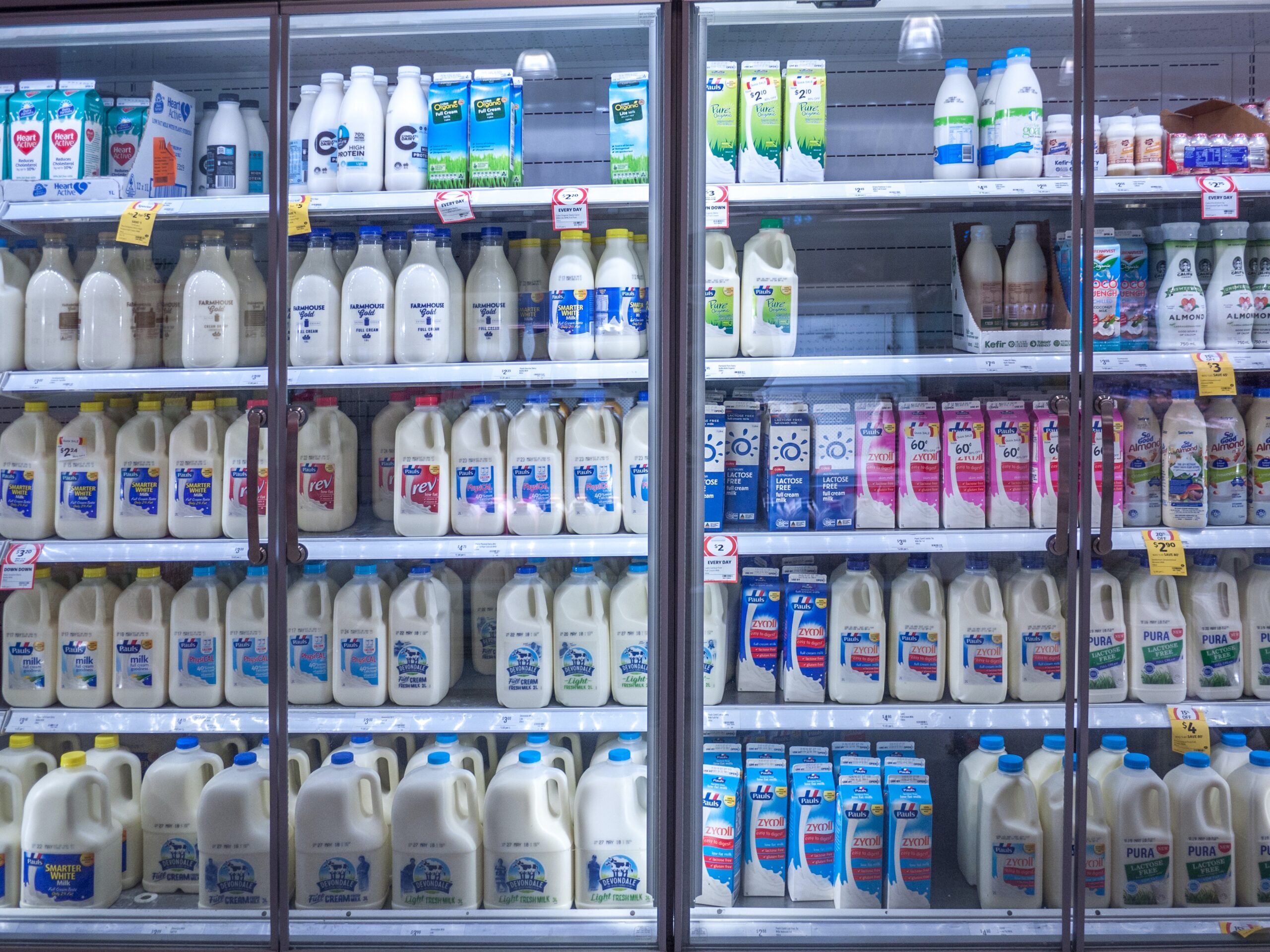 The global dairy industry is changing. Among the disruptions is competition from food alternatives not produced using animals – including potential challenges posed by synthetic milk.

Synthetic milk does not require cows or other animals. It can have the same biochemical make up as animal milk, but is grown using an emerging biotechnology technique know as “precision fermentation” that produces biomass cultured from cells.

More than 80% of the world’s population regularly consume dairy products. There have been increasing calls to move beyond animal-based food systems to more sustainable forms of food production.

Synthetic milks offer dairy milk without concerns such as methane emissions or animal welfare. But it must overcome many challenges and pitfalls to become a fair, sustainable and viable alternative to animal-based milk.

Not a sci-fi fantasy

Unlike synthetic meat – which can struggle to match the complexity and texture of animal meat – synthetic milk is touted as having the same taste, look and feel as normal dairy milk.

Synthetic milk is not a sci-fi fantasy; it already exists. In the US, for example, the Perfect Day company supplies animal-free protein made from microflora, which is then used to make ice cream, protein powder and milk.

In Australia, start-up company Eden Brew has been developing synthetic milk at Werribee in Victoria. The company is targeting consumers increasingly concerned about climate change and, in particular, the contribution of methane from dairy cows.

CSIRO reportedly developed the technology behind the Eden Brew product. The process starts with yeast and uses “precision fermentation” to produce the same proteins found in cow milk.

CSIRO says these proteins give milk many of its key properties and contribute to its creamy texture and frothing ability. Minerals, sugars, fats and flavours are added to the protein base to create the final product.

Read more: Which 'milk' is best for the environment? We compared dairy, nut, soy, hemp and grain milks

Towards a new food system?

If the synthetic milk industry can achieve this cost aim across the board, the potential to disrupt the dairy industry is high. It could steer humanity further away from traditional animal agriculture towards radically different food systems.

A 2019 report into the future of dairy found that by 2030, the US precision fermentation industry will create at least 700,000 jobs.

And if synthetic milk can replace dairy as an ingredient in the industrial food processing sector, this could present significant challenges for companies that produce milk powder for the ingredient market.

The synthetic milk industry must grow exponentially before it becomes a sizeable threat to animal-based dairy milk. This will require a lot of capital and investment in research and development, as well as new manufacturing infrastructure such as fermentation tanks and bioreactors.

Production of conventional animal-milk in the Global South now outstrips that of the Global North, largely due to rapid growth across Asia. Certainly, the traditional dairy industry is not going away any time soon.

Read more: The milk, the whole milk and nothing but the milk: the story behind our dairy woes

And synthetic milk is not a panacea. While the technology has huge potential for environmental and animal welfare gains, it comes with challenges and potential downsides.

For example, alternative proteins do not necessarily challenge the corporatisation or homogenisation of conventional industrial agriculture. This means big synthetic milk producers might push out low-tech or small-scale dairy – and alternative dairy – systems.

What’s more, synthetic milk could further displace many people from the global dairy sector. If traditional dairy co-ops in Australia and New Zealand are moving into synthetic milk, for example, where does this leave dairy farmers?

As synthetic milk gains ground in coming years, we must guard against replicating existing inequities in the current food system.

And the traditional dairy sector must recognise it’s on the cusp of pivotal change. In the face of multiple threats, it should maximise the social benefits of both animal-based dairy and minimise its contribution to climate change.

Milena Bojovic does not work for, consult, own shares in or receive funding from any company or organization that would benefit from this article, and has disclosed no relevant affiliations beyond their academic appointment.