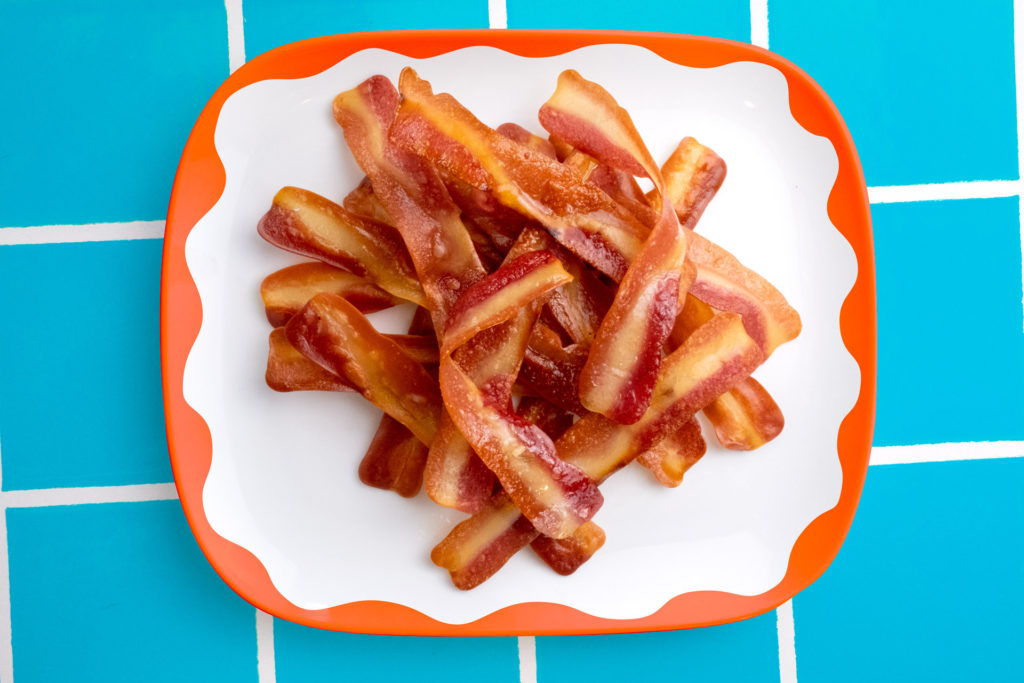 “Since our debut in late 2020, we’ve been focused on reaching meat eaters and flexitarians because they are a key demographic in driving our mission of creating a healthier planet going forward,” said Sri Artham, CEO and founder of Hooray Foods. “Taste has always been the greatest barrier to people trying plant-based meats, so from the moment our original bacon hit stores, we knew there was more work to be done.”

“We’ve spent more than a year and a half testing a variety of ingredients to improve our texture, researching flavors to create a rounder flavor profile, and conducting a comprehensive color analysis to elevate the appearance of the product,” said Hooray Foods food scientist Patrick Dziura. “The end result is a winning combination that delivers the full sensory experience of cooking and eating bacon.”

Hooray Foods AWESOMER bacon began rolling out in July to grocery stores including Whole Foods Market nationwide, Wegmans and other regional retail chains, independent grocers, as well as restaurants like Fuddruckers. Shoppers can identify the new version with a green “AWESOMER” sticker on the package.