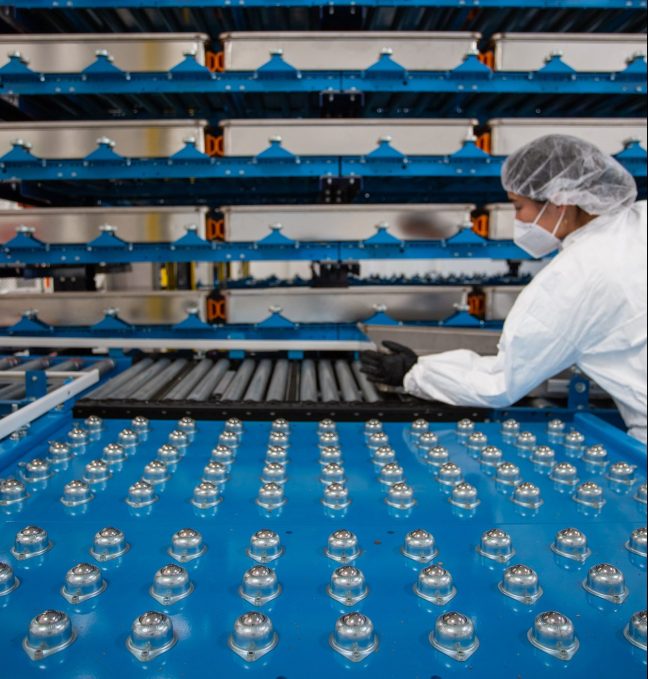 MycoWorks, a company making a fungal-based biomaterial that can replace leather, brought in a fresh round of funding — $125 million in Series C financing — to fund a production plant for scaling the manufacture of its flagship product Reishi.

CEO Matt Scullin says what his company is doing in terms of fabrics is different from its competitors, touting the company’s Fine Mycelium process as “a biotechnology platform that engineers mycelium to grow the only made-to-order, made-to-specification luxury material.”

“A lot is happening in this space,” he added. “Mycelium is a tunable material, and a lot of folks are entering the space because they see opportunity for it. However, their main approach is taking fibers and embedding them in plastic, which results in a low-quality material like ‘pleather.’”

Indeed, the California-based company, founded in 2013 by Philip Ross and Sophia Wang, is among a hot trend of companies working with fungus and other plant-based materials to make fabrics for fashion. When we previously profiled MycoWorks in 2020 for its $45 million raise, we pointed to companies like Bolt Threads (mushrooms), Ananas Anam (pineapple fibers) and Desserto (cactus leather) doing similar things.

In addition to using plant-based materials for fashion, other companies are finding success with fungi-based technology. Nature’s Fynd, which raised $350 million in a Series C round in 2021, created Fy, a vegan protein that can be used as a solid, liquid or powder to make sustainable foods, like meat and cheese. Atlast Food is doing something similar, making meat alternatives from gourmet mushroom mycelium. Meanwhile, MycoTechnology, which is using a fermenting process to make — among other things — a mushroom extract that blocks the undesirable flavors of other foods, closed on a Series D round of over $120 million in 2020.

Meanwhile, the Series C was led by Prime Movers Lab, with participation from new investors, notably SK Capital Partners, Mirabaud Lifestyle Impact and Innovation Fund, which joined a group of other new and existing investors. To date, the company raised $187 million in total.

MycoWorks launched its first partnership with Hermès in early 2021 and now has contracts in place with a range of major global luxury brands. Scullin told me that if it is a luxury brand you have heard of, the company is probably partnering with them.

Despite its initial workings in the luxury space, MycoWorks also aims to move toward mass scale production that would enable products at a range of price points. The funding will enable the company to do this, Scullin said.

The company’s new production plant will be built in Union, S.C. and comes on the heels of a successful pilot plant in Emeryville, California. That’s where MycoWorks was able to validate its tray-based process and demonstrate scalability of the Fine Mycelium process when it met a production milestone of 10,000 trays processed. Scullin expects the plant to be operational in the next 12 months and will initially be able to produce volumes of several million square feet of Fine Mycelium per year.

To meet the demand for sustainable goods driven by consumers, Scullin also plans to invest the financing into expanding the team, R&D and technology development. The company received thousands of inbound requests from brands to be selected to be the first to use Fine Mycelium.

He estimates that $150 billion of leather products are sold each year, which means the opportunity is big, especially as that consumer tailwind continues to be “one of the powerful forces in the economy right now,” he added.

When choosing Prime Movers Lab and others to invest in the round, Scullin said that all of them had a common expertise in biotechnology and manufacturing scale-up, which was needed by the company right now.

“What MycoWorks has achieved with its Fine Mycelium platform is not just a breakthrough, it is a revolution for industries that are ripe for change,” said David Siminoff, general partner at Prime Movers Lab, in a written statement. “This opportunity is massive and we believe that unrivaled product quality combined with a proprietary scalable manufacturing process has MycoWorks poised to serve as the backbone of the new materials revolution.”