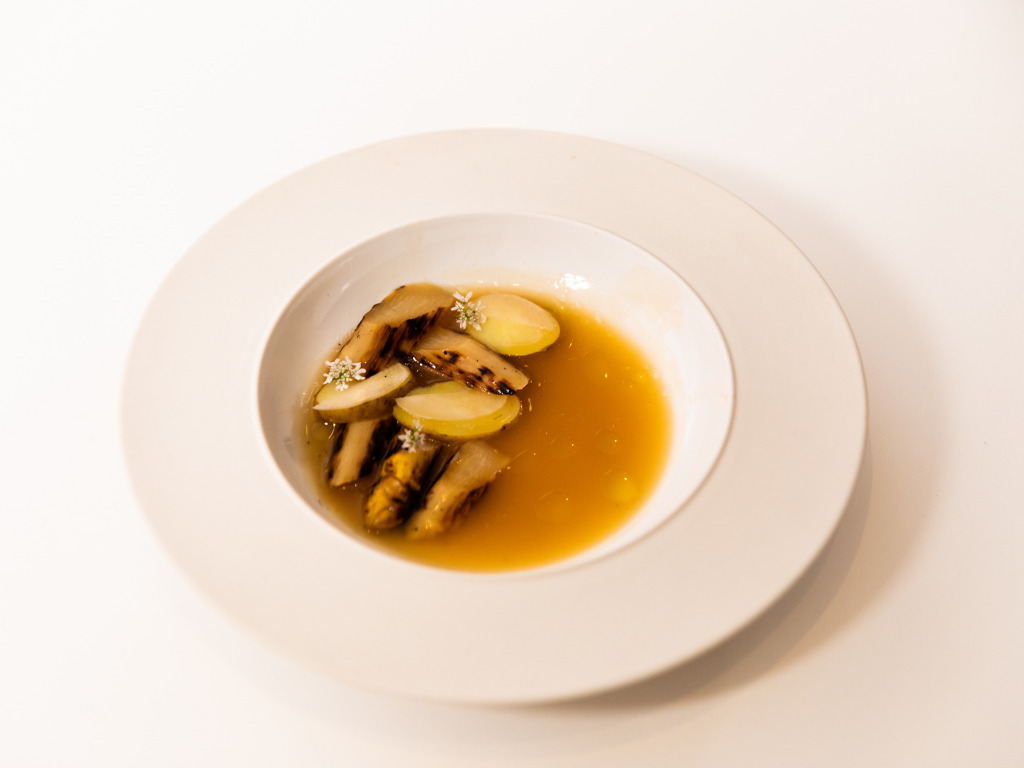 California-based vegan honey maker MeliBio celebrated World Bee Day with Michelin-starred restaurant Eleven Madision Park (EMP). The two came together in New York to host an event which included cocktails and a four-course meal. Attendees were exclusively invited to the celebration and took away gift bags with MelioBio honey and an EMP tin in them.

MelioBio and EMP share core beliefs that centre around sustainability. As a result, the event was curated to showcase locals brands and talent that deosntarate impact awareness. All floral arrangements were created by Starbright Floral Design, a florist in New York that specialises in sustinable flowers. All arrangements were donated after the event.

EMP was a natural choice for the location of a World Bee Day event. Upon reopening after the Covid-19 pandemic, the restaurant went fully plant-based under the direction of head chef Daniel Humm. What was once a meat-focussed menu became animal-free, in a bid to move towards a more sustainable food system.

Most recently, Humm and his chefs have devised a vegan meal kit subscription service, available in select parts of Manhattan. Meal kits include all ingredients necessary to make favourite dishes fromth restaurant menu, for less tan half the cost. A one-person kit, including one full day of meals and snacks, costs $150.

The importance of World Bee Day

World Bee Day, designated by the U.N. in 2017, puts the planet’s chief pollinators in the spotlight. As it stands, there are more than 20,000 wild and native bee species in the world and more are becoming endangered, as a result of climate change. The practice of commercially farming bees has a role to play in their reduced numbers as well. The organisers of World Bee Day claim that there has been a 90 percent drop in global bee populations in recent years, which is impacting every ecosystem on earth.

As an offshoot of bee populations dwindling, honey manufacturers are facing increasingly unpredicatble supply chain disruptions. MeliBio was founded to offer an alternative to conventional honey that would allow bees to be free of commercial constraints and consumers to still access the taste they love.

“World Bee Day is the perfect occasion to reflect on the importance of bees for survival of humans and the entire Earth. We at MeliBio think of bees every single day while building the better honey industry that finally gives bees a break and helps restore the bee biodiversity,” Darko Mandich, CEO and co-founder of MeliBio said in a statement. “By showcasing our first-of-its-kind award-winning honey at the three-Michelin star Eleven Madison Park in New York, we prove that animal-free honey delivers on taste, nutrition, and applications in high-end food and beverage formulations.”

The sweet taste of success

Back in March, MeliBio secured $5.7 million in seed funding. The round was led by Astanor Ventures and was launched to help the startup scale its precision fermentation technology. Having unveiled its honey last October, MeliBio reports signing more than 40 letters of intent from around the world, to introduce its bee-free innovation. Tasters are on record as not being able to tell the difference between conventional honey and MeliBio’s precision fermentation-produced alternative.

Alongside bees, other insect populations are demonstrating falling numbers. Climate change caused by human endeavours, notably agriculture, are wiping out creepy crawlies. Among them, vital pollinators which have been shown to be 70 percent less populus farmed areas. Such findings represent a threat to biodivesity and food security, leading scientists to call for more awareness.

All photos by MeliBio.