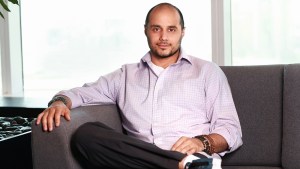 A global food tech conference is coming to San Francisco this March, bringing together more than 1,000 delegates and 120 speakers with the view of securing a more sustainable future.

Many of the attendees are championing a shift towards plant-based in a bid to make our food system less destructive to the environment.

Prince Khaled bin Alwaleed – entrepreneur and Saudi prince – is among the speakers, along with representatives from industry giants like Cargill, Tyson Ventures, The Kellogg Company, Meta, Danone, and Pepsico.

Further, three alternative chicken brands – Sundial, Meati, and Umiami – will partake in an interactive cook-off, followed by an audience Q&A.

Across various panels, speakers will discuss nutrition and health, food waste, paths to a net-zero economy, and alternative protein.

The latter topic will cover plant-based meat, as well as fermented and cultured meat products. Panelists will look at the processes being used within the sector as well as emerging technologies that could improve categories that are “lagging behind,” such as cheese and fish, the conference agenda says.

Prince Khaled, who is a co-owner of Plant Based News, adheres to an animal-free diet. Environmental and ethical concerns are at the core of his motivations.

At the upcoming conference, the entrepreneur will participate in an investor panel alongside the likes of Pae Wu, CTO of IndieBio and Partner at SOSV, Deena Shakir, Partner at Lux Capital, and Philip Erlanger, Managing Partner at Pontifax.

The experts will discuss profitable investments into sustainability, as well as the role of cryptocurrency and web 3.0 in food venture financing.

Prince Khaled is no stranger to sustainability-driven investments. Last year, the prince was appointed to the advisory board of XPRIZE’s Feed the Next Billion.

The initiative seeks to award a total of $15 million to companies creating realistic, nutritious, and environmentally conscious alternatives to chicken or fish.

Future Food Tech will take place in San Francisco from March 24-25, 2022. It will also be broadcast online. Those looking to register can do so here.