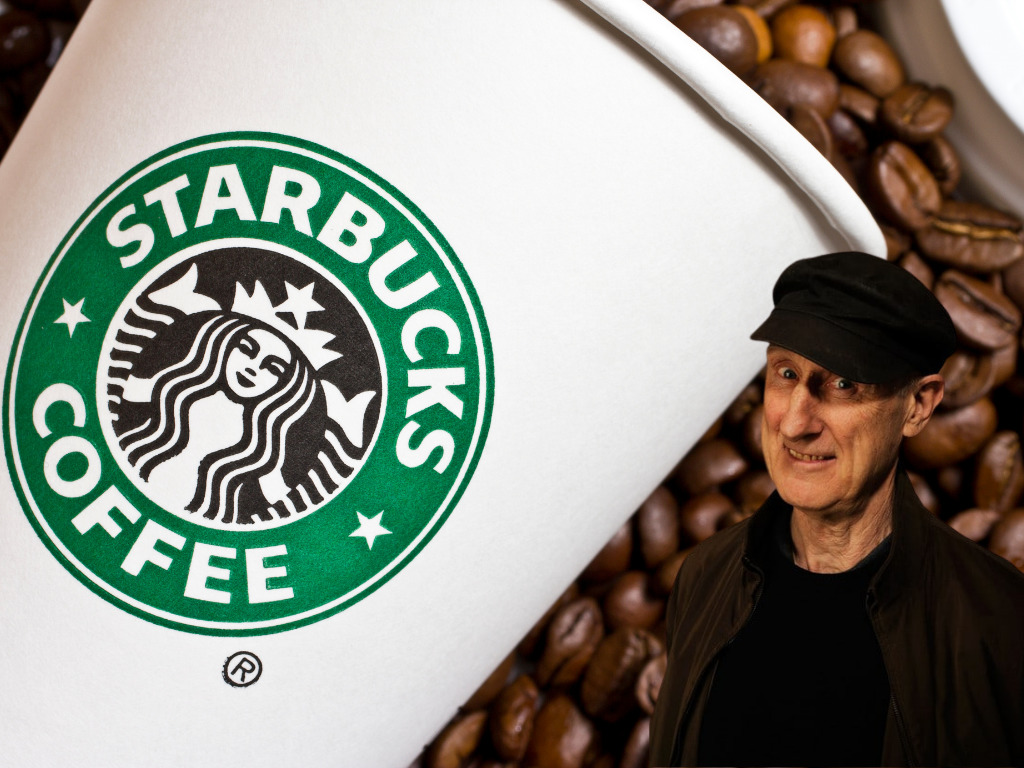 Actor and activist James Cromwell, known best for his roles in Succession and Babe, superglued himself to a Starbucks counter in New York earlier this week. The act was a form of protest against the coffee chain’s continued implementation of a surcharge on all plant milk options. Cromwell participated alongside members of PETA, who coordinated the activity.

Cromwell has been associated with the animal rights group PETA after becoming an ethical vegan while starring alongside pigs in the 1995 film, Babe. He has previously noted that he cared about the animal’s welfare during shooting and after seeing pork on the lunch menu, realised he needed to “go the full hog” and switch from being vegetarian to vegan.

Sticking it to Starbucks

Starbucks U.S. still charges around 70 cents extra for plant milk options in its drinks. This, despite the UK scrapping the practice in January this year and Paul McCartney making a personal plea last month.

Honorary PETA director Cromwell took matters into his own hands and superglued himself to a serving counter to make his and the activist organisation’s feelings known.

“My friends at PETA and I are calling on Starbucks to stop punishing kind and environmentally conscious customers for choosing plant milks,” Cromwell said in a press release from PETA. “We all have a stake in the life-and-death matter of the climate catastrophe, and Starbucks should do its part by ending its vegan upcharge.”

The protest carried on for 30 minutes before police arrived to clear activists from the Manhattan location. Cromwell had to remove glue from his hands with a knife before being escorted out. Despite the upset, Starbucks revealed that it is not anti-protest.

“We respect our customers’ rights to respectfully voice their opinions so long as it does not disrupt our store operations,” a Starbucks spokesperson said in a prepared statement.

Why the surcharge continues to disappoint

Starbucks’ unwillingness to drop its surcharge is heralded as environmentally and socially obstructive. As an industry, conventional dairy is unethical and emissions-heavy. Cows are subjected to a lifetime of forced impregnantion and seperation from their calves, plus unsanitary conditions.

The realities of New Zealand’s sector specifically were highlighted by a recently released documentary, Milked. It calls the industry the country’s “biggest threat”, having once been a source of national pride. What started as an investigation into the environmental and health impacts of animal agriculture quickly transformed into a deep dive into the dairy sector.

The 2021 Meat Atlas report revealed, earlier this year, that the top five meat and dairy companies in the world generated more emissions than major oil companies. A switch to plant-based meat and dairy has been suggested as a simple but effective change that could contribute meaningfully to reducing food production emissions. Unsurprisingly, given New Zealand’s connection to meat and dairy manufacturing, it protested against such suggestions in the latest IPCC report executive summary.

Despite retaining its plant milk surcharge, Starbucks has appeared to align with vegan diners in other ways. Partnerships with meat-free companies such as Chile’s NotCo and Hong Kong’s Green Monday have put more plant-based dishes on the menu than ever before.

It has even welcomed Perfect Day’s dairy-identical but animal-free milk to some of its Seattle locations. Interestingly, no information was available as to whether or not this was subject to the alt-dairy surcharge while being trialled for a limited time. If not, it raises extra questions about why some milk varieties are still being eyed with commercial prejudice.