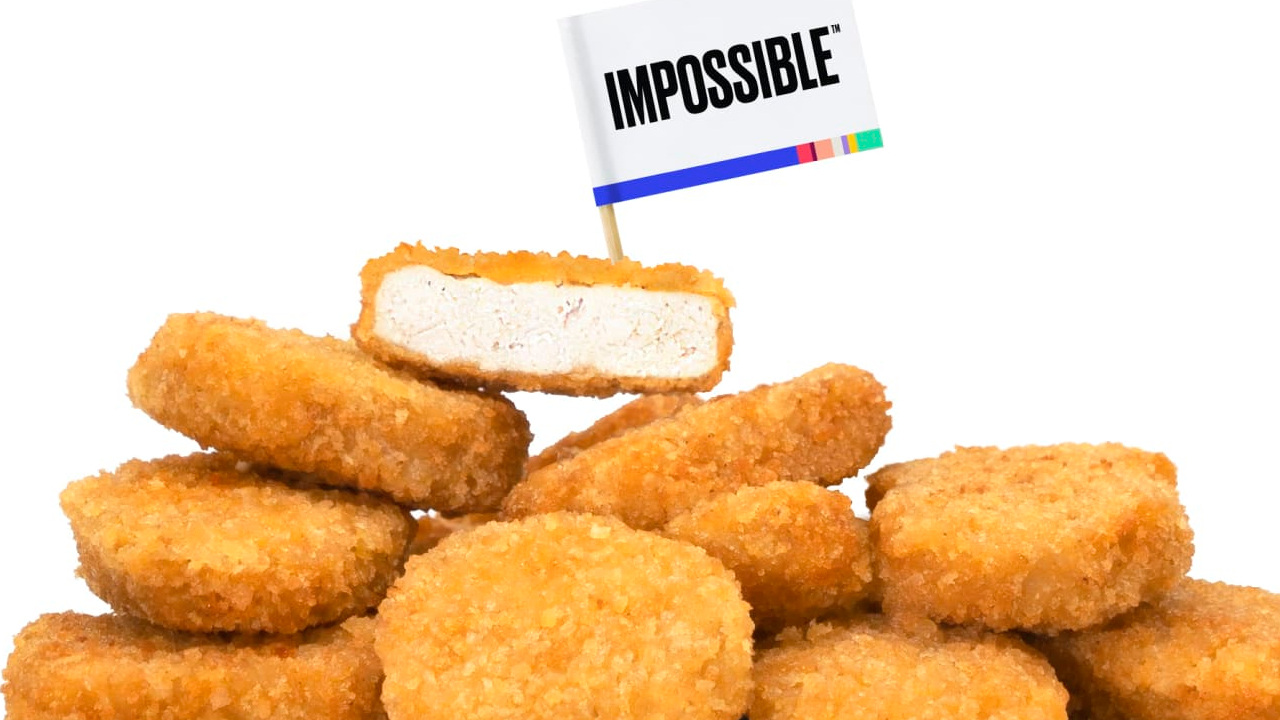 Taste test: Impossible conducted a blind taste test in Irving, Texas, among 201 meat-eating consumers, “many of whom regularly eat plant-based products.” Of those surveyed, 74 percent said they preferred Impossible Chicken Nuggets over animal chicken nuggets from a leading supplier. Impossible said its product scored higher in liking in every category, including texture, flavor and overall appearance. Impossible Foods is expanding beyond its plant-based beef and pork lines with an all-new category. Impossible Chicken Nuggets “feature a golden, crispy breadcrumb coating, a juicy and springy white meat texture and a savory chicken flavor” that contains 40 percent less saturated fat and 25 percent less sodium, per serving, compared to animal chicken nuggets. The company also said that according to a preliminary life cycle assessment, Impossible Chicken Nuggets use 48-49 percent less land, 43-44 percent less water and generate 36 percent less GHG emissions compared to animal-based nuggets. Yeah, but how do they taste? Engadget’s N. Lee recently tried the nuggets at a local Gott’s Roadside in San Francisco.

They were absolutely delicious, with a crispy well-seasoned breading and a juicy, moist interior. Fresh out of the fryer, they definitely tasted better than the “chik’n” nuggets from the likes of Gardein or Boca Burgers. They didn’t taste exactly like chicken either, but they were close enough that I didn’t mind. In fact, when dipped in various sauces (Gott’s serves them with ranch, ketchup and honey mustard), they were indistinguishable from the real deal.

Impossible Nuggets will be available at select restaurants around the country starting today including Tal Ronnen’s Los Angeles hotspot Crossroads Kitchen, David Chang’s fried chicken concept Fuku in New York City and Sean Brock’s fast-food tribute Joyland in Nashville. But you don’t have to go to a specialty restaurant to find the new nugs. Fatburger and Dog Haus will have them nationwide this week, and later this month, you’ll be able to pick up Impossible Nuggets at grocery stores including Kroger, Walmart, Albertsons, Gelsons, Giant Stores, ShopRite and Safeway. By the end of 2021, Impossible Foods expects to have its nuggets available in more than 10,000 grocery stores.
Most Related Links : verity news now Governmental News Finance News Source link The post Impossible’s plant-based chicken nuggets are now rolling out nationwide appeared first on veritynewsnow. plant-based gardein impossible foods meat chicken beef pork burgers